Having survived algal blooms, urbanisation and vegetation clearing over the years, the Peel-Harvey Estuary is now the focus of a restoration effort involving international and local groups. 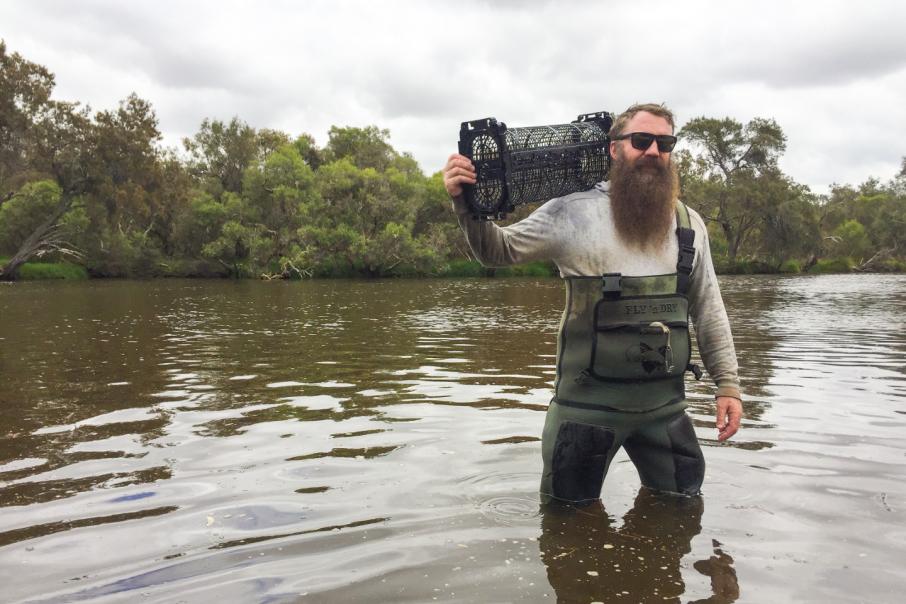 Alan Cottingham says the data collected from mussels will be used to determine where in the estuary it will be best to build new reefs.

Having survived algal blooms, urbanisation and vegetation clearing over the years, the Peel-Harvey Estuary is now the focus of a restoration effort involving international and local groups.

As part of its commitment to the Peel-Harvey region, the Alcoa Foundation has provided $US500,000 to fund research aimed at improving and protecting the waterway.

The foundation, which is the international investment agency of aluminium company Alcoa, has provided the grant to environmental agency The Nature Conservancy, allowing it to move into a new stage of restoration work in the area.

TNC Australia marine manager Chris Gillies said the funding was the next phase in a major commitment by Alcoa to the region.

The two-year project will combine with the local Marine Men’s Shed, which will help to deploy native blue mussels throughout the estuary system.

Dr Gillies said that the relationship with Alcoa was a first for TNC in Australia, and signified an effective collaboration between the two global companies, and groups in Western Australia.

“TNC brings the international expertise and experience, but it’s about merging that with the local experience and expertise,” he said.

“That forms a pretty formidable partnership.”

Greening Australia and the Peel-Harvey Catchment Council are also undertaking restoration projects on the estuary, supported by Alcoa.

“Our funding is part of the $2 million Alcoa Foundation commitment to the Peel-Harvey system, which was announced early last year,” Dr Gillies said.

“So I think it’s a reflection of Alcoa’s strong connection and commitment to local groups.

“With the expertise of TNC being able to support the objectives of local groups, we really have a complete team now working on the project.”

In collaboration with Murdoch University, researchers will begin deploying micro-tech devices fitted to the mussels to better understand the health of the shellfish over time, and assess the viability of creating new shellfish reefs in the estuary.

“The data from the valvometers will be used to assess the health of the mussels over time and link this to changes in water quality to determine where in the estuary it will be best to build new reefs.”

Dr Gillies said shellfish reefs were generally little understood outside research circles in Australia, but were highly effective at restoring the health of stressed bays and estuaries due to their ability to prevent erosion and improve water quality.

Once a common part of coastal eco-systems, shellfish reefs became a commodity and were harvested out by early Europeans.

The Peel-Harvey project was part of a national program to restore Australian bays and estuaries, Dr Gillies said.

“Mandurah is a particularly important place given the growing urban pressures, the Peel development plan that’s coming along, and also the fact that the estuary itself has undergone a long history of commercial use,” he said.

“It’s still in a relatively good shape given all that history.

“The first phase of this project is all about understanding what is feasible, and who could be part of the estuary’s restoration.

“We will put together a plan for how much it will cost, what can be done, and what the benefits of potential actions are.”

Alcoa of Australia chair and managing director Michael Parker said it was important work that the company was proud to support.

“By working together, we can ensure the ongoing health of waterways like the Peel-Harvey Estuary, which are the lifeblood of our communities not only from an environmental perspective but also socially and economically,” he said.