The state government's infrastructure spending priorities have been called into question, with a new report showing its new big ticket transport items – the $1.6 billion Perth Freight Link and the $2 billion Forrestfield Airport Link – do not stack up economically when compared to other potential projects. 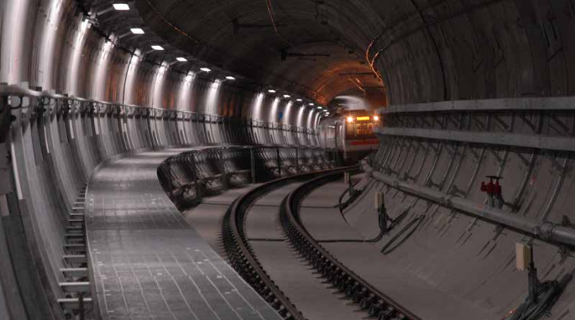 The state government's infrastructure spending priorities have been called into question, with a new report showing its new big ticket transport items – the $1.6 billion Perth Freight Link and the $2 billion Forrestfield Airport Link – do not stack up economically when compared to other potential projects.

The findings are part of an Urbis-produced report commissioned by the Property Council of Australia, which evaluated the economic impact and potential private sector spend which would be produced by a range of new infrastructure projects needed in Western Australia.

Consultation with industry groups identified a list of ten projects which would provide the most benefit to the state, a list which did not include the rail line to the airport or the Perth Freight Link.

Criteria under which the projects were assessed included the development of new markets, new businesses or industries, improving the supply chain, productivity enhancement and improvements in economies of scale.

The ten projects identified to provide the most benefit were the MAX Light Rail network, the Western Trade Coast, the Peel Economic and Environmental Initiative, the Breton Bay Deep Water Port, the Bunbury Very Fast Train, the Perth to Darwin Highway, the extension of the Mitchell Freeway, the Ellenbrook Rail Project and the Mundaring Infill Sewer Project.

Property Council of Australia WA executive director Joe Lenzo said the omission of the Perth Freight Link in particular was an illustration that the project simply did not stack up in the eyes of industry.

Mr Lenzo said the report's findings clearly showed the need for an independent infrastructure body to be established in WA, in order for the state government to get the most bang for its buck and remove politics from the decision making process.

"If you have that sort of body, these are the sorts of criteria that they would take into consideration to build a pipeline of infrastructure projects that would actually bring some private sector investment," Mr Lenzo told Business News.

"That's what we haven't got and this actually demonstrates that if you put it through an expert, independent lens you are going to do a lot better for the Western Australian community than the current process that we go through."

Mr Lenzo said there also needed to be a new evaluation of how infrastructure projects were funded in Western Australia, urging the state government to embrace private sector involvement instead of shouldering all the responsibility itself.

"In my opinion, it's inevitable that we move into that area where there is going to be private sector investment in infrastructure development," Mr Lenzo said.

"The private sector will invest as long as they see there is some returns for them and they see some economic benefit coming out for them."

"There seems to be a mindset that we're not allowed to talk about things like that, that infrastructure needs to be funded by a very old-fashioned and unsustainable way of increasing taxes, getting some money and doing it, and if we haven't got the money, we won't do it," he said.

"That is a pretty old fashioned and blinkered view of how infrastructure is funded and developed."

Urbis director of economics and market research, David Cresp, said the aim of the report, which he described as a high-level evaluation based on publicly available information, was to provide some clarity to the public around why governments should commit to certain infrastructure projects over others.

"What we're really advocating is there should be a process that these types of projects are put through," Mr Cresp said.

"There should be some availability to public scrutiny, and if you're coming out and announcing that you're building a train to the airport for example, tell us what benefits is it providing, how does it compare to other projects that you looked at to decide it was the project that you are going to spend in excess of $2 billion on and why is it the project that it's being spent on?"

Of the ten projects identified in the report, it was the highly-debated and delayed MAX Light Rail that was touted as potentially producing the most benefit for the state.

The report showed for the $2.1 billion estimate capital cost of a light rail network, $960 million in property development would be unlocked, and $5.5 billion in economic activity would be enabled over the next 20 years.

Productivity gains would also be provided from reduced congestion, with traffic issues expected to cost Perth industry $16 billion in 2031 if there is no additional transport capacity added to the network, while land values would be uplifted at an average rate of 9.5 per cent.

Mr Cresp said it was important that the project was not assessed and discussed in the public arena as simply a means of transporting commuters from the suburbs to the city.

"It's an enabling infrastructure, and if you get it right, you can have transport oriented development around the stops," he said.

"If you look at the totality of the picture, the question of what is the cheapest way to do it becomes less important.

"It certainly could, but you have to think about he totality of the picture, which is not just moving people from A to B, it's about being an enabler of development around stops and its about assisting with the city providing density and achieving our targets for Perth and Peel @ 3.5 million."

Urbis director of economics Nicki Hutley said the second phase of the light rail network, the 'Knowledge Arc' to connect the city's universities and hospitals, would also provide significant benefits outside of more efficient transport.

Ms Hutley said one of the strongest growth areas in the Australian and WA economies was what she described as the knowledge economy – education and health.

"That is where we still have a comparative advantage, and if we get the capital funding right for that, it would be a huge growth area for the state," Ms Hutley told Business News.

"Being able to connect and promote the connectivity of Curtin University, UWA and the hospitals makes a huge amount of sense.

"We're seeing this unfolding economic activity in health and education, where we should have significant export potential.

"It provides a nice balance to the economy and supports that knowledge and health economy, which is two areas that are growing quite significantly."