OPINION: Political considerations and the lack of a bipartisan approach to infrastructure development will hamper WA in the years ahead. 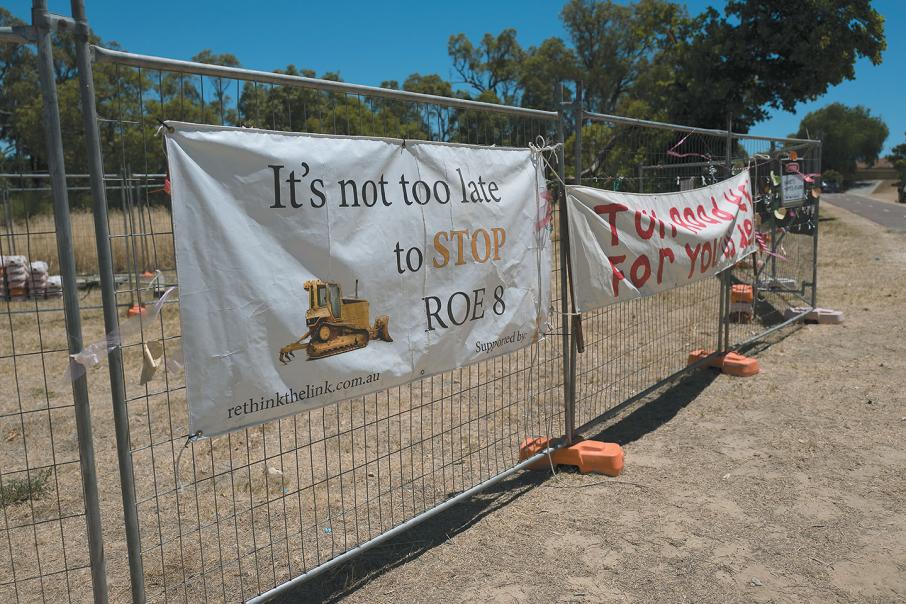 The future of the Roe 8 project hinges on the outcome of the March state election. Photo: Attila Csaszar

OPINION: Political considerations and the lack of a bipartisan approach to infrastructure development will hamper WA in the years ahead.

The extension of the Roe Highway over the Beeliar Wetlands, known as Roe 8, is among the most hotly debated subjects in this election campaign.

The outcome of the March state poll will in all likelihood determine whether the project proceeds or not.

That uncertainty signals the dangers of leaving things too late, whether you are a government or a private developer. Whatever you think of this project, there is a clear message that has been getting louder and louder for decades – it is harder and more expensive to do anything in this state.

Coherent, sensible long-term planning is what is needed to smooth the path for future development.

Perth had such a plan. More than five decades ago, the Stephenson-Hepburn plan and successive refinements provided for a transport corridor out of Fremantle through what was pretty much bush and marginal land for market gardens.

Governments allowed urban encroachment over time, but those who developed in the area and the people who bought land and homes there knew a transport corridor was part of their future. Presumably they got the land cheaper as a result.

A future harbour expansion at Cockburn Sound was also part of Perth’s future. Although Fremantle Harbour was nowhere near capacity, there were constraints in developing it, mainly as a result of urban development. Thanks largely to the Alan Bond’s 1983 success in the America’s Cup, Fremantle as a town had been rejuvenated and restored, meaning people increasingly found it an attractive place to live.

At least one private developer wanted to build a port at Cockburn Sound – a Len Buckeridge-backed consortium. That would have been great for Western Australia’s trade, creating competitive tension for shippers, and easing the pressure on Fremantle Harbour, both at the berths and from the logistical nightmare of getting freight to where it was wanted.

Meanwhile, Labor trashed the long-term planning of successive governments, erasing the Eastern Bypass corridor without a realistic alternative. It had all sorts of ways of justifying this move on social, economic and environmental grounds – including the pretence that rail was part of the solution – but it was really just window dressing and propaganda of the type any government can create when its true objective is to win votes. Oddly, Labor did promise to complete Roe 7, which is telling in the current debate.

The residents of places such as White Gum Valley and Beaconsfield owe Labor, big time. Property prices rose significantly when the major future highway was erased.

No wonder those next to the decades-old transport corridors for the Roe 8 project are out in force in opposition to the development.

They will be the next financial winners if Labor takes government, transferring the wealth of the state – via transport infrastructure that encourages trade, investment and jobs – into the hands of a local population that has done nothing but buy cheap land and attend some protests. I look forward to being told how wrong I am on this point, but it is the naked truth, no matter how uncomfortable it might seem.

The losers, naturally, are the people in electorates that abut Leach Highway. They don’t have a focal point to rally around or an army of travelling sympathisers that appears unburdened by the demands of traditional working hours.

Oddly, the issue might not have been so problematic if Labor had not blocked the private port development at Cockburn Sound, in effect locking Fremantle in as Perth’s freight hub and making some form of relief on Leach Highway inevitable.

That created a bottleneck, the very opposite of what good planning should do.

It is worth noting Fremantle has been challenged as a retail, commercial and urban centrre in recent times. Perhaps many in business question its long-term future due to the mess that has been created.

The previous Labor government’s move to win easy votes, followed now by further policy folly to abandon Roe 8, might help to deliver an election victory, but it comes at a high cost to the state through unravelling one of the biggest advantages Perth had in comparison to cities with longer histories – a blank slate for planning purposes.