Thirteen peak industry groups in Western Australia have backed the establishment of an infrastructure advisory group, in a move designed to give the business sector a unified voice and more weight in policy setting. 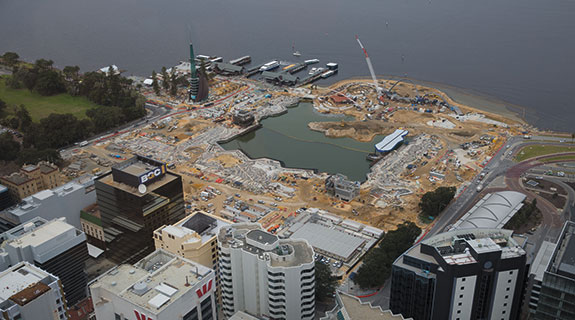 Thirteen peak industry groups in Western Australia have backed the establishment of an infrastructure advisory group, in a move designed to give the business sector a unified voice and more weight in policy setting.

The establishment of the Infrastructure WA Advisory Group was supported at a meeting last week attended by 18 representatives of 13 industry groups.

Construction Contractors Association of WA chief executive Chris Fitzhardinge, who organised last week’s meeting, was elected inaugural chair of the proposed body, which will be established as an incorporated association.

It remains unclear exactly what role the new body will play, with several industry groups telling Business News they are supportive but remain cautious until further details are worked out.

Mr Fitzhardinge said he saw the new group as a vehicle that would allow industry groups to cooperate and provide advice to government on infrastructure.

“It was a very positive meeting,” he said.

“There was a lot of common direction.”

Last week’s meeting followed long-running calls by numerous industry groups for the establishment of some form of infrastructure advisory body in WA, to assist with long-term planning.

Mr Fitzhardinge would like WA to adopt a similar model to Victoria, which is creating a statutory authority with a private sector board to develop a 30-year infrastructure strategy.

“One goal is to provide a model to the state government on establishing Infrastructure WA,” Mr Fitzhardinge said.

Premier Colin Barnett has consistently opposed such a body, while Labor leader Mark McGowan is supportive.

Mr Fitzhardinge believes the new advisory body will have a useful role, irrespective of what the state government chooses to do on Infrastructure WA.

“It becomes a broad reference group,” he said.

“It was felt that an incorporated association would work better with government and have more chance of maintaining bi-partisan support.”

It could also look at innovations in planning, funding and contracting models.

Mr Fitzhardinge said he would be seeking a meeting with government to provide an update, ahead of a second meeting of peak industry groups later this month.

“Politicians will always make the final choices,” he said.

“We need to create the right evidence base and show what can be achieved with the right policies.

“The data needs to be out there so people understand the options and their benefits and costs.”

“If the states don’t have their own plan, it’s the federal government that will run the agenda,” he said.