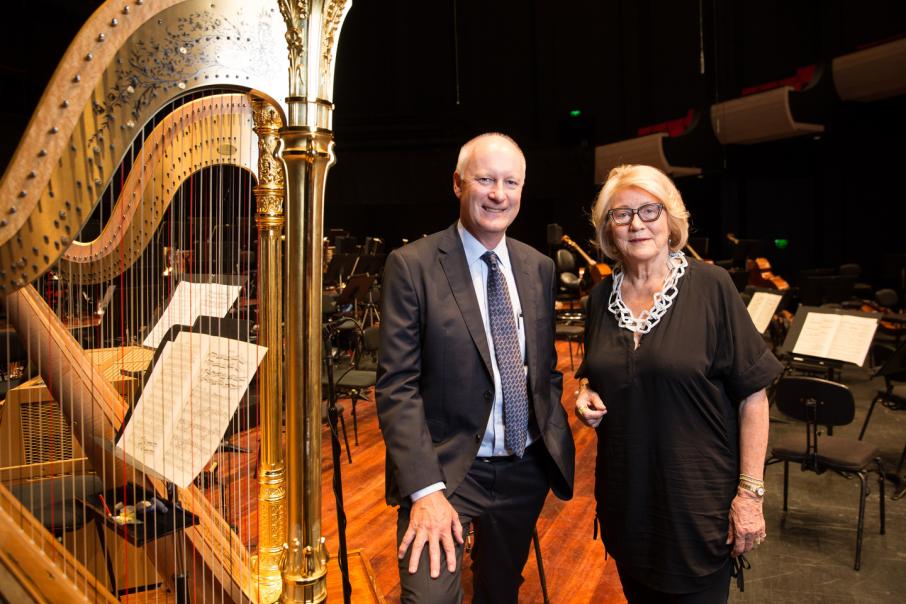 Making the arts more accessible to the broader community has long been the goal of prominent influencers and emerging disruptors who steer Western Australia’s creative direction.

In a state such as WA, with its small population and geographical isolation, perhaps it’s to be expected that a relatively small cohort of names regularly feature when events in business and the arts are making news, highlighting the connections between the two.

Many of the state’s corporate leaders champion major arts organisations as board members, utilising their business experience and established connections. On the other hand, some arts leaders set a precedent for change with disruptive ideas.

For example this month’s news that Richard Goyder had been appointed chair of the WA Symphony Orchestra was not a surprise, given Wesfarmers’ ongoing investment in the orchestra significantly progressed during his tenure as chief executive.

Mrs Holmes à Court is the deputy chairman of the Chamber of Arts and Culture and the inaugural chair of Black Swan State Theatre Company.

Having been at the helm of Waso for 20 years, Mrs Holmes à Court has overseen 15 years of profit.

She has driven the organisation further into the community, garnering the support of Tianqi Lithium for its music education program, Crescendo, operating out of Kwinana.

And the Heytesbury Group chair has overseen decisions for the orchestra to hold movie-themed concerts and Karijini Experience performances. 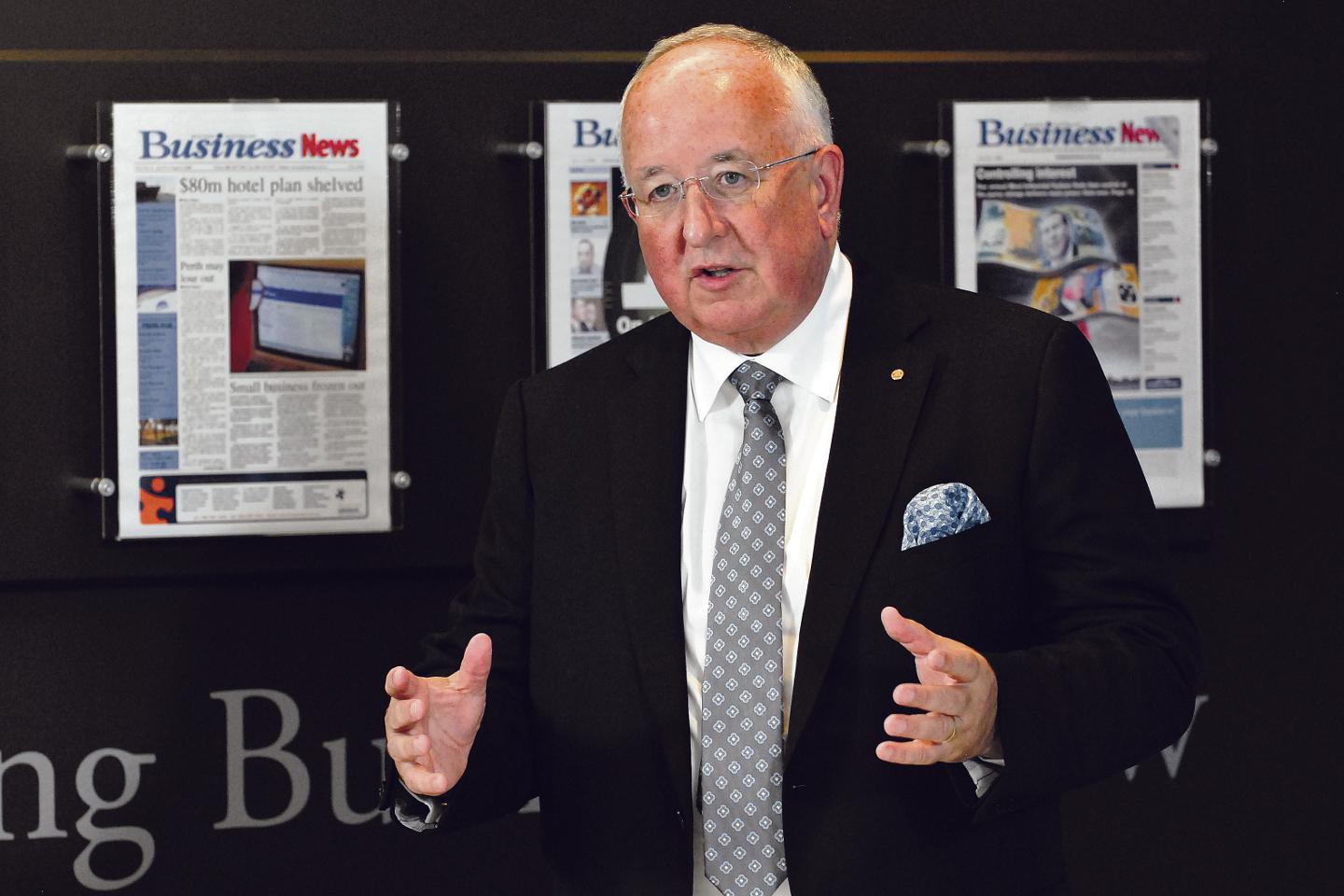 Equally, former Rio Tinto chief executive Sam Walsh has held a number of prominent arts sector roles, including as inaugural chair of the Chamber of Arts and Culture WA, established to unite the arts and lobby government.

Mr Walsh joined the Australian Council for the Arts board in late 2016 to achieve arts influence at a federal level.

He also took on the role of chair of the Art Gallery of Western Australia last year, and has sought to attract younger audiences to the gallery with the introduction of free contemporary exhibitions, such as the popular Heath Ledger: A Life in Pictures.

Early in his tenure, Mr Walsh gave Premier Mark McGowan a tour through the gallery as part of a successful mission to have the Labor government commit $10 million to its rooftop activation.

Planned for completion in 2020, the rooftop activation is expected to attract greater crowds to the gallery and is AGWA’s first capital development project in 25 years.

The Sculpture by the Sea patron has also in the past month been appointed Black Swan State Theatre Company chair, having been a board member for five years and championed the establishment of its first ‘future fund’. 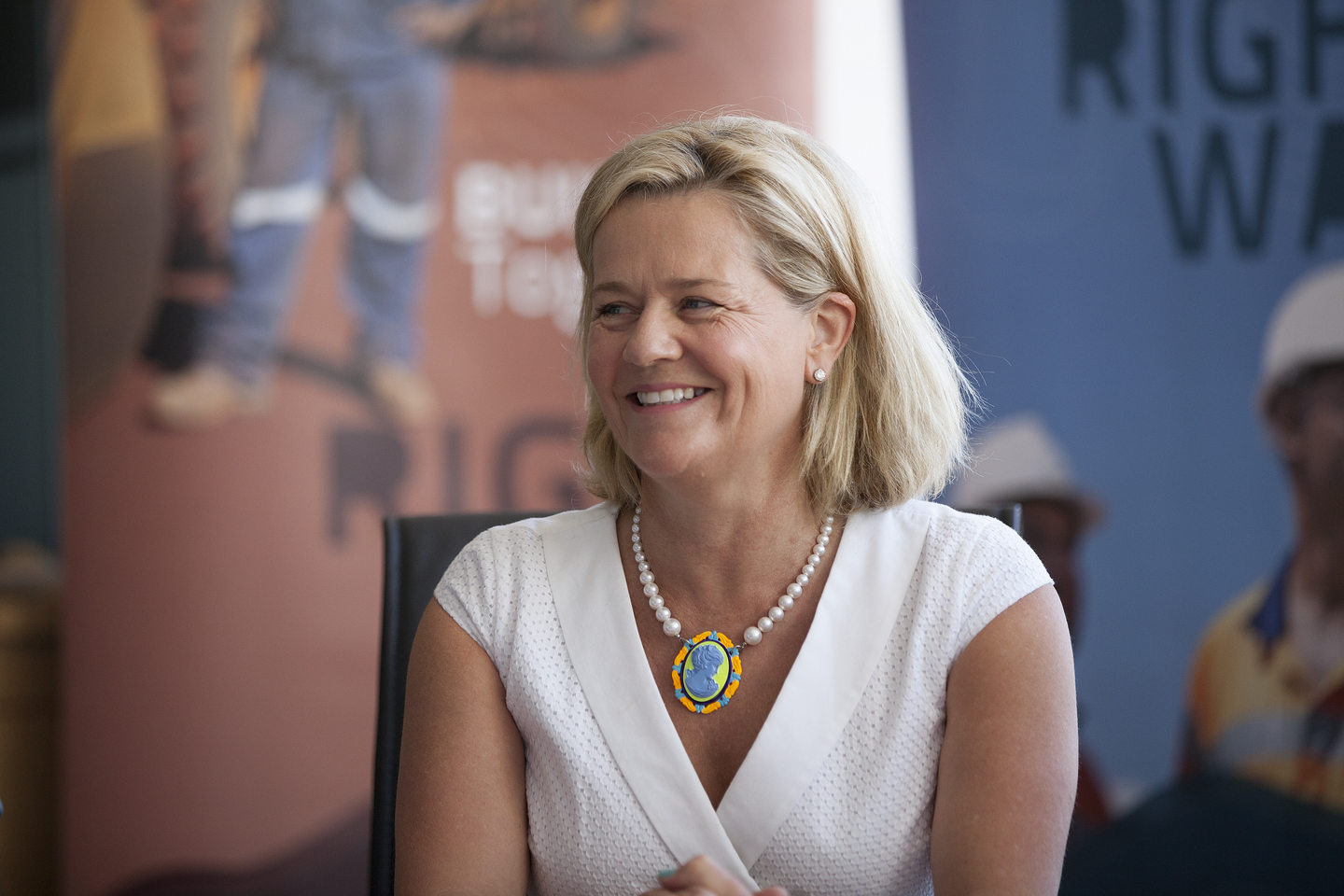 Mr Barrington initiated a strategic review for the festival last year, which will lead to a number of changes, including executive director Nathan Bennett carrying forward a rebranding process that endeavoured to reflect a greater focus on accessibility for all aspects of community.

With Mr Bennett bringing private philanthropy and corporate partnership experience to the team, the review guided the organisation to diversify revenue.

It has since attracted close to $600,000 in philanthropic support for the 2018 financial year, Mr Bennett said, partly achieved through significant donors including the Ungar Family Foundation, Fogarty Foundation and Adrian and Michaela Fini. (This more than doubles the $280,000 sourced in the previous year.)

Property magnate Mr Fini sits on the board of Perth Festival and the Art Gallery of WA Foundation.

He also leads the Historic Heart of Perth project, which has attracted at least $500,000 split between the state government and the private sector in its first year.

Strategy consultant Janelle Marr has been Screenwest chair since 2015, having guided its transition from a government agency into an independent not-for-profit body.

Fringe World Festival chief executive and artist in his own right, Marcus Canning, has shaken up the art scene by developing a festival with broad appeal.

This year’s 750 festival events reached $10 million in box office sales with an attendance of more than 800,000 people.

Mr Canning has also partnered with Mr Fini in a collaborative effort to bring the Fringe zeitgeist to Perth year-round with the reopening of the historic Rechabites Hall as an arts and music bar, planned for completion early 2019.

That’s in addition to the new cultural precinct Mr Canning is working on at the former Perth Girls School in East Perth. 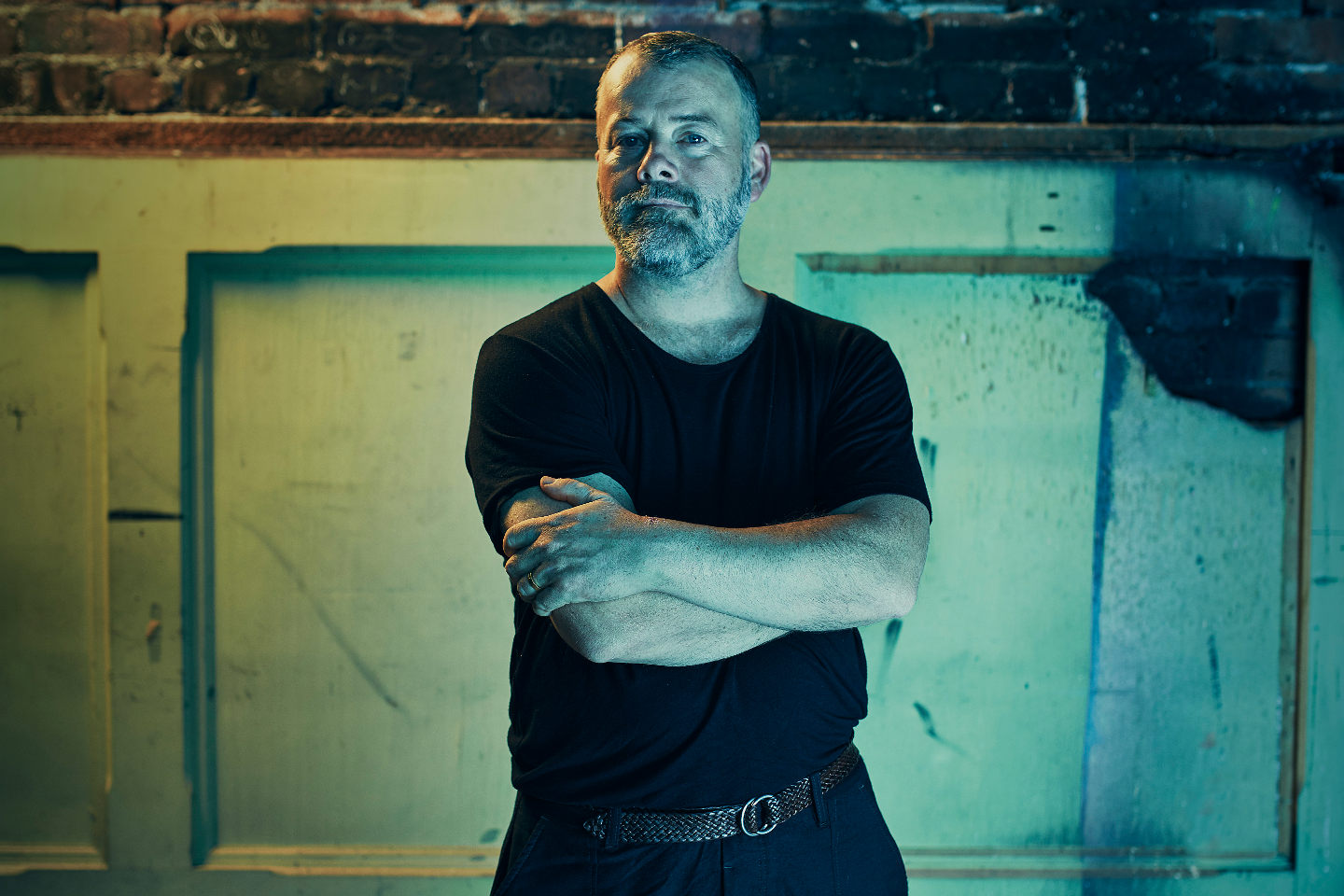 Perth Symphony Orchestra (PSO) founding director Bourby Webster is another innovator who has challenged the sector by flipping the traditional orchestra model on its head.

Ms Webster has created a business model that does not depend on funding or large philanthropic efforts, but drives revenue predominately via ticket sales.

PSO bridges the divide between orchestral instruments and modern music genres, including George Michael, INXS, and sell-out Nirvana performances among its repertoire.

The contemporary orchestra has taken rock symphony to new settings, such as the Kwinana community, and will collaborate with Aboriginal elders for the opening of the Swan River Pedestrian Bridge.

Ms Webster is also the founder of Perth Arts Leaders Collective, which strives to disrupt the typical nature of arts organisations operating in silos by instead pooling resources. 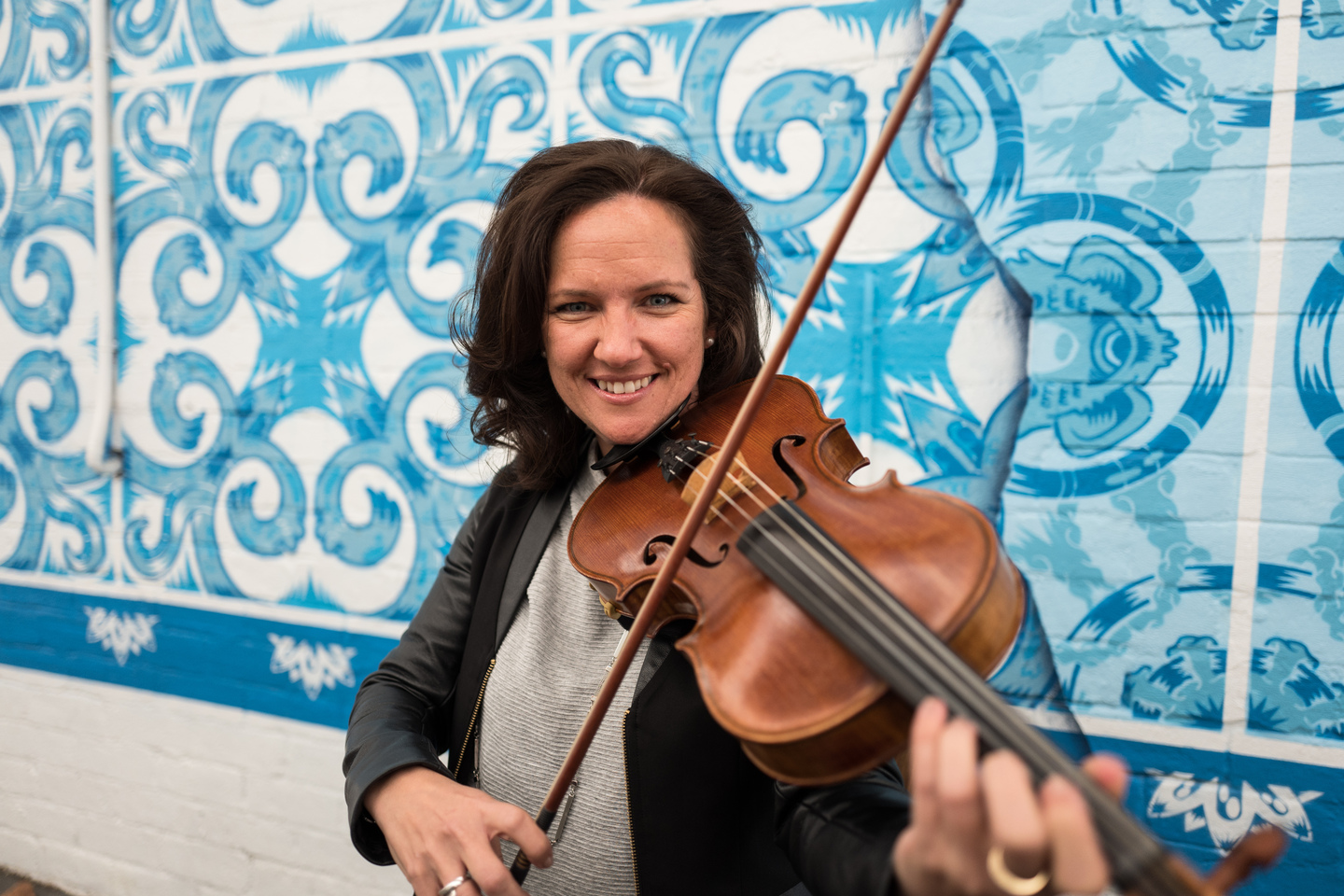 Thomas de Mallet Burgess is another disruptor within the music space, having pioneered contemporary opera in WA with Lost and Found Opera, taking it to unexpected locations, from apartment blocks to former hospital sites.FORM chief executive Lynda Dorrington has leveraged her creative organisation to take visual art into the community.

That included its street art project PUBLIC, funded by BHP Billiton, and its CBH Group-funded silos that added art to areas including the Wheatbelt.

Cultural adviser Richard Walley is another influencer of note.

A Nyoongar man, Mr Walley has provided cultural advice on numerous government projects, including the Aboriginal Health Unit and the New Museum Project, and has spent decades educating Australia about Nyoongar culture through the arts.