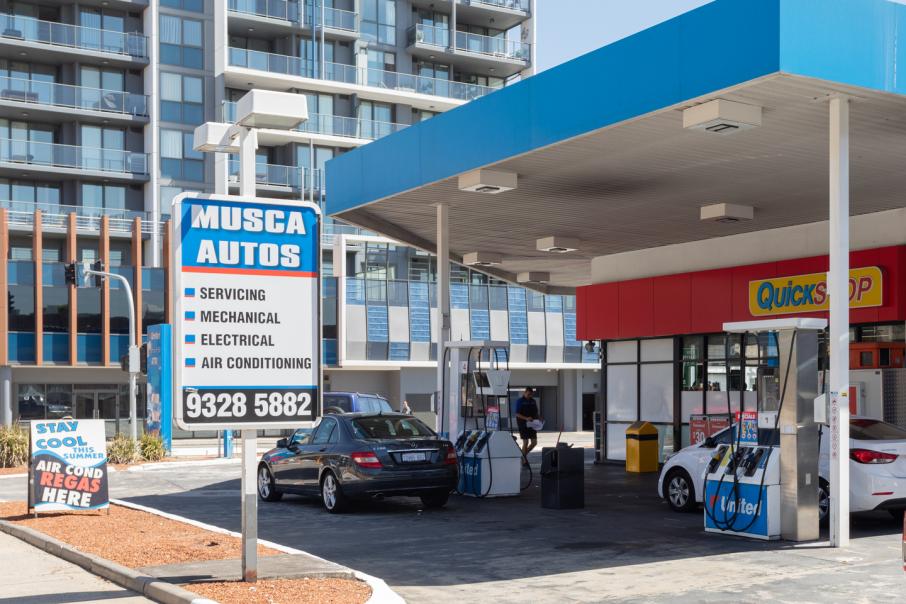 Punters are paying more at the pump. Photo: Gabriel Oliveira

Among capital cities, only Darwin posted faster price growth in 2021, at 6 per cent, according to the Australian Bureau of Statistics' quarterly consumer price index update.

Nationally, inflation was above the Reserve Bank of Australia’s target band of 2 per cent to 3 per cent.

The last time Perth’s inflation rate was higher over a 12-month period was in 2001, following the introduction of the GST, which led to a once-off lift in prices.

For the December quarter, the consumer price index rose 1.4 per cent, with Perth close to the middle of the pack.

Housing costs were 14.4 per cent higher than December 2020, while transport costs were up 14.9 per cent.

Western Australia's economy has been one of the strongest in the world during the pandemic, supported by record commodity prices and benefiting from minimal spread of COVID-19.

Fuel costs are driven by oil prices and often are exclused from assessments of inflation pressure when the RBA makes rate decisions.

But there's evidence of a growing inflation environment around the world.

The price spikes follow pressure on both the demand side and supply side.

COVID-19 has led to frequent lockdowns and restrictions on work across many countries, impacting production, and has also led to reduced movement between countries, affecting freight and logistics.

But while supply has been constrained, governments and central banks launched almost unprecedented stimulus programs.

In Australia, the Reserve Bank committed to a yield target strategy, effectively promising to buy any quantity of government bonds with a specific maturity to maintain the price (and therefore maintain medium term interest rates).

The federal government also embarked on a stimulus campaign, reportedly of more than $300 billion.

Much of that was allocated to JobKeeper and other income support measures; with broad provisions to support businesses managing cash flow.

To the extent it was targeted, construction was a focus, with Australia among many countries seeking to boost homebuilding and infrastructure.

Since then, prices have increased for materials, shipping has been delayed, and there has been a shortage of workers.

That indicates the rising demand for materials has helped push prices up and has contributed to shortages.

Prices in the US grew 7 per cent in 2021, driven by fuel and energy prices, according to data from the Bureau of Labor Statistics.

The consumer price index is not the only measure of inflation.

Another measure is the producer price index, which covers input costs for businesses such as machinery.