Industry has hit back at claims the residential building industry is facing widespread delays of three years or more for the construction of new homes. 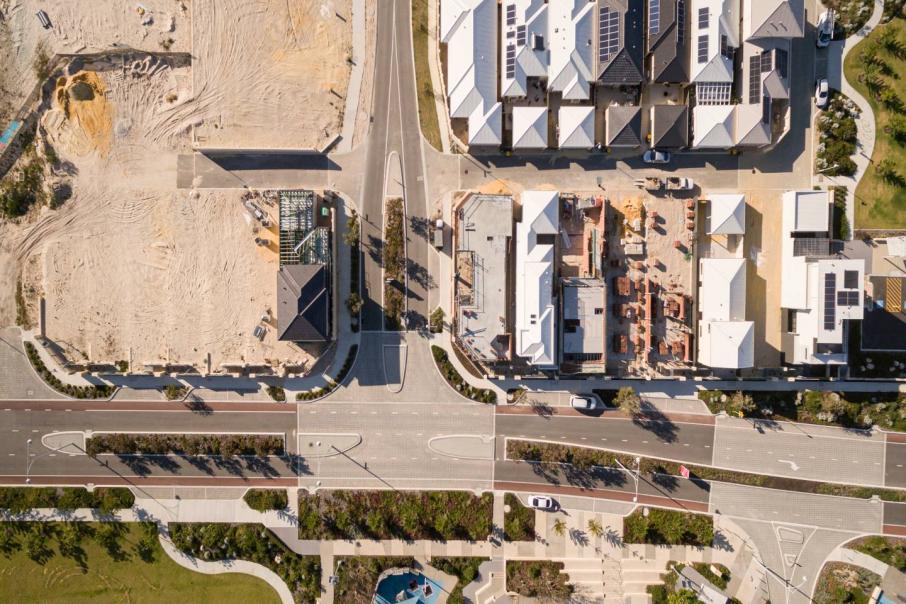 Industry estimates the total timeframe from signing a formal contract to completion for a standard single-storey home is sitting between 18-24 months. Photo: Gabriel Oliveira

Industry has hit back at claims the residential building industry is facing widespread delays of three years or more for the construction of new homes.

Weekly residential building starts in Western Australia have increased more than 180 per cent since this time last year, according to the Housing Industry Association, subsequently blowing out completion times from pre-pandemic averages.

HIA regional executive director Cath Hart said delays were the result of the surge in building activity caused by the BuildingBonus and HomeBuilder grants, introduced by both state and federal governments last year as a means to stimulate economic activity in light of COVID.

These pressures had been exacerbated by labour and material shortages, she said, as a result of global supply chain disruptions.

“Many of these challenges aren’t specific to WA – timber shortages for example are being experienced globally,” Ms Hart told Business News.

“Builders are just as keen as consumers to see builds progressing to completion – particularly as builders don’t receive milestone payments until each stage is completed but still incur costs while materials and labour are delayed.

“There’s also been labour shortages – most notably with bricklayers – and we’ve also seen delays in pre-construction in terms of obtaining finance, getting through shires and land title settling.

“It’s important to remember that all these factors are largely outside the control of both builders and clients and are not unique to WA at the moment.”

Ms Hart said in a typical year, timber shortages had not affected Australian home building, but the pandemic had created significant disruptions to global shipping at the same time as a global surge in demand.

“Pre-construction – from signing a contract to slab down – was around four months pre-COVID and is now up to around six months,” Ms Hart said.

“A significant shortage of bricklayers will see slabs wait more than four months before a bricklayer can get to them.

“The time between installing a roof to practical completion has extended from three months to about five months, with some regional areas experiencing longer waits.

“Currently, the total timeframe from signing a formal contract to completion for a standard single-storey home, is between 18-24 months.”

“The reality is that at the bottom of the housing industry downturn in 2019, single storey homes from slab to completion were taking six to eight months; they are now taking around 12-16 months,” Mr Gelavis told Business News.

“This will vary between builders, so it is important consumers talk to their builder directly about building timeframes and communicate well so the process runs as smoothly as possible.

“Builders are the ‘meat in the sandwich’ between facing an unprecedented labour and supply shortage due to COVID, high demand for new homes driven by state and federal governments’ stimulus packages and managing clients’ expectations for building and moving into their new homes.”

Mr Gelavis said it was also important to highlight that other building industries such as in New South Wales, had now had to temporarily close due to COVID, which would further delay the building timeframes in those states.

“We are lucky in WA to remain operational,” he said.

“Slow work is better than no work.

“Master Builders WA is urging people building their new home or construction project to be patient and try and recognise some of the challenges builders are currently facing.  We are also encouraging builders to keep open lines of communication with their clients.”

Mr Gelavis was hopeful conditions were starting to ease.

“Detached housing approvals declined by 17.7 per cent for May, which indicates the massive demand created through the highly successful stimulus programs is softening,” he said.

“[This] will allow the market to settle and create an opportunity for those looking to build a new home to enter the market with a little more confidence.”

The claim that builds were being delayed by three years or more, he said, was not something he had seen on the ground with the home builders his company used.

“Definitely not for builders that we use, who understand their capacity for workload and be able to deliver.

“A few builders have taken on too much work, but not everyone did.

“We dealt with more at site back in 2005/06, its important the public knows this and the real HIA stats, as headlines can be misleading to the public who may not understand this.”

The pipeline of building work has almost halved from its peak of nearly 8,000 late last year, to 5,260, according to the latest HIA statistics. 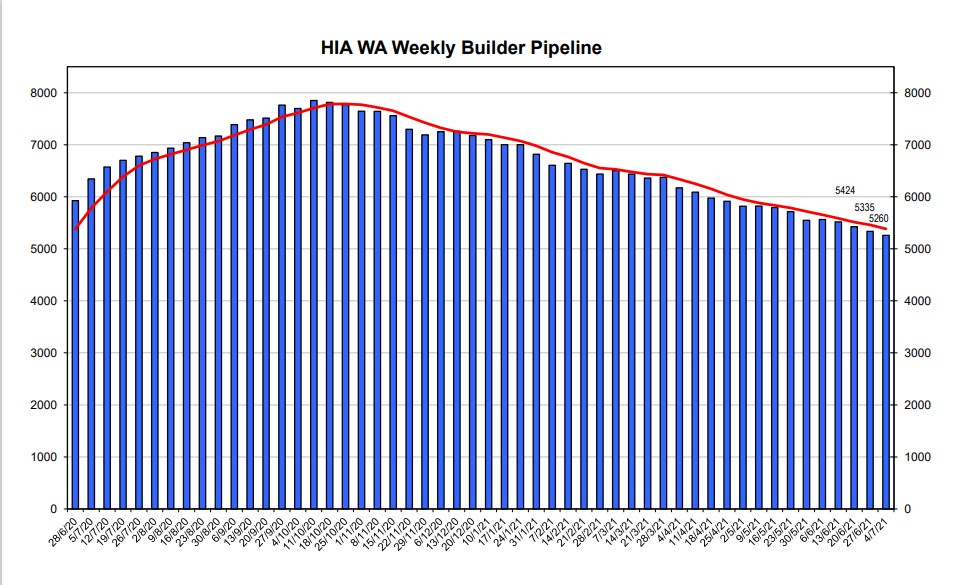 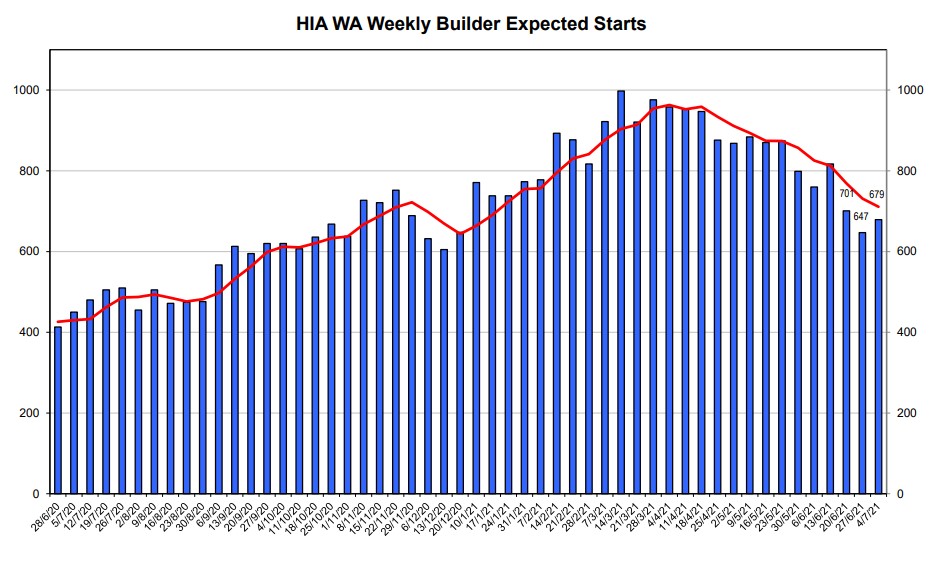 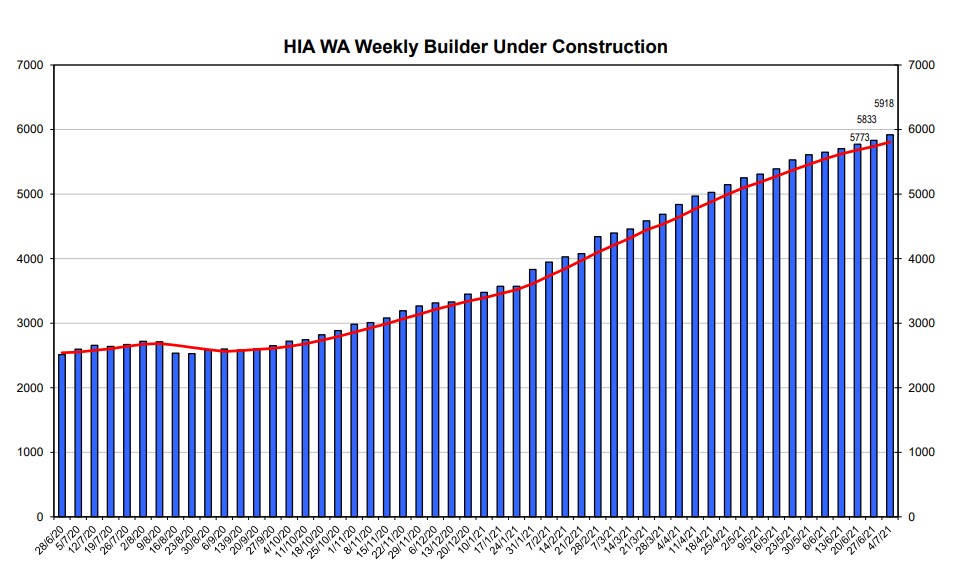 Mr Kirkham said his business had about $50 million worth of construction on its books with a range of builders and had only so far seen two to three months in buidling delivery timeline delays.

“Project builders have brought forward a large volume of business due to the grants, many people have signed contracts for the grants a lot earlier than they should have to meet the grant deadlines, they will experience some delays during the entire process,” he said.

“Going forward we are watching closely, how some builders are trading with the margins and erosion, as with the constant price increases from suppliers and contractors it will put some at risk.

“The supplier charges will cause some significant risk to builders who are not on top of erosions and margins. Last week alone a 30 per cent increase was given out to builders on timber effective October 1st from one supplier.

“Good builders are doing extra job cost checking, to keep on top of this.”

Mr Kirkham said council timeframes for planning applications, new R Code zoning changes and approval of applications by banks were some of the additional contributors to delays.

One of the state’s largest home builders, BGC Housing Group, said it currently had more than 4,500 active jobs under construction and in administration.

BGC Housing Group executive general manager Michael Bartier said this represented a six-year high for the business, which was now seeking to deliver that work safely and sustainably with a bolstered workforce.

“Over the past six months we have almost doubled our bricklaying force at BGC,” Mr Bartier told Business News.

“The claim of three-year delays is not an accurate reflection of what we at BGC Housing Group are seeing on the ground for our brands.

“A more accurate time frame for most customers for the total building process will be 18-24 months (for a single-storey dwelling).”

Mr Bartier said any negative impacts of the government housing stimulus measures was still being outweighed by the positives.

That included recoveries in WA’s property market and trade base, as well as the increased creation of new jobs for apprentices and trainees.

“These grants have successfully safeguarded our industry from the uncertain and adverse impacts of this unchartered pandemic economy,” he said.

The metropolitan north-east corridor was proving most popular, he said, in areas such as Brabham, Banksia Grove, Aveley and Alkimos.