Industry support for The Science Experience 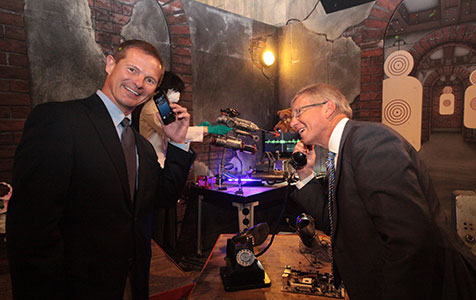 The program runs in 35 tertiary institutions across Australia, and offers up to four days of interactive scientific workshops for students in years 9 and 10.

Participants are provided with information and guidance for further studies, as well as learning of possible career paths in the areas of science, technology and engineering.

ConocoPhillips president Australia-West, Todd Creeger, said the company's support of the program was an investment in the development of future science professionals.

"Our objective is to encourage engineering, geosciences and environmental science students to consider a career in the energy industry," he said.

"Our support of the ConocoPhillips Science Experience is an investment in education and the sciences across Australia."

About 63,000 students have taken part in the program since it was started in 1990 by not-for-profit organisation The Science Schools Foundation.

The foundation is predominantly comprised of members from the Australian Science Teachers Association, Young Scientists of Australia and various Rotary Clubs.

ConocoPhillips has operations in Western Australia, Queensland, the Northern Territory and the Timor Sea and supports a range of community and arts programs in these areas.

In WA, ConocoPhillips supports the Clontarf Foundation, which aims to improve the education and livelihoods of young Aboriginal males.

The ConocoPhillips Science Experience will run at Curtin University in December, and at Edith Cowan University and the University of Western Australia in January 2014.

Each institution will offer a different set of activities based on a varying range of scientific fields including marine biology, forensic science and astronomy.