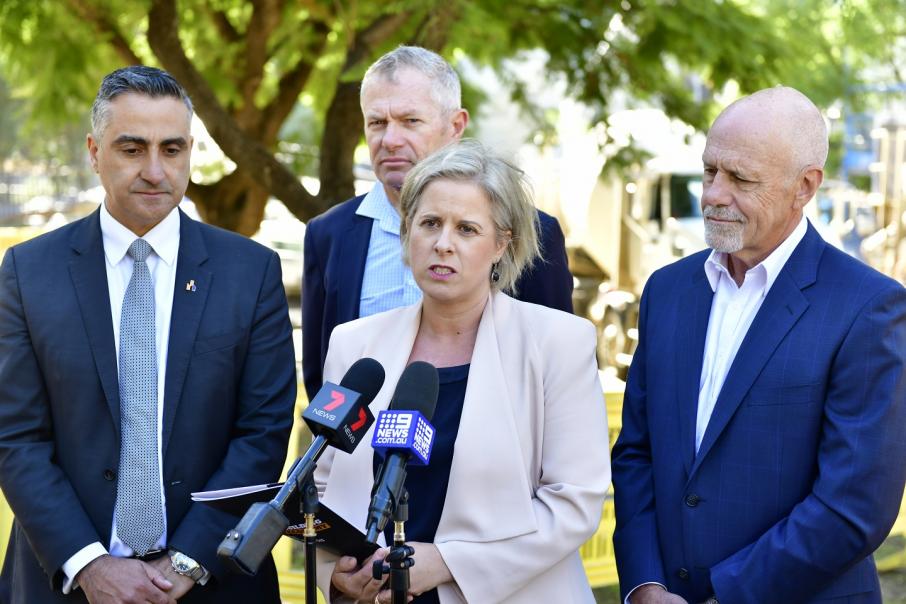 Housing industry lobby groups are increasing the pressure on Bill Shorten to shelve Labor’s plans to restrict negative gearing to new homes and halve capital gains tax incentives, saying the moves will reduce investment in housing and decrease the number of homes being built.

Master Builders Association, the nation’s peak residential construction lobby group, launched a media campaign in Perth last week as the nation prepares to head to the polls, identifying 10 key issues for the sector, while highlighting that Labor’s proposals around negative gearing and capital gains taxes would hurt, rather than help, the industry.

“We have tried to engage with the Labor Party on this issue, they have stuck steadfastly to their policy of restricting negative gearing and halving the capital gains discount, which effectively is a tax increase on housing investment,” Ms Wawn said.

“Our modelling shows that it won’t create new homes, it will in fact decrease the number of homes being built at a time when we need all of the stimulus we can get in the housing market, particularly here in WA.

“As such, we say that it’s not a good policy and it won’t meet its objectives.”

She said the combination of Labor’s policies would create a disincentive to housing investment, and urged Mr Shorten to rethink the proposal.

“The government has already used APRA levers to reduce overheating by investors, and that has worked incredibly well, combined with the credit crunch as a result of the banking royal commission.

“We have seen a significant decline already in investment in the housing market, we have also seen a decline in housing prices and we’re seeing a decline in new homes being built.

“We would argue that the perfect storm is being created to the extent that it will have a negative effect on the housing market.

“WA unfortunately has been in the doldrums for quite some time, and our concern is that just when there is a possible glimpse of light, that any implementation of this policy will have an adverse effect and spiral the industry back down here in WA.”

Master Builders Association of WA executive director John Gelavis said the proposed Labor changes were of particular concern in the west, in the context of the state Labor government’s property industry policies.

“We have been lobbying the state government for the past four to five months on stimulus, increasing Keystart income limits,” he said.

“If you consider the foreign investor surcharge alongside federal Labor’s tax policy, it will continue to compound a market that is just starting to find its feet again.

“Vacancy rates are dropping in the rental market, and rents are starting to rise, so now is a good time to start supporting the industry for the next 12 months to get us through.

The Housing Industry Association also maintained that changes to negative gearing and capital gains tax for housing was bad policy.

A recent HIA poll indicated that twice as many voters oppose the proposed changes than support them.

WA’s most senior federal Labor MP, Madeleine King, acknowledged the industry’s concerns, but said the proposed policy change could not be looked at in isolation.

“Labor will seek to further encourage new housing investment by reforming the tax treatment for build-to-rent schemes to ensure it is a viable pathway in Australia’s housing landscape,” Ms King said.

“That’s in line with other comparable nations such as the US and the UK, which have similar schemes.”

She said Labor had proposed to lower the managed investment trust withholding tax rate distributions attributable on investments in build-to-rent housing from 30 per cent to 15 per cent.

“Build-to-rent has been estimated as a $300 billion housing industry, the main hurdle at the moment is considered to be the 30 per cent withholding tax rate.

“That $300 billion is yet to be realised of course and there is a long way to go, but the Parliamentary Budget Office has advised that our build-to-rent policy would have a quantifiable impact, it would be a very high financial impact should we be able to get into government and implement that idea.”

“The other side and really important part of it is the savings to the Commonwealth budget – the current negative gearing and CGT settings, as they stand, are costing the Commonwealth around $11 billion a year,” she said.

“This is money that in my mind could be spent on schools, hospitals, vital infrastructure and budget repair.”