After a prodigious drop in exploration spending during the past decade, miners and governments have unveiled a blueprint to kickstart greenfields programs. 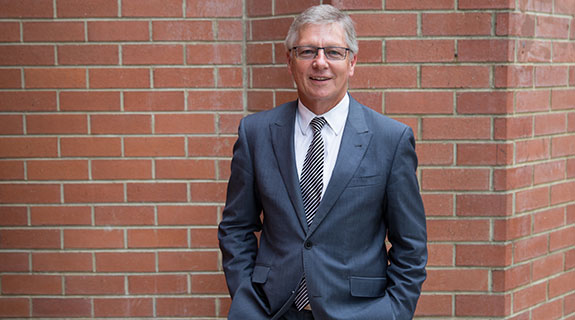 After a prodigious drop in exploration spending during the past decade, miners and governments have unveiled a blueprint to kickstart greenfields programs.

As part of his trip to Perth, Industry and Science Minister Ian Macfarlane joined Mines and Petroleum Minister Bill Marmion yesterday to launch the Uncover Roadmap.

The idea is to outline the industry's long-term research and development priorities and geoscience data needs, in order to promote discovery of new minerals deposits.

The map will feature 16 priorities to drive the industry for the next decade or two, including a grad gravity map of the continent.

"Most major mineral deposits were discovered and mined decades ago, largely from regions that outcropped," he said.

“We've just about picked all the low-hanging fruit, so exploration success is declining over time.

"Exploration has become more costly and technically difficult; we need new tools, new data, and new equipment to continue the search more effectively beneath the 80 per cent of the continent that lies under post-mineralised cover.

"It has been almost four decades since the $1 trillion minerals deposit was discovered under 300 metres of barren cover at tier one Olympic Dam deposit.”

"Work by the company in 2005 for the drilling exploration sector laid out a multitude of opportunities for cheaper, safer and smarter ways of going about one of the core activities of minerals exploration,” he said.

"This led to the Deep Exploration Technologies CRC, which has been creating commercialised solutions for the drilling industry ever since.

"The Uncover Roadmap is an outstanding example of the industry collaborating to define the priority research requirements for future minerals exploration for Australia."

“Exploration carries significant financial risk, with only a small fraction of expenditure resulting in the discovery of viable mining deposits.

“(The) new blueprint is especially timely, as Australia's share of worldwide exploration expenditure has fallen since the turn of the century from almost 20 per cent to around 12 per cent.

“From a peak in 2012, mineral exploration expenditure in Australia has fallen almost 60 per cent.

The ministerial pair also announced an expansion of the Perth Core Library, which stores about two thirds of the nation’s Commonwealth-managed offshore-drilled petroleum core.

The two governments committed $2.5 million between them, in addition to $4.8 million in last year’s state budget.

Around 3,500 square metres will be added to the facility.