Western Australia’s civil contractors are feeling the pinch of the government stimulus measures that prompted a surge of new house-and-land sales, with industry calling for timeframe extensions. 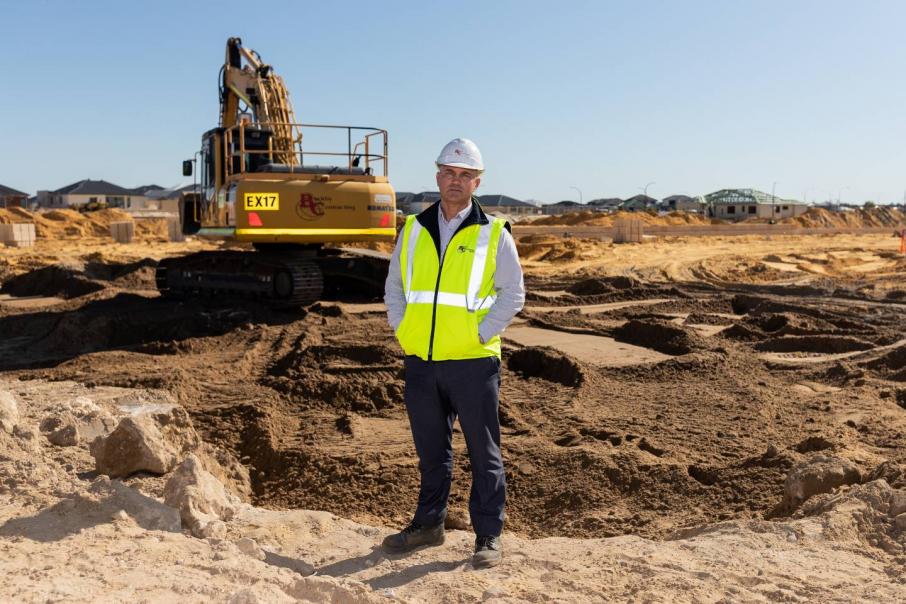 Western Australia’s civil contractors are feeling the pinch of the government stimulus measures that prompted a surge of new house-and-land sales, with industry calling for timeframe extensions.

Few predicted the spike in demand that followed the state and federal governments’ housing packages, released in June.

More than 3,320 new lots were sold during the June quarter.

This is the highest number of land sales ever recorded by the Urban Development Institute of Australia WA for a quarter since its first land market survey in 1990.

For Buckby Contracting managing director Stuart Buckby, the uptick in demand was a welcome change after five tough years in land development.

But that initial excitement has started to wane, with the business under pressure to navigate the workload that resulted from the sudden burst of demand.

“As an industry, we are extremely grateful at the quantum and timely announcement of the stimulus packages. The challenges will be delivering in the required time frames,” Mr Buckby told Business News.

“We need to ensure a level of continuity in the land development sector beyond this rapid spike in demand to avoid a boom bust scenario.

We are really concerned about the downturn, referred to as the cliff, and when can we expect to fall off it. We can’t allow that to happen.”

Under the initial criteria for the state government package, homebuyers need to be the registered owner of the land and sign up for the scheme by December 31, which sets a tight deadline for businesses such as Buckby Contracting.

That condition has since been amended, so homebuyers can be an eligible transferee rather than have full title.

However, Civil Contractors Federation chief executive Andy Graham said that option was regarded by some as too complicated and risky.

“This is creating all sorts of capacity, workforce and supply chain issues for subdivision contractors,” he said.

“It is even flowing over to the government infrastructure sector with major road contractors finding they can’t get subcontractors to build retaining walls, lay pipe, cable etc until next year.”

While the incentives were designed to stimulate residential building construction for the next two to three years, Mr Graham said those stimulatory effects for civil contractors and suppliers, which represented about 6,500 WA jobs, would be spread over just a few months.

Both Mr Buckby and Mr Graham hope the December 31 deadline will be extended, to ease the pressure of lots being titled this calendar year.

“Being busy is good and we certainly don’t want to sound ungrateful for the boost, [but] the level of activity is straining capability,” Mr Graham said.

“Forecasts vary, but the most optimistic say we’re looking at new lot construction activity in Q1 2021 being half of Q4 2020 – it could very well be one-third or worse.

“That’s a dramatic drop for businesses to deal with.”

The Urban Development Institute of Australia WA has also today called for an extension of the timeframe to commence construction of a new home.

The institute said that followed new dwelling forecasts from WA’s Housing Industry Forecasting Group (HIFG), released this week, which lifted its estimations to 17,000 for the 2020-21 financial year.

UDIA WA chief executive Tanya Steinbeck said the stimulus measures had created a huge flurry of sales as buyers rushed to buy and commence their build before the December deadline.

The criteria for eligibility for the WA Building Bonus grant requires an applicant signing a home building contract by 31 December 2020 and commencing construction on a new home within six months or before 30 June 2021.

“As an industry we have gone from a sustained period of low market activity to a huge spike in land sales within a couple of weeks which means land developers are having to deliver titled land to the market at record speed to meet the deadline set by the grants,” Ms Steinbeck said.

“Whilst it’s a fantastic outcome for jobs and the economy, we need to ensure we can continue to deliver high quality product in a safe and sustainable fashion in time for the consumer to benefit.

“What UDIA would like to see, is an extension of the timeframe required for the full building contract process to be finalised. This includes title issue, valuations and formal finance approval by 30 June 2021, with building commencement within a further six months.”

The UDIA has proposed a new timeframe; signed land contract and signed preliminary contract to build with an approved lot plan by 31 December 2020; comprehensive building contract finalised including titles and formal finance approval by June 30 2021; commencement of building (significant earthworks) by 31 Dec 2021.

“Developers have practically sold out of titled land at this point,” Ms Steinbeck said.

“While selling untitled land is not a major issue in normal market conditions, there is now an extremely tight timeframe to get land titled so that buyers can get their new house construction started.

“The federal and state government have wisely invested in an industry that generates significant jobs and economic activity, we are just asking for a little more time to ensure industry can produce the quality product that consumers deserve without putting employees at risk in the rush to deliver.”

Ms Hart said HIA was not pushing for an extension to the timeframe to sign a contract on a new home build, but rather looking to ease the current pressure felt by both consumers and builders when trying to commence construction.

“The way the scheme is structured, the consumer can’t apply for the grants until they get their slab down,” Ms Hart said.

“By that stage, they’ve entered into a building contract and so they’re in a long-term relationship with a builder, but they don’t know if they will receive the grants or not until that time, so our objective is to ensure that consumers don’t miss out on being eligible for the grants.

“Consumers are signing contracts on untitled land, but there’s more than just moving some dirt around when it comes to getting a block titled.

“We’d like to see land developers given until 30 June 2021 to title lots, and once that’s done we’d like builders to be given six months to commence after lots are titled.”