Construction industry groups say a code of conduct is urgently required to avoid a repeat of the widespread cost blowouts and disruptive industrial action that has plagued major projects in recent years. 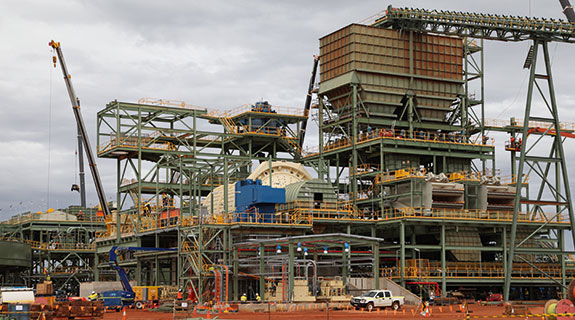 Construction industry groups say a code of conduct is urgently required to avoid a repeat of the widespread cost blowouts and disruptive industrial action that has plagued major projects in recent years.

The Master Builders Association and the Chamber of Commerce and Industry WA (CCIWA) called on the state government late last month to introduce a new code for the construction industry, which would apply to any company bidding for government works.

Independent Contractors Australia executive director Ken Phillips said with the state government’s planned infrastructure spend being $24 billion over the next four years, establishing a code to avoid cost increases due to industrial action should be a priority.

“WA, in my view, is already grossly overpriced in the construction sector,” he said.

“So if the government is going to spend $24 billion over the next four years on infrastructure, getting big bang for your bucks is what it’s all about.

“Putting the code in place could add another $2 billion worth of value to what they get.”

Mr Phillips said he had thoroughly researched cost blowouts in major projects in Western Australia as part of a 2014 submission to the Productivity Commission.

His research uncovered that, on average, costs increased by 45 per cent across all of the Pilbara’s iron ore projects.

Chevron’s $54 billion Gorgon liquefied natural gas project has recently been subject to lengthy delays because of industrial action, which had contributed to the development’s cost increasing by 46 per cent over its original estimate, Mr Phillips said.

“Gorgon is a real serious example, because what’s happening is the unions have turned around and have performed a series of strikes as construction comes to a close,” he said.

“This is a very typical example of what unions do. As projects start to come to a close, you have a whole lot of industrial relations drama on site, which is basically unions screwing some extra dollars out of the company so the job will actually get finished.

“This could mean, the way it’s going, the Gorgon project could quite possibly not come on stream next year, the unions could drag it out for that long.

“If the WA government doesn’t do something, investors will look at Gorgon and say ‘anything we’ve got in the pipeline, we’re not going to touch it’.”

One of the most important clauses of any code, according to MBA Western Australia executive director Michael McLean, would be to ensure a builder or contractor would not be able to impose conditions of any enterprise bargaining agreement they may have with unions on to sub-contractors.

“We want to curb militant unionism, but also prevent clients, builders and contractors entering their own industrial relations arrangements that are unlawful.

“It’s not targeting unions alone, it’s targeting people on the employment side as well that will set what is unreasonable industrial relations behaviour.”

Mr McLean said urgency for the state government to adopt a set of guidelines was building, with the MBA being told by some of its members in the eastern states, which also have operations in WA, that unions were starting to agitate for contractors in WA to introduce east coast arrangements.

“Because our industrial relations environment is relatively stable at the moment, unions are exerting leverage on some eastern states projects and we think this is a pretty significant development,’ Mr McLean said.

“In order to give some of those builders and contractors a little bit more backbone, we think a code of conduct would be quite timely.

“It’s nothing inappropriate that we’re suggesting would be included, it’s just exercising people’s rights to enter into their own enterprise agreements.”

Mr McLean also ratified Mr Phillips’ view that costs would be controlled somewhat by installing a specific code by which contracts were determined.

“We want a productive industry, we don’t want unlawful practices to derail that,” he said.