WA Ballet will move into a new home in Maylands next year, thanks to the company’s statewide support base and the Western Australian building industry putting its back into the project. 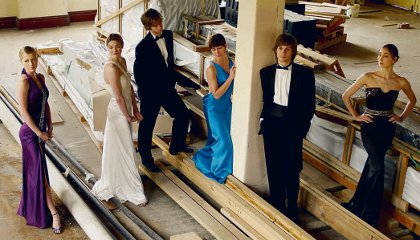 WA Ballet will move into a new home in Maylands next year, thanks to the company’s statewide support base and the Western Australian building industry putting its back into the project.

Work is about to start on the $12 million refurbishment of the iconic Whatley Crescent art deco building, following which the company will move from its current home at the majestic but cramped Her Majesty’s Theatre.

The project has been supported by private donors, local and state government and large corporations including Wesfarmers, with Perth’s building industry providing pro bono work to refurbish what was the Senses Foundation building into the new State Ballet Centre.

Sandover Pinder is lead architect and is working in-kind, while Probuild is managing the building and construction having brought 25 of its subcontractors on board, also working on a pro bono basis.

Sandover Pinder director David Karotkin said the firm accepted the request to work on the refurbishment because the timing and nature of the project were right.

“We are interested in the arts and arts projects, we found we had come through the worst of the GFC and had ridden it out well and we were in the position to help out given we had a sense of confidence for the future,” he said.

“We are motivated by civic projects because it is inspiring to work on a project that is going to be influential, and have an effect on more people than just those who have commissioned it. Certainly this ballet project fits that civic description.”

Mr Karotkin said the experience of working with the ballet company and collaboratively with other industry players had been positive.

“All projects where you get that level of enthusiasm are quite infectious. In this case it is quite a unique environment where you are working with a whole team of people. It is not just us, there are other consultants who are contributing in kind as well as the builder,” he said.

“It is interesting how that influences the attitude at the table ... somehow the collaborative nature of the exercise is enhanced.”

“It was wonderful to see that sense of community out there. It was open book, collaborative, and everyone can see what everyone is doing,” Mr Meyerowitz said.

Getting some of the company’s subcontractors to work collaboratively on the project was natural given the nature of Probuild’s business.

He said Probuild was attracted to the project for the tangible outcomes it could bring for the community, something he shared with Mr Karotkin.

“The fact the community will benefit from this as well as the ballet is a positive thing,” Mr Karotkin said.

WA Ballet is currently cramped for space, with costumes and stage sets stored off site.

The new centre will allow the company to have its assets and staff in one location, expand its employment opportunities and retain dancers in WA with increased capacity.