The state government has been encouraged to follow the lead of NSW and South Australia and privatise its land registry agency, Landgate, which posted a net profit of $20.1 million last financial year. 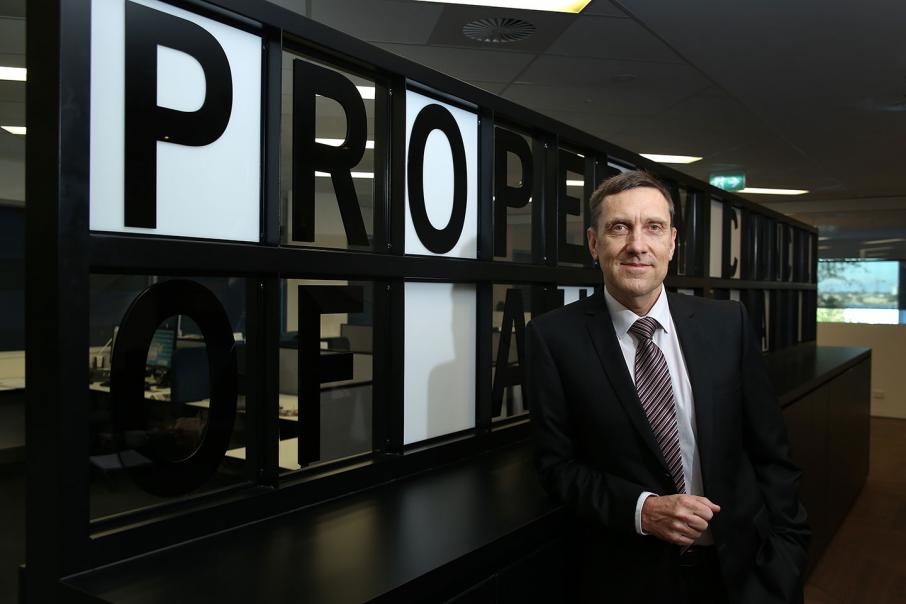 Lino Iacomella says the Landgate privatisation is supported but action must be taken to ensure the costs of buying or selling a property does not increase. Photo: Attila Csaszar

The state government has been encouraged to follow the lead of NSW and South Australia and privatise its land registry agency, Landgate, which posted a net profit of $20.1 million last financial year.

The NSW and SA governments have reaped $2.6 billion and $1.6 billion respectively from the sale of their land title services to private consortia.

The Chamber of Commerce and Industry of WA and the Property Council of Australia both said they would support the potential sale of Landgate.

Their comments come after Premier Mark McGowan said on Sunday this was an option the government would consider in light of its difficult budget situation.

“Obviously Western Power, Water Corporation, Fremantle Ports, we are not selling them, they produce a dividend, they’re essential services, but some of the other areas like the Landgate initiative, we will look at,” Mr McGowan said.

She said the government was broadly considering its options in light of the difficult budget situation and was currently monitoring what was happening in other states.

Midland-based Landgate generated total income of $132 million in the year to June 2017.

Most of that was from its core services, which include land title searches and transfers, and valuations.

Working out its true profitability is not straightforward.

Its annual report shows a pre-tax loss of $6.1 million, but after accounting for government grants and subsidies, asset revaluations and tax, that became a $20.1 million profit.

The potential sale comes after big changes at Landgate, which included the creation of subsidiary business Advara to provide IT services and commercialise its cloud-based land registry platform.

Advara is 22 per cent owned by Adecco Holdings, which is the parent of Landgate’s main technology provider, Ajilon.

It earned $23 million of revenue in FY17 after it started providing Landgate’s IT services last December.

In addition, Advara was the specialist technology consultant to the successful bidder for NSW’s land registry business, and from the start of July began providing services to that business.

CCI chief economist Rick Newnham said Landgate was one of several assets the government should seek to privatise, so it could reinvest the proceeds in infrastructure projects.

“Assets identified as having strong support for sale included the TAB and Gloucester Park, with nearly 50 per cent of survey respondents stating they would support their full or partial sale,” Mr Newnham said.

He said that, outside the Metronet rail project, infrastructure spending was lacking in WA over the next few years.

“Recycling assets will allow the government to pay down debt and invest in new infrastructure that will create jobs and ensure WA’s skilled workforce remains in the state.

Property Council WA executive director Lino Iacomella said the Landgate privatisation was supported, but action must be taken to ensure the costs of buying or selling a property did not increase.

“It is important that the privatisation results in more competition in the market for property information and that the public continues to have affordable access to the data to help homebuyers and tenants,” he said.

“It is also crucial that privacy of information is protected in the privatisation process, in a similar manner to other states that have gone through the process."