A council representing industry heavyweights including BHP Billiton and Alcoa has thrown its support behind the City of Kwinana's proposal to take over part of the City of Cockburn and assume responsibility for the Kwinana industrial strip. 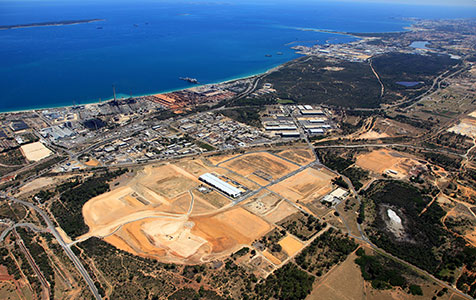 A council representing industry heavyweights including BHP Billiton and Alcoa has thrown its support behind the City of Kwinana's proposal to take over part of the City of Cockburn and assume responsibility for the Kwinana industrial strip.

The City of Kwinana has made a formal submission to the Local Government Advisory Board proposing an extension to Kwinana's borders north and the borders of Fremantle and Melville south to consume the current City of Cockburn, in a move that would effectively give the City of Kwinana sole governing responsibility for the industrial strip.

The plan has been backed by the Kwinana Industries Council, which represents a raft of industry players including Alcoa, BHP Billiton, Cockburn Cement, BP, Coogee Chemicals, CSBP and Fremantle Ports.

In a letter to Premier Colin Barnett, the KIC voiced concern that the state government could place responsibility for the trade hub with cities that had a poor track record of understanding industry.

"From industry's perspective, the (council) with the track record of understanding industry's needs best is the City of Kwinana," KIC director Chris Oughton said.

"(The proposal) largely matches what industry was seeking to achieve: that the City of Kwinana takes over the municipal governance role of the Western Trade Coast."

The City of Cockburn yesterday declared at a special general meeting that it would submit a proposal of its own to extend its boundaries to take over the City of Kwinana.

The council had previously resolved not to proceed with an amalgamation unless the state government guaranteed residents would have the right to vote on any merger proposals.

City of Cockburn mayor Logan Howlett had earlier spoken of a potential Kwinana-Cockburn amalgamation as a "merger between friends" which would provide mutual benefit to both cities.

The City of Kwinana said it expected the cities of Fremantle and Melville to support its plan as it was broadly consistent with their own submissions to the Local Government Advisory Board.

Kwinana mayor Carol Adams said the proposal had been met favourably among key political stakeholders and by the community.

Ms Adams is the wife of the KIC's Mr Oughton.