Screen industry representatives, including Ben Elton, and the City of Fremantle are campaigning for state government investment in a film production hub in O’Connor. 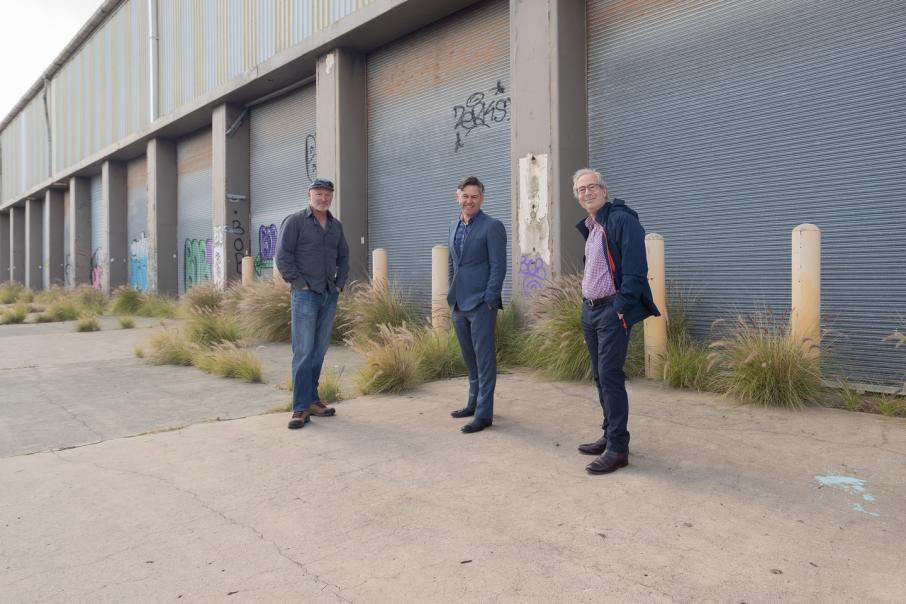 Screen industry representatives, including Ben Elton, and the City of Fremantle are campaigning for state government investment in a film production hub in O’Connor.

The group is lobbying for a warehouse in Jones Street, O’Connor, to be converted into a film production hub as soon as possible to allow the Western Australian film industry to get back to work.

It is also hoped the hub could attract other productions, given WA’s enviable position in the fight against COVID-19.

The hub would include office space, studios for filming, make-up and costume areas and workshops to construct sets.

A business case completed by the City of Fremantle and Screenwest estimated the project would require $8 million in funding from the state government.

“Within about six to eight months we could have this site set up to host projects currently known to be in development that will need a production base,” Mr Fairhead told Business News.

“It would allow WA to take advantage of our unique global position and establish national and international connections who are seeking a COVID-safe production environment over the next year or two.”

He said the dream would be for the Jones Street site to be used for the next five to 10 years, before a permanent site was selected.

“For the longer term, industry is actively supportive of efforts to establish world-class studio facilities for bigger national and international productions at another future-proof site, and then Jones Street could be used as an overflow to the bigger production hub, an economical option for locally grown projects, also potentially as a creative screen hub or multi-purpose creative space,” Mr Fairhead said.

The Victoria Quay Waterfront Steering Group Assessment, released this morning, flagged the possibility of a film industry hub at the quay, but it said the concept required more investigation to ascertain the site’s potential.

The concept of creating a film hub in WA is not new and has been suggested in numerous reports over the years, Mr Fairhead said.

Recently, a Chamber of Arts and Culture WA report, 'Arts and Culture Economic Recovery Plan', said the screen sector had identified the lack of production studios and post-production facilities as key hindrances to growth.

According to the report, there was the potential to attract an estimated $140 million per annum in Commonwealth film, television and streaming services production location incentives.

In July, the state government announced a $400 million package to extend and improve the location incentive for films to be produced in Australia.

Mr Fairhead said the fund was mainly for larger projects, but there was potential for WA to benefit from the package if the hub was created.

He said Screenwest had received several inquiries about productions coming to WA.

“Netflix has said, 'If you do Jones Street, we will land something of an appropriate budget over here and we will build our connections and if you build a nice product and we are happy with the way your service us and that sort of stuff, we will come back with a bigger project',” Mr Fairhead told Business News.

City of Fremantle Mayor Brad Pettitt said the Jones Street site would be a welcome development.

“Fremantle is a really attractive destination for film makers because we’ve got a great mix of locations, from beautiful heritage buildings to big industrial warehouses, funky shops and cafes and the river and the ocean,” he said.

“Establishing a film hub in Fremantle represents a great opportunity for local businesses that could provide services ranging from accommodation and catering right through to set construction and transportation.

“Plus we’re already home to a number of film-based production companies and have a lot of talented and creative people, so establishing a screen production hub in Fremantle would make a lot of sense.”