The state government’s surprise move to lock up state forests has blindsided the timber and related sectors. 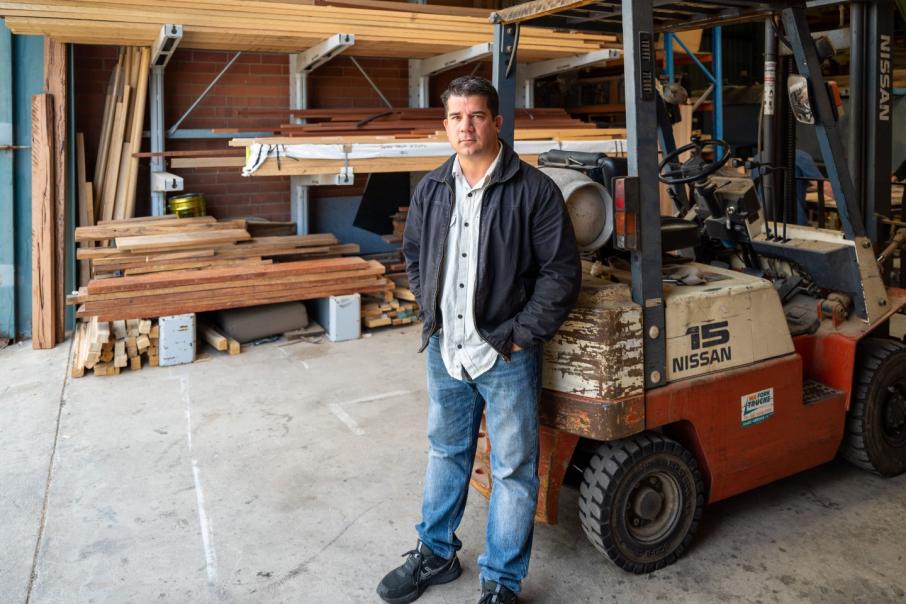 Timber sector businesses, furniture makers and their workers are grappling to come to terms with Western Australia’s logging ban, claiming it will lead to the loss of jobs and the importation of unsustainably sourced hardwoods.

Underpinning the plan is a $50 million transition fund for the 500 workers directly affected and a pledge to invest $350 million over the next decade to expand softwood plantations in the South West.

For several decades, the forestry industry has been in a state of constant change, beholden to shifts in government regulation amid increasing pressure to make the industry more sustainable.

The most momentous of the changes came in 2001, when the Gallop government honoured one of its flagship election commitments and made WA the first state to abolish old-growth logging.

The latest decision has been lauded as a means of safeguarding a vital weapon in the fight against climate change and earned the Labor government political points with environmental groups, ending a 40-year campaign by the state’s conservation council.

Conservation Council of Western Australia director Piers Verstegen said the decision would remove a major threat to wildlife and biodiversity and help fight climate change while facilitating new opportunities in tourism, plantation forestry, honey production, land management, and other industries that are compatible with forest protection.

But it has been met with sharp criticism from the forestry industry and those reliant on it.

The state opposition and the Forest Industries Federation WA (FIFWA) were among the first to speak out, describing the decision as “sudden” and “reckless” and claiming the government’s lack of consultation had blindsided industry, businesses and their employees.

FIFWA director Melissa Haslam said the reverberations of the state government’s decision would first be felt by regional communities reliant on the industry, which contributed $1.4 billion to the WA economy each year and supported about 6,000 jobs.

Ms Haslam also warned the decision would result in an increase in timber imports from countries with lower environmental and management standards and forest management costs once offset by timber production would now be borne by the taxpayer.

“Since the politically motivated announcement, we have heard from many other sectors who are upset and will be massively impacted,” she said.

“The flow-on effects will be huge.

“This current state government signed off on the sustainability of the current forest management plan through the mid-term audit in 2018.

“In the lead up to the last election, both major parties supported the sustainable native timber sector, so this backflip by the government has shocked everyone.”

Though much of the discussion has centred around the impact of the decision on South West communities, its far-reaching implications have become clearer in recent weeks.

Few were more shocked by the move than WA Furniture Manufacturers Association president Michael D’Andrea, who said he found out about the decision only after being contacted by the media.

For more than six years, Mr D’Andrea has spearheaded Welshpool-based furniture design and manufacturing business Artifex Australia, utilising jarrah frames and Australian-made plywood in the manufacturing of furniture and sofas.

He said he was shocked and confused by the move, particularly given the government had claimed the industry was operating sustainably; something that had become a major selling point for the business.

Industry sources have questioned how and why the state government’s decision changed seemingly overnight, and how the new arrangement serves industry and the environment.

While he has not yet been able to put a figure on the number of employees likely to be affected by the decision, Mr D’Andrea said there was already anecdotal evidence of the fallout among the association’s 50 businesses and hardwood suppliers – from the cancellation of overseas contracts to halted business expansion plans.

Mr D’Andrea said he had reservations about the degree to which the ban would serve the environment and it had unintended consequences.

He called on the state government to reconsider.

Like Ms Haslam, Mr D’Andrea highlighted that pine and hardwood were not interchangeable and said manufacturers would end up relying on imported timber from countries that did not have the same stringent regulations as Australia.

Subsequently, industry is also conscious of the impact the reliance on imported hardwoods would have on their operations, including increased supply costs and longer lead times for suppliers, manufacturers and consumers.

With the state government’s subsidy stopping short of supporting those likely to experience the flow-on effects of the decision, Mr D’Andrea said furniture manufacturers and those in the roofing and flooring industry would have to adapt or risk being left behind.

“The government is saying it is going to affect about 500 workers, but what they haven’t considered is how it affects all of the other businesses that rely on the product,” he said.

“The state government wants to build pine plantations in the South West and have us use softwood instead, but they are going to take at least 20 years to grow.

“We have two years to find an alternative timber source.

“There is going to be a huge gap in the market and no other option in Australia; we’re going to have to import it from overseas, likely places like Indonesia.

“That’s just as bad for the environment, if not worse, when you consider the carbon footprint and that a lot of these countries don’t have the same sort of stringent regulations that Australia does.

“Secondly, pine is not an adequate substitute – it’s an inferior product that would diminish the quality of the furniture.

“In order to get pine that is comparable in strength to the jarrah we use in our furniture, it would need to be three times bigger; for every Jarrah tree you’re cutting down, you’d need three pine trees.”

Opposition Leader Mia Davies labelled it a direct attack on an industry that was already being sustainably managed.

Ms Davies said she did not recall any discussion about Labor’s intention to implement the policy prior to the March state election.

“Let’s be clear, there has been no logging of old growth forest since 2001, the only logging that occurs in native forests now is of replanted trees that are sustainably managed under a long-term Forest Management Plan,” she said.

“Families and businesses involved in the industry have been pushed aside in the pursuit of popular political decisions that have become the hallmark of this government.”

The state government insists it did undertake consultation, engaging native timber harvesting businesses, timber industry bodies and local governments back in June to discuss the future of the South West native forests.

A government spokesperson told Business News close to 17,000 responses were received, 95 per cent of which called for more areas of native forest to be protected and 73 per cent believing no harvesting should occur.

But less than 10 per cent of the respondents were directly employed by or affiliated with the South West forestry industry, native timber harvesting or artisan timber product manufacturing.

In the face of declining timber yields and slower-than-expected regrowth, the government had been forced to act, the spokesperson said.

“Given the importance of retaining our native forests for their intrinsic value and other commercial uses, as well as their role as a carbon sink in the fight against climate change, the government has taken the difficult decision to end large-scale commercial logging of our native forests, so they can be preserved for future generations,” the spokesperson said.

But the state government stopped short of conceding the change would affect those producing artisanal products, arguing that timber could still be sourced through reclaimed wood, clearing for mining and forest management activities, and produced on private properties.

The consultation process is expected to continue later this month, when representatives from industry, the union, government and traditional landowners meet to discuss the transition.

Mr D’Andrea said that while he would like to see the proposed legislation change revoked, he acknowledged that industry was fighting an uphill battle.

“What are future generations going to use? How will this affect the furniture manufacturing industry here?” he said.

“Up until a few weeks ago, logging in this state was considered sustainable. What changed?

“We’re not talking about old-growth forests being logged – the oldest trees being logged are 30 years old and it’s only one per cent every year.

“It takes the pride away from the whole industry.” 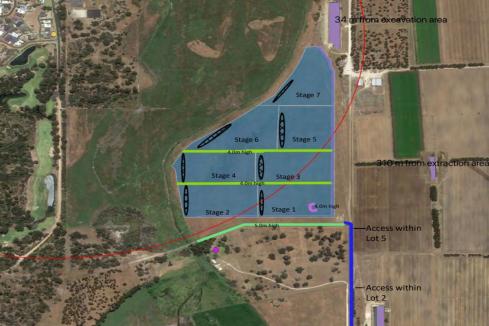 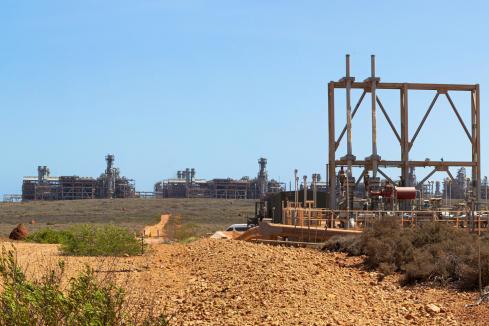 Emissions down, decision ahead for Chevron