Demand for industrial and logistics properties has increased over the past six months, with the vacancy rate falling to a historic low of 2.24 per cent, according to CBRE. 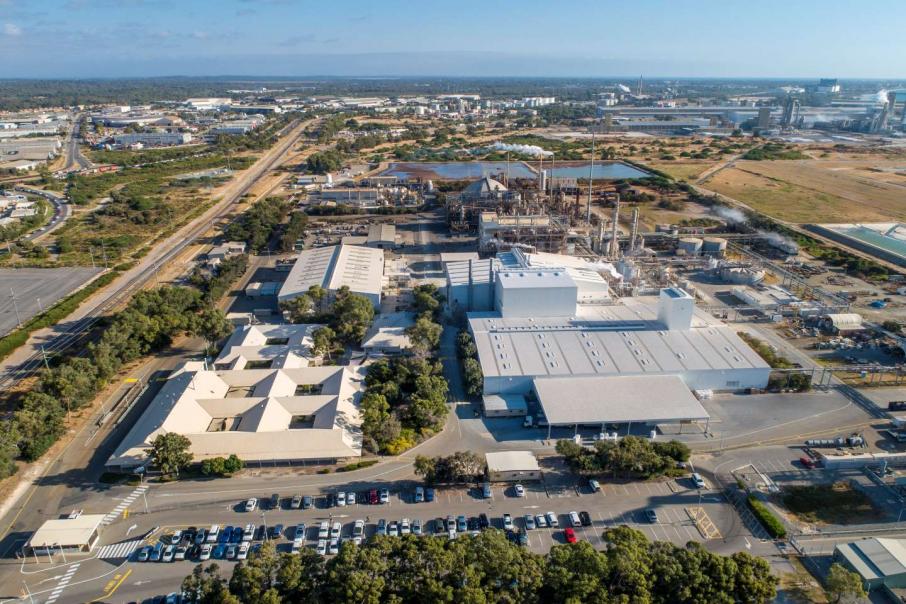 Over the past six months Perth’s industrial and logistics market recorded a net absorption of 149,000sqm. Photo: Attila Csaszar

Demand for industrial and logistics properties has increased over the past six months, with the vacancy rate falling to a historic low of 2.24 per cent, according to CBRE.

The net absorption figure was calculated by combining the changes in total stock levels and vacant space.

Vacancy across Perth’s industrial and logistics market fell by almost 1 per cent, from 5.01 per cent to 4.30 per cent.

Despite recording the largest vacancy rate in the country, CBRE head of industrial and logistics for Western Australia Jarrad Grierson said the Perth market had bounced back strongly.

“Continued net absorption has resulted in decreasing supply levels, particularly for prime stock, which has placed upward pressure on rents and a decrease in market incentives,” Mr Grierson said.

“Demand for speculative developments also continues to grow, as investors look to capitalise on industrial assets in the Perth market.

“Yields continue to tighten, and demand coupled with limited supply will result in capital values and land values increasing. In addition to continued investor demand, the owner-occupier market is strong across the board in all precincts.”

Sydney recorded the lowest vacancy rate (1.4 per cent) after absorbing 738,325sqm of stock, with Melbourne’s vacancy rate falling by a full percentage to 1.54 per cent, following the net absorption of 653,365sqm.

Melbourne accounted for more than half of total stock absorption in Australia in the first quarter of calendar year 2021, of which 25 per cent of space was taken up by retailers.

“Commodity pricing remains at historically high levels, which has resulted in continued infrastructure spending and the potential for new projects,” he said.

“In addition to mining-related activity, we have experienced a spike in demand from a range of industry types, most notably tenants associated with both e-commerce of general warehousing sectors.

“The spike in tenant demand from these groups has been the result of tenant confidence in the medium-to-long term outlook and favourable opportunities for a flight to quality.”

With more than 60 per cent of the supply expected to be delivered in 2021 and 2022 already pre-committed, CBRE said it anticipated vacancy rates to remain relatively low over the next 18 months.

The property group’s analysis sample of Perth stock is much larger as it considers buildings sized 2,000sqm or larger. 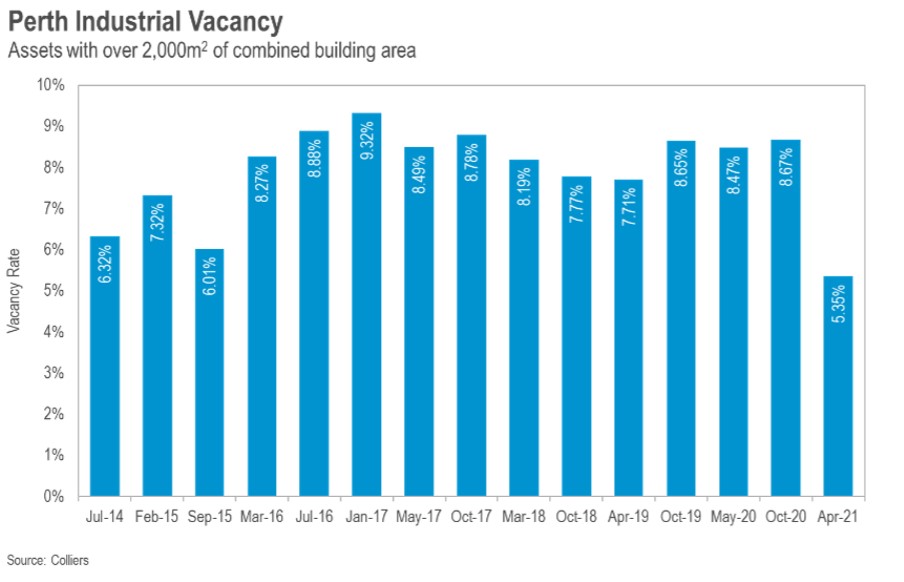 Perth’s north region continued to have the least vacancy, with 100,080sqm of empty space as at April 2021.

Meanwhile, the city’s south had the largest volume of available space for lease (265,020sqm).

Report author Quyen Quach, who is the associate director of research and urban economics at Colliers, said incentives in prime grade warehouses had moderated over the year, down to an average of 11.25 per cent.

“Average prime warehouse rents for space over 2,000sqm was stable over the March 2021 quarter,” he said.

“In annual terms, prime warehouse rents have increased 5.4 per cent over the year.”

Mr Quach said secondary rents were also stable, broadly ranging from $55 per sqm to $75 per sqm in March 2021, which was 3.6 per cent higher over the year and largely driven by falling vacancy in the larger warehouse segment.