INDUSTRIAL leasing activity held strong amidst a dramatic fall in sales through 2008, with the lack of supply of larger warehouse-style premises supporting rental values. 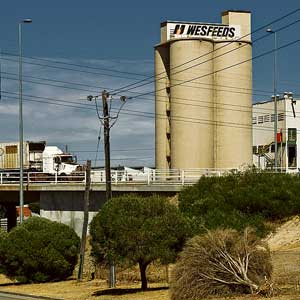 LEADER: The eastern precinct, including Kewdale, Welshpool and Hazelmere, was the star performer for the industrial leasing market. Photos: Grant Currall

INDUSTRIAL leasing activity held strong amidst a dramatic fall in sales through 2008, with the lack of supply of larger warehouse-style premises supporting rental values.

The Colliers International summer industrial market indicators report showed that, while industrial sales were almost half that of 2007, the focus of the market shifted to leasing as continued demand and lack of supply supported rental values.

"There was and still is a lack of quality warehouses or workshops of over 1,500 square metres available for lease or pre-lease," Colliers director industrial agency Wayne Chorley told WA Business News.

"While we have seen the bottom end of the leasing market fall away over the past three months, the lack of supply of quality warehouses and workshops will ensure that rental levels at the top end of the market are maintained."

"We had very little supply and the gap between the new and existing, between that $115/sqm and $95/sqm, was getting smaller. If things hadn't hit the fan we would have seen rents for existing warehouses up to $115/sqm," Mr Chorley said.

The eastern precinct was the star performer in the leasing market, with underlying demand for large warehouse facilities in Kewdale, Welshpool and Hazelmere lifting rents by between 5 per cent and 10 per cent during the past 12 months.

A shortage of space in the northern industrial precincts, including Balcatta, Malaga and Wangara, lifted prime warehouse rents from between $85- $120/sqm at the end of 2007 to between $95-$130/sqm by mid-late 2008.

Knight Frank associate director commercial and industrial sales and leasing, Mark Swale, said leasing help up during 2008 as development stalled due to the reluctance of banks to lend money to developers without pre-commitment from a prospective tenant. But that could shift in 2009 as more supply comes online

"We're getting a lot of enquiry, but its still enquiry at this point in time. So there's a good foundation," Mr Swale said.

Industrial sales fell about 40 per cent in 2008, with 551 industrial property transactions at a total value of $665 million. The largest transaction was the sale of 17 Hazelhurst St Kewdale, home to Toll Transport, for $25.2 million.

The supply of vacant land in the south is set to increase in 2009, with the release of lots at PrimeWest's Phoenix Business Park in Bibra Lake and at LandCorp's Latitude 32 in Hope Valley.

A large amount of construction is also under way on strata units in Cockburn (Cockburn Commercial Park), Yangebup (Triangle Park), Jandakot and Bibra Lake, which raises possibility of a potential oversupply in 2009, according to the Colliers report.

To the north, lots have been released for LandCorp's 400-hectare Neerabup industrial estate, Meridian Park, with stage 3 of 40ha Lansdale North released earlier this year.

Goodman International's Stockyards Industrial Estate in Hazelmere has signed two major tenants, Boart Longyear and Detroit Diesel, which will take up more than one-third of the total site.