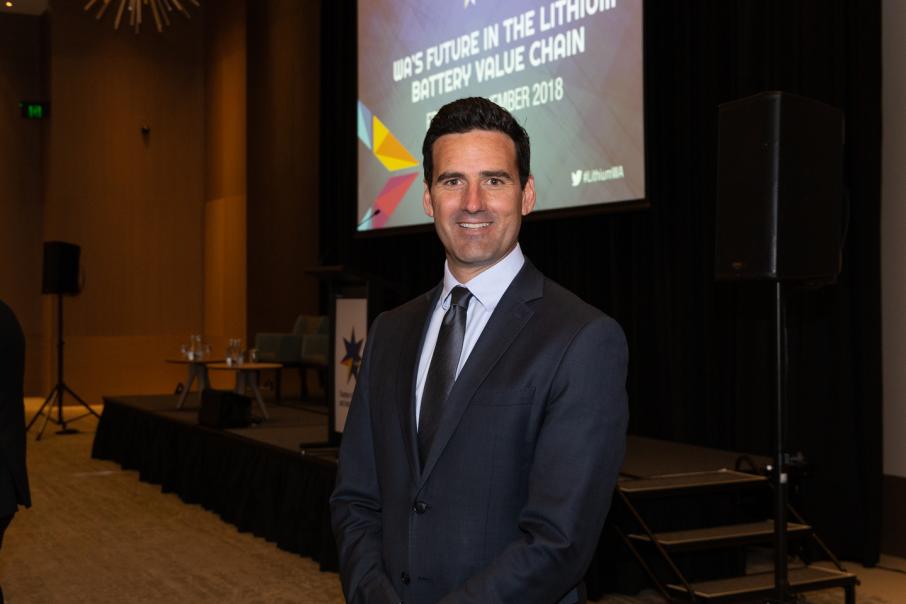 Chris Rodwell has said the CCI did not oppose punishing criminal negligence, but stated concerns with the Bill as it is currently written. Photo: Gabriel Oliveira

Chamber of Commerce and Industry of WA chief executive Chris Rodwell said government amendments to the Workplace Health and Safety Bill currently before parliament failed to address its serious flaws.

Under the Bill, he said, small business owners, sole traders and farmers could be locked in prison for 10 years for tragic accidents that were no fault of their own.

“In short, it shuffles the most flawed parts of Bill back into the deck to re-appear elsewhere,” Mr Rodwell said.

He said hundreds of WA businesses had contacted CCIWA to express their alarm at the Bill.

“Although it relabels the Category 1 offence a crime, it does not apply a recognised criminal test.

“This was the conclusion of the report by the Standing Committee on Legislation, which included a member of the Government.

Mr Rodwell said the government also failed to acknowledge the need for DPP oversight of prosecution.

“WorkSafe should not be extended into the field of prosecuting serious criminal offences, which is properly in the role and expertise of the Department of Public Prosecutions,” he said.

“WA’s small businesses, sole traders and farmers should not face being locked away from their families for 10 years, when they have not been reckless or irresponsible in their actions.”

“This Bill includes 20-year penalties and multi-million dollar fines for reckless conduct towards safety, which we have not opposed,” he said.

“However, the worst parts of this Bill apply a uniquely low standard for prosecution, out of step with the rest of the country and would place Western Australian businesses in a unique position of uncertainty.”

He urged the parliament to oppose and wholly remove Section 30b in whatever guise, and not to be confounded by sleight of hand.

Mr Rodwell said CCIWA had supported measures that had made workplaces progressively safer over the years, reducing the rate of serious workplace accidents by 62 per cent.

Minister for Industrial Relations Bill Johnston said the CCI’s comments were disingenuous and failed to accurately explain the laws being presented to the Parliament.

The minister said the amendments the government has brought forward seek to deal with some concerns raised by employer groups, unions and families.

“Specifically, we recognise that where cases could have penalties above five years, in relation to the negligence of an employer leading to the death of a worker, they should be determined in the District Court and prosecuted by the Director of Public Prosecutions."

The Minister's full statement is apsted below:

“The McGowan Labor Government’s response to the Boland review are contained in Clause 30A of the WHS Bill. This section, which was passed unanimously by the Legislative Assembly, has the support of all parties in the Legislative Council. “There are no substantive amendments proposed to this provision.

“On the other hand, the Government and the Liberal Party are proposing amendments to Clause 30B and Clause 31 of the WHS bill.

“None of these provisions (the clauses in the Bill or the proposed amendments by the Liberal Party and the Labor Party) deal with issues from the Boland review because those recommendations are dealt with by Clause 30A.

“The proposed Clause 30B and Clause 31 and the related amendments relate to translating the law as it has existed in Western Australia since 1984.

“The CCI’s criticism are a typical “straw man argument” and are not related to the provisions actually being debated in the Parliament.

“Consultation is about understanding the views of various stakeholders before you make a decision, and you will not always come to an agreement.

“In this case, the McGowan Government does not agree with the CCI, that does not mean we are unaware of what their views are on this matter.

“The CCI does not support the amendments that the Government has brought forward, which seeks to deal with some concerns raised by employer groups, unions and families.

“Specifically, we recognise that where cases could have penalties above five years, in relation to the negligence of an employer leading to the death of a worker, they should be determined in the District Court and prosecuted by the Director of Public Prosecutions.

“The time has come to pass industrial manslaughter laws featured in the broader Work Health and Safety Bill.

“These laws on industrial manslaughter have been under discussion in this State and throughout Australia for many years. Now is the time to get this done.

“Passing these laws will bring WA in line with the nationally agreed model Bill, in place in other States, and result in significant cost savings for industries.”