Indigenous scholarship to honour 40under40 winner 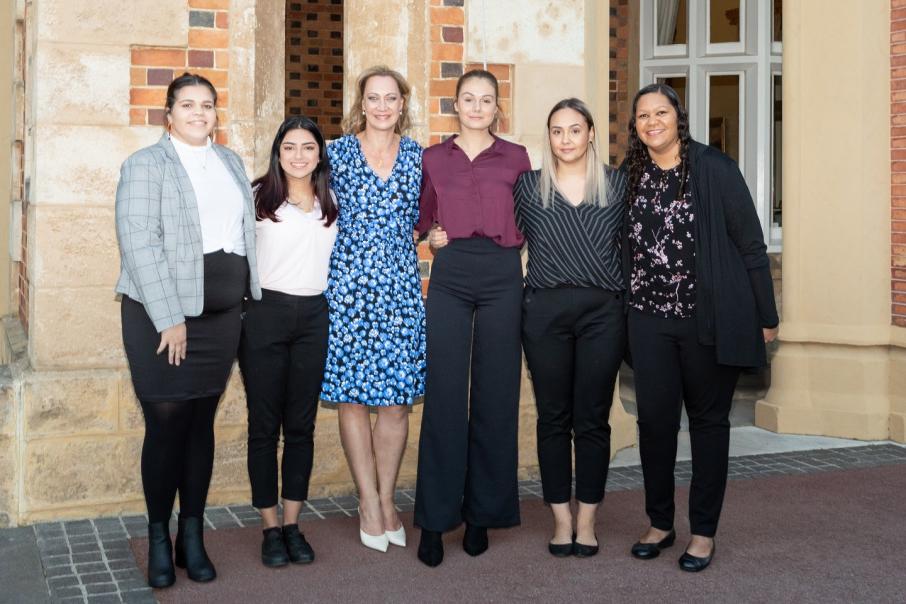 Dr Westerman, a Curtin graduate, founded Indigenous Psychological Services in 1998, which she said realised her long-held belief in the vital need for psychological training specifically geared towards Aboriginal people across the country.

A Njamal woman from the Pilbara region, Dr Westerman was named WA’s 2018 Australian of the Year, and was a 40under40 winner in 2010.

The scholarship recipients, who are all studying for a bachelor of psychology degree at Curtin, will receive $10,000 to help with their study, living and transport costs at any stage of their degree.

Mr Beazley said he felt honoured to be the patron and officially launch the scholarship program.

“When I first met Dr Tracy Westerman I knew that I wanted to help her achieve her vision to reduce the alarming suicide rates in our rural and remote indigenous communities, where children as young as 10 years of age are ending their own lives,” he said.

“This program will create the cadre of competent indigenous professionals who will turn this around.”

Dr Westerman personally donated $50,000 over five years to launch the new scholarship program, which has attracted additional donations from others who share her vision to reduce suicide rates in indigenous communities.

“These students represent the future of our communities and it is a privilege to be able to support their dreams to improve the mental health and wellbeing of indigenous people,” Dr Westerman said.

“Through this program, we are supporting Aboriginal students with rural and remote connections to become psychologists, skilled in indigenous-specific mental health, suicide prevention and intervention programs.”

Curtin University vice-chancellor Deborah Terry said the scholarship program had the power to transform lives through education in just one generation.

“Curtin is extremely proud to partner in this program with such an exceptional group of students as inaugural recipients of the new scholarship, and we look forward to seeing them play their role in making tomorrow better for people in the communities in which they will work.”

In other recent news from Curtin, one of its graduates and former sessional academic has received the inaugural Fogarty Literary Award for her manuscript The History of Mischief.

Rebecca Higgie won the award, which is for WA writers aged 18 to 35, and earned a $20,000 cash prize from the Fogarty Foundation along with a publishing contract with Fremantle Press.

Professor Terry congratulated Dr Higgie on her success, saying she was selected from 64 entrants from WA.