Indigenous businesses are pushing for an increased emphasis on making the sector more sustainable in the wake of another significant native title settlement. 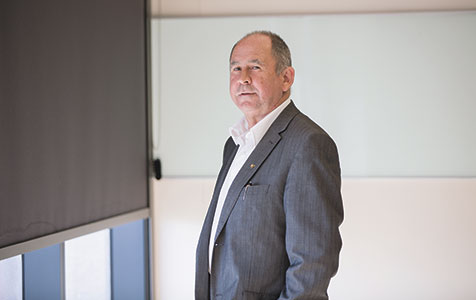 Indigenous businesses are pushing for an increased emphasis on making the sector more sustainable in the wake of another significant native title settlement.

The state government has announced it will pay the Ngarluma Aboriginal Corporation $20 million in return for use of land to build the Anketell Port, but the deal has again raised the question of sustainability resulting from such agreements.

Chief executive Paul Stenson told Business News the agreement was a favourable result for the corporation after four years of negotiations.

Mr Stenson said part of the income would be invested in the corporation’s Mt Welcome Pastoral Station, which was breaking even but expected to become profitable in coming years, as well as building facilities for elderly members.

Beyond that, Mr Stenson said it was up to individual negotiations with contractors to ensure they helped increase the capability of potential Ngarluma employees and associated businesses.

“What’s really important is that these people are actually appropriately trained to get the necessary skills to be able to fulfil that role, and are given meaningful tasks that are rewarding for people – rather than just being a statistic so someone can tick a box,” Mr Stenson said.

The perceived lack of meaningful employment of indigenous workers was part of the motivation for Dwayne Rowland to found new indigenous solar energy business IN Power.

Mr Rowland has held community engagement roles with a range of mining companies, including BHP Billiton.

“A lot of indigenous businesses that have been around for 10 or 20 years have never worked outside of the iron ore sector because they’ve never needed to – they’ve got a nice little business,” Mr Rowland said.

“But as soon as the resource company puts on the brakes, they don’t know where to go.

“In many cases a joint venture doesn’t leave a legacy – they don’t get any capacity built – once that (non-indigenous) partner leaves, there’s nothing left.”

Mr Rowland has based IN Power on a minority ‘capacity-building model’ from the US, which audits the involvement, responsibilities and capacity being built in minority companies working in joint ventures.

His family owns a majority stake in IN Power, with established Western Australian solar energy company, NEXT Power, taking a minority stake.

Mr Rowland said NEXT Power’s expertise would be used to give IN Power instant capacity in the short term, but that experience would be utilised to train indigenous workers for the long term.

In one example, Mr Rowland said he had employed a solar energy engineer from India, but that employee would be used to train an indigenous worker who would eventually take over.

The business is a joint venture between indigenous business consultant Kim Collard (who holds a 51 per cent stake in the company) and established office supplies company Quick Corporate Australia.

Mr Collard said his own market research concluded there were no indigenous businesses operating in the office supplies space, which prompted his motivation to establish one.

The company has already signed Rio Tinto on as a client.

Mr Collard said the business arrangements stipulated that the indigenous side of Kulbardi be in the driver’s seat, with Quick Corporate Australia responsible for the ‘back end’ until its indigenous employees were more capable.

“In a lot of instances the so-called Aboriginal partner may have a 51 per cent share but it plays a very minuscule role,” Mr Collard said.

“In our case we’re a real business and 51 per cent of the profits will be coming to the Aboriginal-owned side.”

Mr Collard said he was creating an employment training strategy where indigenous workers would work alongside non-indigenous employees to learn the skills of the trade – from middle management to ‘back-of-house’ roles.

“In the interim period it will very much be a mentoring capacity until such a time as that person is fully confident to fulfil that function,” he said.

Chief executive of Quick Corporate Australia Darren Hayes said the joint venture business had the potential to surpass the existing business, given the emphasis from the resources sector on contracting indigenous businesses.

“The Kulbardi JV gave us the opportunity to really push into the oil, mining and gas sectors and government, which hadn’t been strong for us in years gone by – we’d been concentrating on the medium business market,” Mr Hayes said.

“The stationery industry has never seen anything like this before and so I honestly believe the opportunity is significant.”