Fortescue Metals Group has deepened its commitment to hockey, striking deals with the sport’s national body thought to be worth more than $1.7 million over the next five years. 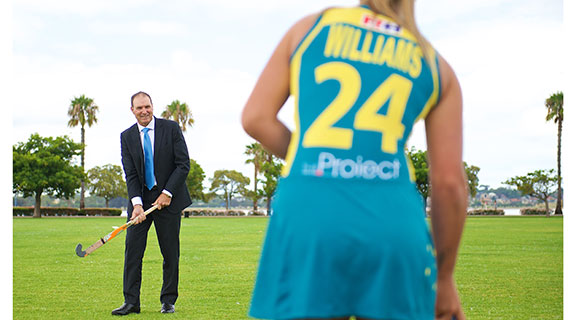 Fortescue Metals Group has deepened its commitment to hockey, striking deals with the sport’s national body thought to be worth more than $1.7 million over the next five years.

FMG has extended its support of hockey’s national indigenous program for five years and renewed its sponsorship of the national men’s team, the Kookaburras, for a further three years. Each of those arrangements was estimated to be between $200,000 and $250,000 per annum.

It has also become a principal sponsor of the women’s national team, the Hockeyroos, with a new three-year deal under which the FMG brand will feature on the players’ bodysuits. The Hockeyroos, whose key sponsor is mining services group Ausdrill, will also participate more formally in the indigenous program as part of the arrangement.

FMG CEO Nev Power said the indigenous program run since 2011 was the primary reason for backing the hockey teams, but the integrity of the sport’s players was also important, especially when the business had to justify the cost in tougher economic times.

“Really our sponsorship hinges around the national indigenous hockey program, where we have members of the Kookaburras and now the Hockeyroos going to our sites in the Pilbara and local communities in the Pilbara to provide that role model for indigenous kids and give them a help up with their opportunities.

“While it is a tough business environment it is something we remain absolutely committed to.”

“The sponsorship of the Hockeyroos fits well with our desire to grow the indigenous program, but also to publicly demonstrate our commitment to gender equality,” he said.

“Hockey Australia pools sponsorship revenues and pays female and male athletes equally, but by signing on formally as a sponsor we are very excited to be more directly associated with the Hockeyroos.”

The arrangement ensures FMG will be prominent during the lead up to this year’s Olympic Games in Rio de Janeiro, where both teams are viewed as likely finalists and gold medal chances.

The announcement of the extended FMG arrangement follows a two-year deal with Curtin University struck late last year, which will give the tertiary education provider exposure on the uniforms of the Kookaburras and Hockeyroos, as well as research into their performance on the sporting field.