SPECIAL REPORT: Indigenous contractors are revising their business plans and moving into new sectors as the mining construction boom has waned. 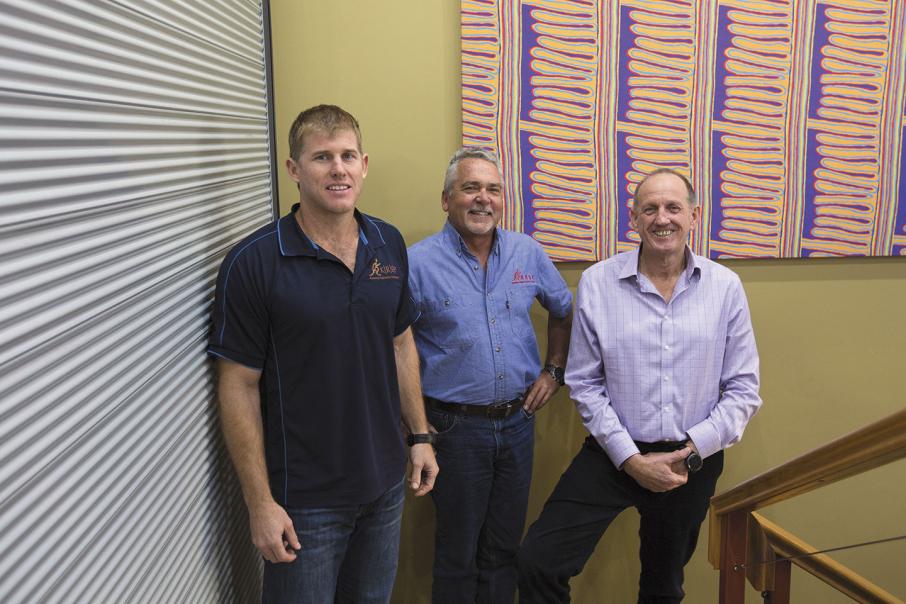 SPECIAL REPORT: Indigenous contractors are revising their business plans and moving into new sectors as the mining construction boom has waned.

The slowdown in mining construction work in northern Australia has created major challenges for the state’s biggest indigenous contractors.

Firms such as Indigenous Construction Resource Group, Kimberley Regional Service Providers, and Eastern Guruma have needed to sharpen their pencils and trim their margins.

They have also searched more widely for new growth opportunities, in areas such as waste management and power supplies.

A joint venture between Fitzroy Crossing-based Marra Worra Worra Aboriginal Corporation and Perth-based GJ Johnson & Co, it employs about 120 people, with Aboriginal employment fluctuating between 60 and 65 per cent.

KRSP was established in 1998 when maintenance and service contracts for Aboriginal communities in Western Australia were put up for tender by the state government.

It has built on that base to win capital works projects for the likes of power, immigration, defence, and housing authorities.

These have typically accounted for up to 60 per cent of turnover.

KRSP’s largest contracts, for Horizon Power, have been worth up to $14 million.

Like other contractors, it had to deal with labour shortages and high costs during the mining construction boom, and is now faced with more competitors chasing the smaller pool of work.

“We used to win eight out of 10 contracts, now it’s more like four out of 10,” Mr Johnson told Business News.

Fellow director Rob Imber said some of the contractors winning work in remote locations for the first time would come unstuck.

“They’re not equipped and not experienced to operate in that environment,” Mr Imber said.

Mr Johnson said he started planning 18 months ago for the slowdown.

“At the time we were flat out but I could see there was a change in the dynamics,” he said.

“We’ve had to work very hard to stay in this market; we’ve had to look at how we work, look at our margins, our sustainability.”

Mr Imber believes KRSP has worked well because the joint venturers understand what each party brings.

“Both parties came to the table with different skill sets and aspirations but an acknowledgement each party had something to contribute,” Mr Imber said.

“That in itself has brought about significant opportunities in the community,” Mr Bedford told Business News.

The dividends had also enabled Marra Worra Worra to buy other businesses in its own right, including a roadhouse, a hardware store, a contracting and hire business, and workers’ camps.

The biggest player in the sector is Perth-based Indigenous Construction Resource Group, which has established a series of joint ventures with Aboriginal families and traditional owner groups, including Wintawari Guruma Enterprises.

It has 210 staff, mostly in WA, with about 60 per cent being Aboriginal.

With a client list including Fortescue Metals Group, BGC Contracting, Rio Tinto, Roy Hill Holdings and BHP Billiton, the company has annual turnover of about $63 million.

“We try to partner with traditional owner groups,” he said.

“That can’t always be done.

“We’re there to employ as many Aboriginal people as possible.”

This would include offering equity to traditional owner groups.

While ICRG’s Aboriginal identity is a key part of the business, Mr Cable emphasised the firm wanted to win work on its merits.

“We want our delivery to be the best out of any contractor,” he said.

“That’s how we’ve positioned ourselves for the construction downturn.”

Eastern Guruma, which is owned by members of the Eastern Guruma people, was one of the most successful Aboriginal contractors during the mining construction boom.

With just more than 100 staff, Eastern Guruma’s diversification moves have included a joint venture with Perth-based Energy Made Clean for the rollout of solar power stations and solar water pumps in northern Australia.

Under the partnership, EMC will contribute technology and experience in designing and installing renewable energy systems, while Eastern Guruma will provide civil and construction expertise.

“We are well aware of the energy constraints affecting remote Australia and believe that together we will be able to offer a very viable alternative to diesel power,” he said.

Eastern Guruma has also partnered with Brierty, Le Grove Landscaping and most notably Wirlu-Murra Yindjibarndi Contracting, which is one of Fortescue’s preferred contracting partners.

The joint venture path has also suited Geoffrey Stocker, who had previously built up Pilbara Logistics into a substantial contracting business.

Toxfree has subsequently brought in additional partners, including Wintawari Guruma Enterprises and Nyiyaparli traditional owner Tammy O’Connor, to two of its joint ventures.

The joint ventures currently operate in Port Hedland and Newman, and at Fortesuce and Roy Hill sites, and collectively have 62 staff.

Toxfree’s Mick Garkaklis said the joint ventures currently had about 40 per cent Aboriginal employment, and the group was seeking to lift that to 50 per cent.