SPECIAL REPORT: An emerging indigenous contractor has called for a strategic rethink of the sector after a tumultuous year. 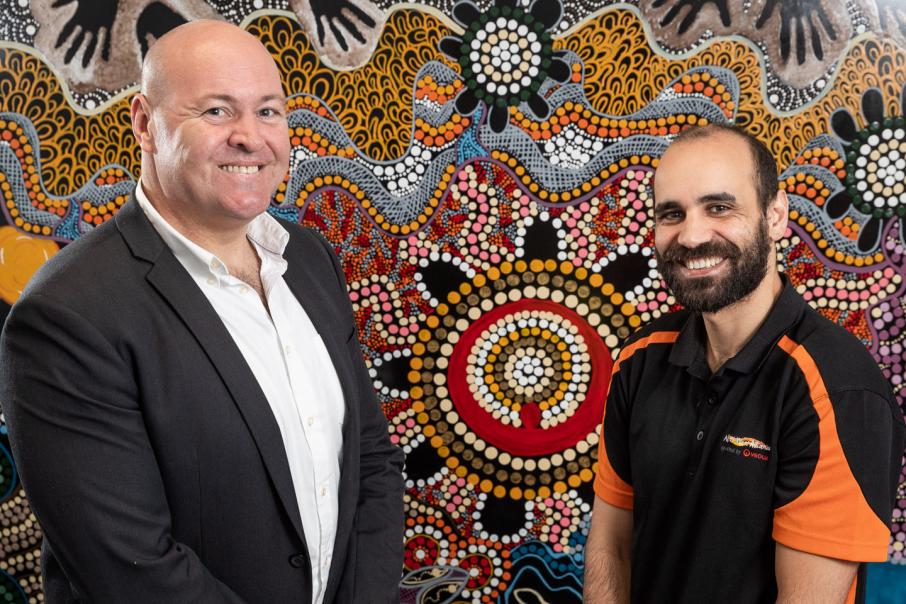 An emerging indigenous contractor has called for a strategic rethink of the sector after a tumultuous year.

The past year has been a challenging period for the indigenous business sector in Western Australia, with some major players being wound up or restructured.

This reflects the squeeze that has hit many businesses in the Pilbara, and has occurred despite efforts by the government and larger miners and contractors to drive new opportunities.

However, there has been positive news for emerging indigenous groups such as North West Alliance, NPJV and Karlka Developments.

An updated ranking of indigenous contractors, listed on the BNiQ Search Engine, has Carey Mining at the top with 180 employees.

Carey has been running for more than 20 years and has built a diverse operation that includes contracting and training services.

Lack of diversity has been a problem for some groups and is one of the goals being pursued by other players in the sector as they seek to develop sustainable, long-term businesses.

For many years, mining and civil contractor Eastern Guruma has been one of the state’s largest indigenous businesses. It has continued in this role, despite the family-owned business being placed into administration last October when it faced a cash flow squeeze.

In December 2017, creditors accepted a deed of company arrangement that allowed the business to continue trading under the control of its directors.

Cor Cordis partners Jeremy Nipps and Cliff Rocke were appointed administrators in March and continue to have oversight of the business, which they describe as asset rich but cash flow poor.

NYFL continues to operate some of its businesses, including a general store and cafe in Roebourne.

A contract with Dampier Salt continues though a related entity and its 50 per cent stake in the Whim Creek Hotel has also been retained.

However, its maintenance and construction arm has gone into liquidation and its tyre store was shut down before the administrators were appointed.

Mr Rocke said NYFL had followed its charter by investing in its local community, including in Roebourne properties, but this left it heavily exposed to the slowdown in the Pilbara.

The administrators are evaluating property sales to cut the group’s $5 million debt, with Mr Nipps saying this process could take a couple of years.

“All roads are pointing towards a better outcome but it will take time,” Mr Nipps told Business News.

In line with the shifting business dynamic in the Pilbara, many indigenous contractors are focused on operations rather than construction.

Some are also looking beyond the Pilbara to achieve greater diversification.

Karlka is the commercial arm of the Karlka Nyiyaparli Aboriginal Corporation, which represents the Nyiyaparli people of the east Pilbara.

It already has a facilities management venture with global company Sodexo and a recruitment joint venture.

Chief executive John Valuri said the group was evaluating other acquisition opportunities, in areas as diverse as cattle stations, retail and financial services.

“This is about actively creating the future we want,” Mr Valuri said.

An unincorporated joint venture between indigenous group Njamal Services and the Pilbara Resource Group (NPJV) is another group to have achieved notable progress.

NPJV’s latest win was a contract to supply and construct onsite facilities for Maca at Pilbara Minerals’ Pilgangoora mine, 120 kilometres from Port Hedland.

The contract builds on NPJV’s existing relationship with Maca, which started last year with the supply of civil and labour hire support.

It also followed a 12-month labour contract with BGC Contracting at the Mt Webber iron ore mine in the Pilbara.

“While our track record speaks for itself, we understand the requirements of competitive tendering and the fact that we need to be able to deliver to the highest levels for clients,” he said.

Another success for NPJV was its backing of Bithara, an indigenous family business contracted to supply bus services for Pilbara Minerals.

In the Bithara example, NPJV worked with business owners Troy Eaton and Denise Smith to assemble the tender proposal, ensured it was compliant with all licences and regulations, and provided general business support and recruitment assistance.

Arguably the most notable success story in the indigenous business sector in recent years has been the rapid emergence of North West Alliance, a waste management joint venture established in 2013.

It is jointly backed by global company Veolia and indigenous partner Our Country, which was founded by Palyku traditional owner Blaze Kwaymullina.

Veolia Environmental Services group general manager WA, Marc Churchin, said the impetus for establishing the joint venture came from BHP, which put its Pilbara waste contract up for tender in 2013.

“It became clear they wanted to award the contract to an indigenous joint venture,” Mr Churchin told Business News.

The big iron ore miners in the Pilbara – Rio, BHP and Fortescue Metals Group – have been at the forefront of creating commercial opportunities for indigenous groups.

The public sector has been slower to follow, but its efforts to catch up were illustrated by the WA government launching an Aboriginal procurement policy last December, and the Water Corporation hosting its first Aboriginal Supplier trade show last October.

Many government agencies and businesses are also showing their intent by establishing Reconciliation Action Plans.

“We probably made a leap of faith, on both sides,” he said.

“It wasn’t an unincorporated joint venture or some high-level agreement to work together.

“We decided to form a fully incorporated joint venture; a stand-alone business that was jointly owned.”

“Indigenous joint ventures have normally come out of the construction industry,” he said.

“They typically work as a big brother, little brother structure, and they part ways at the end of each project.

“Some people have taken that model and started applying it outside the construction industry without thinking it through.

“We wanted a separate standalone company that we could both invest capacity in; that would be the entity that would grow capability and would pass on economic benefits.”

Mr Churchin said North West Alliance had been structured to suit the tighter operating margins in the Pilbara.

“Our traditional competitors in those markets have really struggled to cope, because they were there during the boom and had exponential growth in margin,” he said.

“When it fell away, they were either not willing or able to adapt.”

Mr Kwaymullina said there was a lot of hard work behind the group’s success.

“Our joint venture was founded in the downturn, so that meant we’ve had to look really hard at how it operates to be commercially profitable and deliver local economic impact,” he said.

“That’s a really tough, hard piece of work, to think through every level of your business.

“With Veolia, it showed their willingness to do that hard work.

“It required some step-changes to processes and systems, not just exceptions to rules, to reconfigure how they operate.

“It continues to be a significant piece of work, it’s not like you do it once and it’s done.

“That’s the sweat, its hard work, but if you do it you will be rewarded.”

“In some ways, that’s a contradiction, but in other ways it fits perfectly,” he said.

“Global businesses are set up to do things a certain way and I’m a small, agile entrepreneur focused on local economic returns.

“Surprisingly, it has fitted quite well, so long as you alter some perspectives and make some systems changes.”

North West Alliance has established a tiered preferencing system to benefit the traditional owners and locals in the Pilbara.

“It’s reasonably sophisticated beyond what most people are doing,” Mr Kwaymullina said.

“It’s not just a commitment or a fluffy story, we can tell you in the millions what our impact is.”

To be precise, he said the direct benefit the group had delivered was $44 million over five years.

“Every Aboriginal business that is successful is operating across multiple native title groups,” he said.

“There is a reason for that; you follow where the work is.”

Mr Churchin said companies such as Rio made it very clear Aboriginal engagement was important, and Veolia had been flexible in response.

“We’ve actually had to invest in supporting some of the local businesses and sub-contractors we work with,” he said.

“We’ve had to do that in a phase, to build up some of these companies and individuals, to deliver the value the companies want.”

Mr Kwaymullina called on all the big players in the Pilbara to consider fresh approaches to achieve sustainable benefits for the wider community.

“The big mining companies don’t know what the answers are, and neither do the tier one contractors or the communities,” he said.

“What we need is regional collaboration between all of those stakeholders to create a blueprint for the next 20 years of Aboriginal contracting.

“We need to look at things like, what are the categories where the big miners want to see high local content?

“In those categories, let’s start looking at 10-year or 20-year contracts

“If there is certainty, you don’t need such high margins because you can work over a longer period and ameliorate some of the bottom-line effects of building capacity.

“There are lots of mechanisms that can be used but they need strategic conversations, not transactional conversations.” 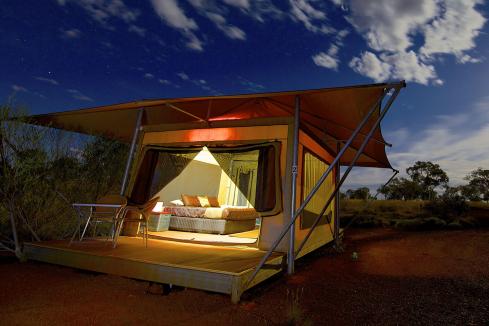 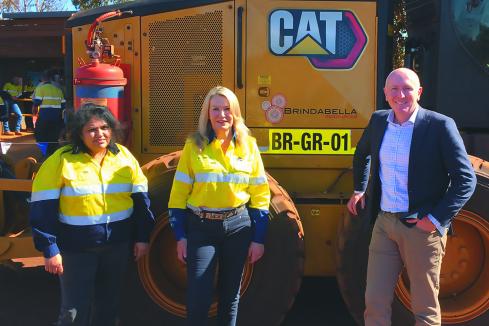