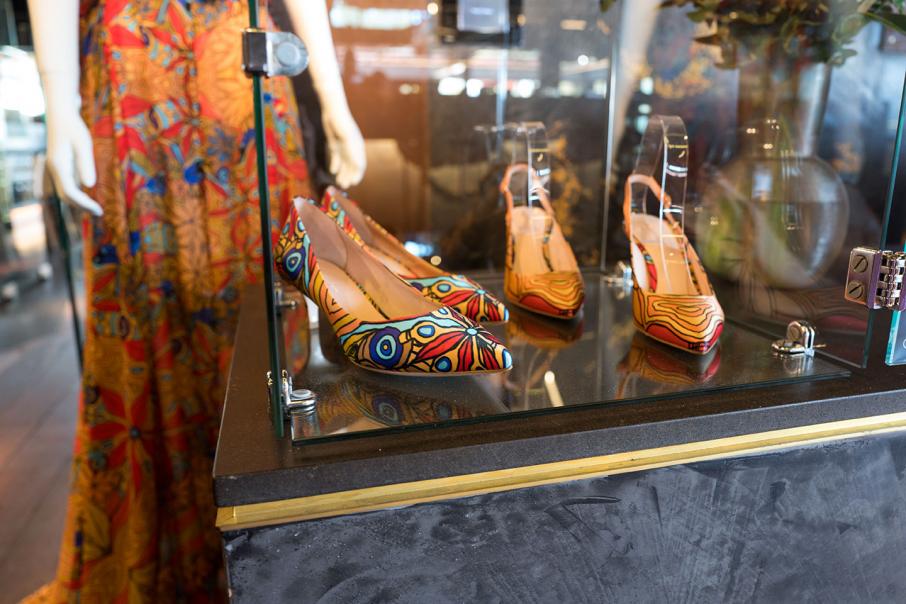 Bringing Australia to the World will exhibit at Ku De Ta until November 20. Photos: Attila Csaszar

The ‘Bringing Australia to the World’ initiative was instigated by collaboration facilitator Fashion Advocate.

Using the same artwork, Alvin Fernandez has created a unique gown, interpreting the print onto chiffon.

In partnership with Fashion Advocate, restaurant Ku De Ta will be showcasing the couture garments until November 20.

Mr Choo said ‘Bringing Australia to the World’ was a fashion initiative that highlighted the rich and unique heritage of the Australian Aboriginal culture.

“By designing these two pairs of shoes in an original Aboriginal artwork, I hope to inspire other Aboriginal artists in Australia to build on their dreams and cultivate business entities, such as micro business ownerships, for themselves through indigenous tourism,” he said. 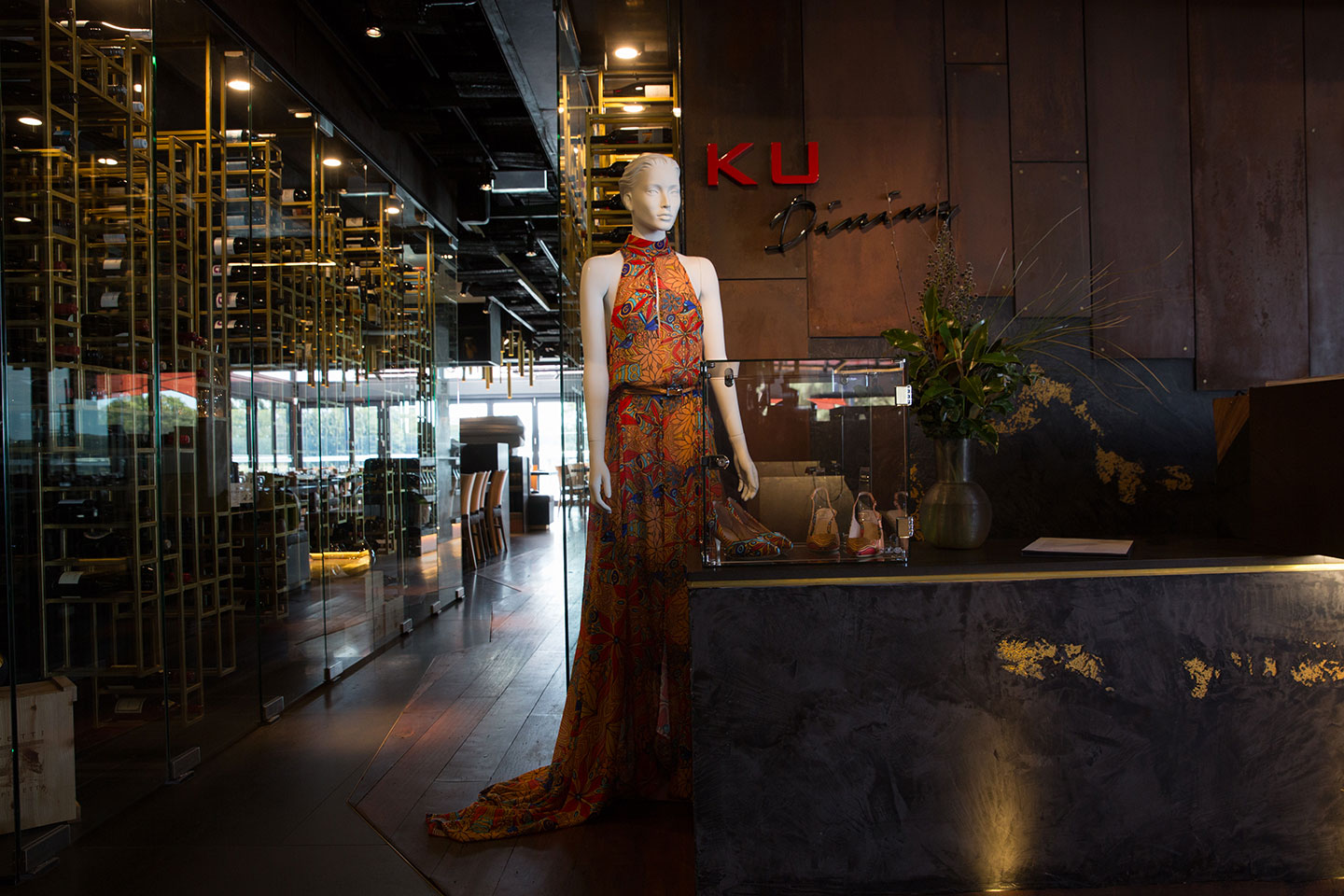 The artwork selected for the collaboration by Mr Farmer is titled The 'Blue Wren in Kambarang (Spring)’.

Mr Farmer grew up in the regional town of Gnowangerup and said spring time at the bottom of the Stirling Ranges was when wildflowers were most prevalent, but that they were available all year round.

“This design has the plants that are both foods and medicine abundant in springtime surrounding the blue wren, a totem of my family,” he said.

Mr Fernandez, designer of ae’lkemi, said he chose to create a loose gown that flowed with Mr Farmer’s print while revealing a silhouette and shape that was consistent with his brand.

He said Mr Farmer had been commissioned for the print and selling the gown as a fashion line was an idea in the pipeline.

“We’ve had a few private clients who’ve shown interest and so it would be a made-to-measure piece.”

‘Bringing Australia to the World’ toured to Sydney and Brisbane prior to Perth and will be exhibited in Malaysia and Dubai later this year.