Indian conglomerate Jindal Steel and Power has taken a significant stake in Apollo Minerals, part of a $3.6 million capital raising for the Perth-based iron ore explorer.

Apollo announced today that Jindal would contribute $1 million to a $3.6 million share placement, priced at 4 cents per share, giving it a 9.25 per cent stake in the company.

Apollo’s stock has slumped this morning on the ASX, with its shares down 18 per cent at 9:30AM WST, trading at 4.5 cents.

Apollo said it expected to announce a maiden JORC-compliant resource for the Sequoia prospect at Commonwealth Hill shortly.

“Apollo is delighted to welcome India’s Jindal Steel and Power as a substantial shareholder. India is an emerging economic superpower with significant expertise in mining and steel making and a strong desire to secure the natural resources it needs for its continued economic development,” chief operating officer Dominic Tisdell said.

“Since we gained access to the Commonwealth Hill iron project in October 2011, Apollo has added value to the project through exploration and is now adding more value by attracting an investor of the size and quality of Jindal.

“The involvement of Jindal underlines our determination in fast-tracking Commonwealth Hill towards production.” 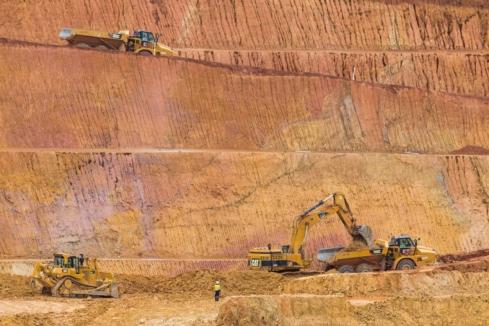