Independence down on soft March

Lower gold production has contributed to a 16 per cent reduction in March quarter revenue for Independence Group compared with the same period last year, helping drive the company’s share price down 11 per cent today. 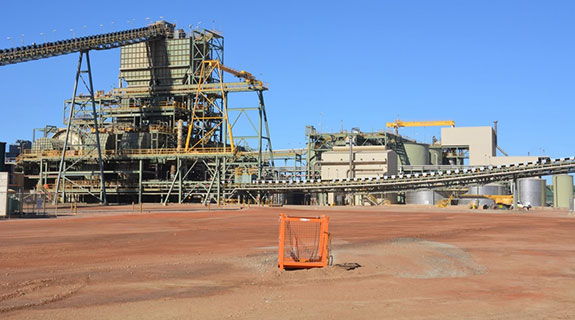 Independence owns 30 per cent of the Tropicana gold mine.

Lower gold production has contributed to a 16 per cent reduction in March quarter revenue for Independence Group compared with the same period last year, helping drive the company’s share price down 11 per cent today.

The revenue drop meant EBITDA was about half what it had been for the previous March period, at $28.7 million, while net profit after tax was $2.8 million.

Free cash flow fell at Tropicana during the March quarter compared with the December result, with the company saying that was largely due to a 23 per cent reduction in ounces sold.

It ascribed that to a planned cessation of grade streaming at the mine, which it co-owns with Anglo-Gold Ashanti.

Free cash flow increased at both the Jaguar and Long mines.

At Jaguar, that was driven by shipping more tonnes of copper and zinc.

The company said cash costs had been driven lower at its Long operation, to around $3.29 per pound.

At the Nova project, which Independence acquired when it bought Sirius Resources last year, commissioning of the first generating sets at the power station were completed on schedule.

First concentrates are expected in December 2016, with the company pinning the project at about four fifths complete.

Independence shares were down 11 per cent at $2.94 at the time of writing.

Katana Asset Management equity analyst Stephen Thomas said Independence was adopting to the maturation of the Tropicana mine and responding to low nickel prices.

"Tropicana is expected to deliver a solid 450,000 ounces of gold this financial year as the mine operators move away from the previous approach of grade streaming to milling all ore as and when it becomes available," he said.

"At Long the operations have been restructured and remain a remarkably low-cost nickel producer at the expense of a shorter mine life.

"The terrific Nova nickel-copper development remain on schedule and budget and is expected to deliver first metal concentrates out through the port of Esperance by Christmas 2016.