Gold and nickel miner Independence Group plans to make about 40 employees redundant after announcing it would cut exploration spending by $20 million in response to weak base metals prices. 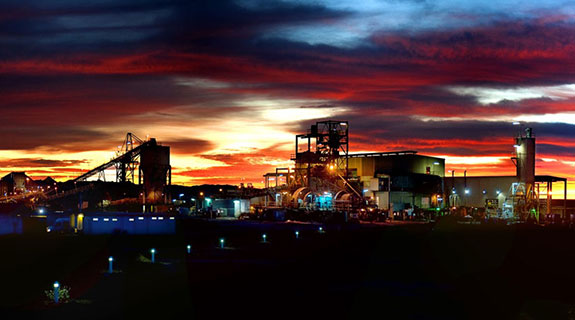 Independence is scaling back operations at its Jaguar operation, with nine jobs soon to be cut.

Gold and nickel miner Independence Group plans to make about 40 employees redundant after announcing it would cut exploration spending by $20 million in response to weak base metals prices.

The company announced today that it had suspended activities at its Long operation in the Goldfields due to the depressed nickel market, resulting in about 30 jobs being made redundant this month.

The company said it would be able to resume activities at Long once nickel prices improved.

It has also scaled back exploration at its Jaguar operation, which will put a further nine employees out of work.

“Work will be carried out on a campaign basis using our Perth-based exploration team,” Independence said in a statement.

“In-mine exploration and resource definition drilling, designed to upgrade the resource classification of Flying Spur and continue testing of depth extensions at Bentley, will remain a priority.”

Capital spending will focus on development of its Nova nickel mine, which was purchased through the acquisition of Sirius Resources last year, and its Tropicana gold mine as previously planned for the year.

Independence managing director Peter Bradford said the changes demonstrated the company’s commitment to actively managing and prioritising the allocation of capital across the business during challenging commodity markets.

“Some of the decisions have been difficult ones, given the quality within the portfolio of brownfields and greenfields opportunities, and we deeply regret the impact these changes will have on some of our people,” he said.

“Independence remains committed to discovery and we have deliberately preserved both optionality and technical capacity within the company.”

Independence said greenfields exploration expenditure would be rationalised to focus on in-ground expenditure on projects that deliver “belt-scale opportunities”, being the Fraser Range/Tropicana Belt, Lake Mackay and Bryah Basin projects.