Chris Bonwick has resigned effective immediately as the managing director of Independence Group due to ill health. 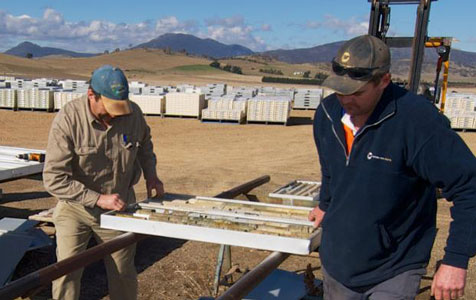 Chris Bonwick has resigned effective immediately as the managing director of Independence Group due to ill health.

Mr Bonwick had taken leave last month due to health reasons but had been expected to resume his executive role at the company.

His 13-year tenure at Independence spanned several milestones including the founding of the company, its listing on the ASX, the acquisition and restart of the Long Nickel mine, the discovery of the Tropicana Gold Project deposits and the takeover of Jabiru Metals Limited.

Independence Group chairman Peter Bilbe said Mr Bonwick had been integral to the company’s transition from a small explorer to a multi-mine producer.

“The board and staff thank Chris for his dedication, leadership, incredible exploration talent, hard work and friendship over the last 13 years as well as his great service to the mining industry here in Western Australia,” he said.

Independence said Brett Hartmann, the company’s group operations manager, would remain as acting chief executive officer and would continue to assume the duties and responsibilities of managing director as the board considers options for a permanent appointment.

Mr Bilbe would also continue to maintain an active role in the day to day management of the company.

Independence shares were put in a trading halt ahead of the announcement this morning. They last traded at $3.42.