OPINION: There are several reasons why the suggestion that governments use startups as suppliers is a really bad idea. 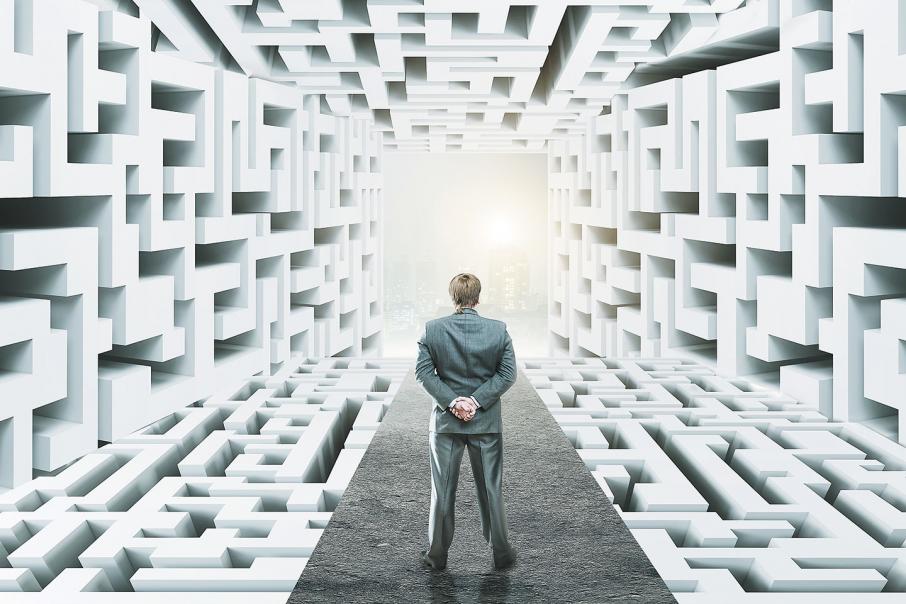 The labyrinthine nature of government departments can be an obstacle for fast-moving startups. Photo: Stockphoto

OPINION: There are several reasons why the suggestion that governments use startups as suppliers is a really bad idea.

Large, bureaucratic organisations such as those operating across all levels of government aren’t known for the rapidity of their response time or nimble functioning. Not traditionally, at least.

However, those heading even the largest bureaucracy need to ensure they remain aware of how startups and other disruptors are affecting the sectors in which they operate.

The other side of the coin is the startups themselves, and the compatibility (or otherwise) of their operating style in working with government.

So what sort of relationships can government departments expect to have with startups, and what are the barriers?

Government procurement is slow, fastidious, painstaking and, above all, risk-averse. This is a natural consequence of an organisation under constant scrutiny. If a government organisation makes a mistake and buys the wrong thing from the wrong supplier, then questions will be asked. Politicians will be called to explain themselves. Bad things will happen. The civil service hates this. Perfectly adequate bureaucrats lose their jobs over things like this, and no-one wants that.

In comparison, being slow to purchase things is not a job-losing move. It absolutely makes sense for government employees to take their time and make sure everything is correct.

For a startup attempting to sell to this market, the delays are a killer. Startups need customers who will decide fast and pay fast. Cash flow is a headache, and spending two to three years in monthly meetings with bureaucrats before a purchase order is finally agreed is not something most startups can do. Of course, once the purchase order is agreed, then the government tends to pay over the odds, and is very loyal (no-one wants to make the decision to change the contract).

Having said all of this, there are models of engagement for large businesses and startups that do work. They stay far, far away from the procurement process, however, and are low-value enough to be inside discretionary budgets.

One of the best definitions of startup is ‘a business that hasn’t found a working business model yet’. Startups experiment with their product or service, their model, their channels, their marketing and brand – everything. They attempt to find the best product-market fit. This involves constant change.

There are good reasons for this. Change-management in large organisations is a complex, expensive process. There may be many downstream processes that rely on a particular feature or property of the product or service in question. Procedures are meticulously documented and changes to a product’s user interface come at a cost, as procedure manuals are altered, document management systems updated, key personnel who need to be informed of the change identified, consulted and informed.

The worst case for the customer is that the startup ceases trading, or stops providing the product or service in question. However, almost as bad for the startup is that it is locked into a 10-year contract providing the product or service it agreed to when the rest of the market wants something else. Startups need the flexibility to pivot and change in the face of market dynamics. Large organisations need absolute predictability.

The converse is also true. Startups make really bad customers as they pivot around their solution space looking for a market. Usually strapped for cash, with small volumes of business but large integration demands, they are expensive to manage and bring in very little business – until they hit their growth phase and suddenly become huge and very profitable. But then they’ve usually disrupted a nice, stable incumbent.

Startups need to be treated carefully

The moral of the story is that large organisations need to think carefully about how they engage with startups, and vice versa. Large organisations are focused on streamlining their very-well-known business model. Startups are focused on finding a profitable business model and then capturing that market as quickly and effectively as possible. These two things are not consistent.

Not that large organisations should avoid startups altogether; they do need to keep an eye out for potential disruptors. Keeping an eye on the startups in their industry, and engaging with them to understand how they see the market, would be useful in this regard. But pushing for startups to be suppliers to government and large organisations is not such a great idea.