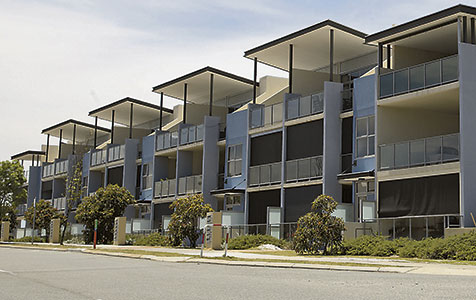 The changes are designed to boost the supply of affordable housing.

Developers are set to be offered incentives by local governments to create affordable housing options, part of a suite of changes to the state's planning guidelines adopted by the Western Australian Planning Commission today.

A key element of the changes is the mandatory development of affordable housing on state government-owned land as a government policy rather than a legislative change, while gazetted redevelopment areas will be covered by specific legislation.

The incentives, which will be voluntary, may include concessions that reduce costs or improve development outcomes, such as increased building height and dwelling density.

The move is one of three options initially flagged in an October 2013 discussion paper on housing affordability released by the WAPC.

Rejected options were a retention of the current focus on providing housing diversity without changing planning schemes, and legislation to apply mandatory affordable housing planning provisions in certain areas.

"Housing affordability is a complex area, which is why we are adopting a staged approach that encourages the use of incentives in the first instance," Mr Lumsden said.

"The WAPC will assess the effectiveness of incentives and, if it proves necessary, will in the longer term investigate further potential policy approaches to deliver affordable housing supply."

Property Council of Australia WA executive director Joe Lenzo welcomed the changes, after having actively lobbied for voluntary incentives to increase the supply of affordable housing for some time.

"Engaging with the industry through incentives is the most effective long-term strategy to deliver more affordable living outcomes and housing diversity," Mr Lenzo said.

"The incentives need to be designed intelligently so that they can increase a project's feasibility and do not impact on its commercial viability, encouraging developers to embrace this opportunity."

Mr Lenzo said the incentives should be tailored to prioritise housing diversity and supply in the city's growth corridors, near transport networks.

"Affordability is more than just the sticker price," he said.

"It is all well and good to throw up a cheap house in the middle of nowhere, but it will only cost the resident more in utility payments, access and cost of transport and proximity to employment."