In the ether and valuable: NFTs explained

Non-fungible tokens are among the hottest cryptocurrency trends, particularly for art and collectibles. 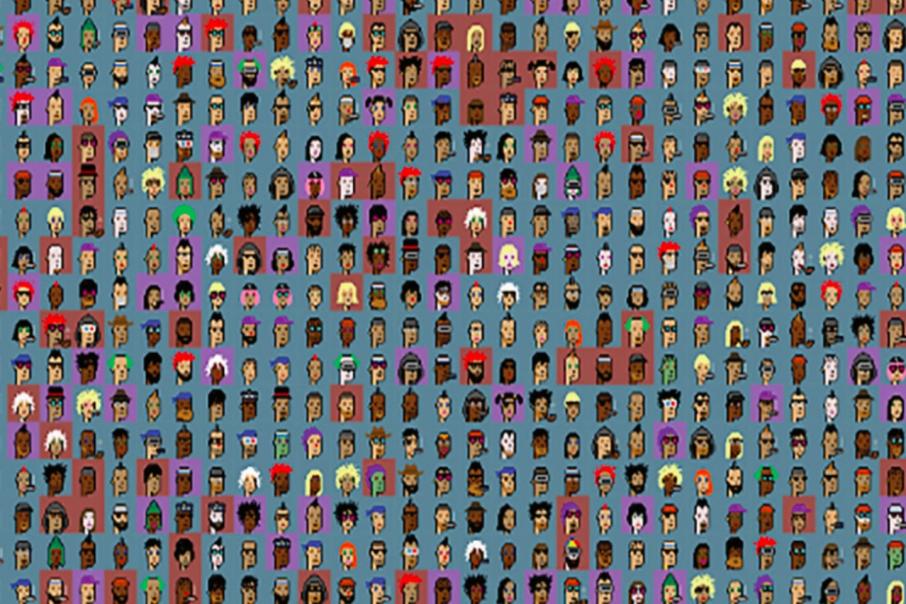 CryptoPunks are 10,000 unique pixelated characters and can trade for thousands of dollars.

Traditional finance is being decentralised and completely reimagined on the blockchain.

The hot topic right now is NFTs, or non-fungible tokens.

This is a unique asset that is ‘tokenised’ on the blockchain.

It can be a song, a gif, a financial contract or anything that can be packaged up into a digital format.

However, the most popular narrative centres around art and collectibles.

Pete Wernicke is a digital enthusiast and strategist from Perth and has been actively investing in the cryptocurrency space since 2015.

Mr Wernicke says you can compare an NFT to a one-of-a-kind tangible collectible in the real world.

“You can’t swap it one for one because of its uniqueness, and herein lies the potential value creation through rarity/scarcity,” he says.

“However, unlike the physical collectibles, owning an NFT proves undeniable ownership and authenticity, as such details are written into the record on the tamper-proof blockchain.”

What is an NFT?

CryptoPunks are 10,000 unique pixelated characters and are recognised by most people as the first non-fungible project.

They have various attributes, like headbands, VR headsets, earrings or cigars for example.

Some are zombies, aliens or monkeys. These are very elementary-looking 2D pictures.

Kings of Leon released their latest album as an NFT with three types of tokens: a special album package, live show perks and audiovisual art.

NBA TopShot is selling off highlight moments like signature moves, game-winning shots and other exciting plays as NFT clips.

It says: “Just setting up my twttr.”

Why would people buy NFTs?

There is a public ledger with a smart contract tied to that asset, so it essentially comes with an impenetrable form of copyright.

A bonus is that the creation will forever be credited to the original artist and they can even build in a secondary sale fee to receive ongoing commissions.

Let’s compare it with a physical painting like Starry Night by Vincent van Gogh.

There are countless reproductions and counterfeit copies circulating.

However, there still remains immense value in the original and it derives its worth from what someone is willing to pay for it. NFTs are much the same.

If someone finds it cool, beautiful, interesting, their own slice of emerging history, or simply a good investment they will pay money for it.

People buy NFTs because they:

• Can pass it on to future generations.

• Can use it as a store of value (much like the high-end art market).

• Get utility from it (for example in games).

Other benefits include the fact that they cannot be stolen from you (in most circumstances) and that you can ‘fractionalise’ ownership.

Mr Wernicke says that quite literally anything can be represented as an NFT.

He foresees their use extending beyond their current rudimentary application for collectible items, into the realms of property ownership and even documents like passports or immunisation records.

Why should businesses care?

Kevin Rose is a technology investor and hosts a podcast called Modern Finance.

He reports that in the fourth quarter of 2020, more institutional money went into cryptocurrency than into retail, at a rate that is outpacing consumers.

Payments company Square Inc just purchased $US170 million worth of Bitcoin in February.

Tesla also bought $US1.5 billion of Bitcoin in order to diversify and maximise its returns on cash.

There’s also talk of it being accepted as payment for Tesla products.

Mr Rose speculates that if we imagine Apple buying in and Google doing so as well, we could be talking about trillions of dollars entering the cryptocurrency market.

This could very well be one of those world-changing moments in time.

Where to learn more

Rafael Kimberley-Bowen, director at Scale Partners in WA, recently bought his first NFT and suggests checking out a platform called CollectiveShift, designed to help people to understand the world of cryptocurrency.

I also recommend jumping on a handful of websites to get a clearer picture of what it’s all about.