A private company backed by Curtin University has announced a breakthrough in the treatment of several cancers in small animals, with trials set to commence in humans and dogs. 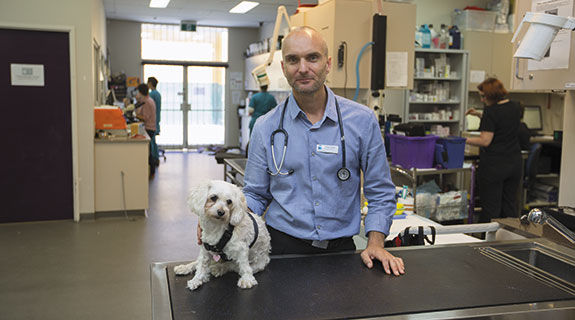 A private company backed by Curtin University has announced a breakthrough in the treatment of several cancers in small animals, with trials set to commence in humans and dogs.

In conjunction with an oncology institute in Europe, Selvax will start a trial on 20 to 30 people with head and neck tumours by the end of the year, and is in the very early stages of trialling treatment in Perth on 18 dogs with soft tissue sarcoma.

“We tested it on three cancers which are really difficult,” Mr Fitzgerald said.

“Pancreatic, which Steve Jobs with all his money couldn’t manage to get himself cured, mesothelioma, which at the moment there is no treatment for at all (if you get it you have on average 12 months to live), and lung cancer, which is also very often fatal.”

Curtin University immunologist Delia Nelson, who is leading Selvax’s research, said she had been encouraged by early results and was keeping cautiously optimistic at this stage.

“I’m a bit scared to go ‘oh wow we’re going to cure everything’. I think that the dogs will be very interesting.”

Veterinary oncologist Ken Wyatt, who is running the dog trial, said a successful outcome could lead to an influx of private investment to drive further research.

“The more science that happens, the better it will become,” Dr Wyatt said.

“I think the reason it works is because it’s so straight forward and simple,” she said.