Perth-based explorer Image Resources has entered into an agreement for the purchase of a wet concentration plant, and an offtake deal for product from its Boonanarring mineral sands project near Gingin, with a Chinese zircon company to emerge as a major shareholder. 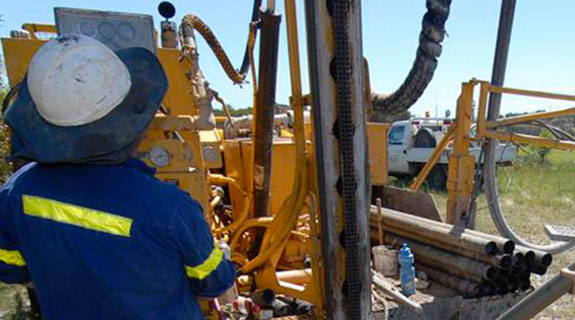 Image is developing its Boonanarring mineral sands project near Gingin.

Perth-based explorer Image Resources has entered into an agreement for the purchase of a wet concentration plant, and an offtake deal for product from its Boonanarring mineral sands project near Gingin, with a Chinese zircon company to emerge as a major shareholder.

Image has executed a binding agreement with Murray Zircon for the acquisition of a wet plant and ancillary mining and processing equipment, which Murray operated for three years at its Mindarie mineral sands project in South Australia.

Under the terms of the deal, Murray will be issued shares in Image in exchange for the plant and equipment, which will represent 42 per cent of Image’s expanded share capital post-completion.

Murray will be responsible for the cost of dismantling, loading and storing the plant, while Image will pick up the cost of transporting the asset to Boonanarring and re-assembing it.

Murray will also provide Image with a $4 million loan facility, which will be drawn down in full after the asset acquisition is completed, and has granted Image an option to buy its dry mineral separation plant, which is also located at the Mindarie project, for $12 million.

Murray’s parent company, Guangdong Orient Zirconic Ind Sci & Tech Company, has also agreed to purchase 90 per cent of zircon produced  by Image at Boonanarring and subsequent deposits, and will provide Image with a $US8 million prepayment loan facility, which Image will be able to draw down on after producing 20,000 wet tonnes of heavy mineral concentrate.

Orient specialises in the scientific research, exploration and manufacture of zirconium products.

Following completion of the deal, Murray chief executive Patrick Mutz will become Image’s managing director, while the board will be restructured to include existing Image directors Chong Veoy Soo, George Sakalidis and Peter Thomas, Murray nominees Chaodian Chen, Fei Wu and Mr Mutz, and Robert Besley who will be appointed as Image’s proposed new independent chairman.

“Execution of the final binding agreement with Murray and Orient is a significant milestone for Image,” Image chief executive Collis Thorp said.

“Once completed, these transactions provide a pathway to achieving production from our flagship Boonanarring project and we look forward to working with Murray and Orient in progressing to that point.”

Mr Mutz said the completion of the transaction will allow Image to achieve an accelerated, efficient and low cost move to production of high grade, high value mineral sand resources in the heart of WA’s proven mineral sands district.

Azure Capital advised Image on all aspects of the transaction, including the $17 million acquisition and associated financing.