Iluka Resources has announced it will seek about 150 employees and contractors to restart operations at its rutile production plant and Tutunup South mine in Capel. 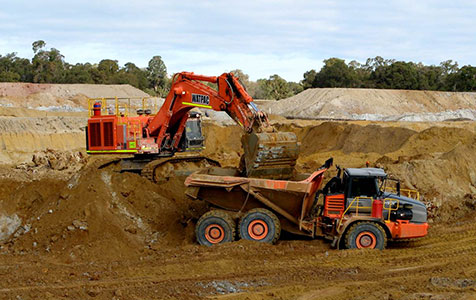 Iluka Resources has announced it will seek about 150 employees and contractors to restart operations at its rutile production plant and Tutunup South mine in Capel.

The mineral sands miner said it planned to recommence production from its synthetic rutile kiln 2, which is capable of producing about 200,000 tonnes annually.

Iluka said the kiln would be reactivated in a timely manner and with minimal capital expenditure, and had been preceded by the recommencement of mining at its Tutunup South mine to provide feedstock.

“About 80 employees and 70 contractors have been, or will be, recruited to support the Tutunup South mine restart and the SR 2 kiln reactivation,” Iluka said in a statement.

The kiln was idled in March 2013 as a result of deteriorating market demand conditions, with Iluka supplying and selling 82,000 tonnes of synthetic rutile from inventories of finished product since then.

“Iluka maintains an ability to reactivate further synthetic rutile capacity as and when market demand and commercial conditions are appropriate,” he said.

Mr Robb said planning for major projects, such as its Cataby deposit in WA and its Balranald deposit in the Murray Basin, were well advanced.

“Both have the potential to produce material total quantities of ilmenite,” he said.

“Iluka’s Eneabba deposit is also a potential source of suitable ilmenite feed, depending on market requirements.”

Earlier in the week, Iluka announced it had dipped into the red with a $62.5 million full-year loss.