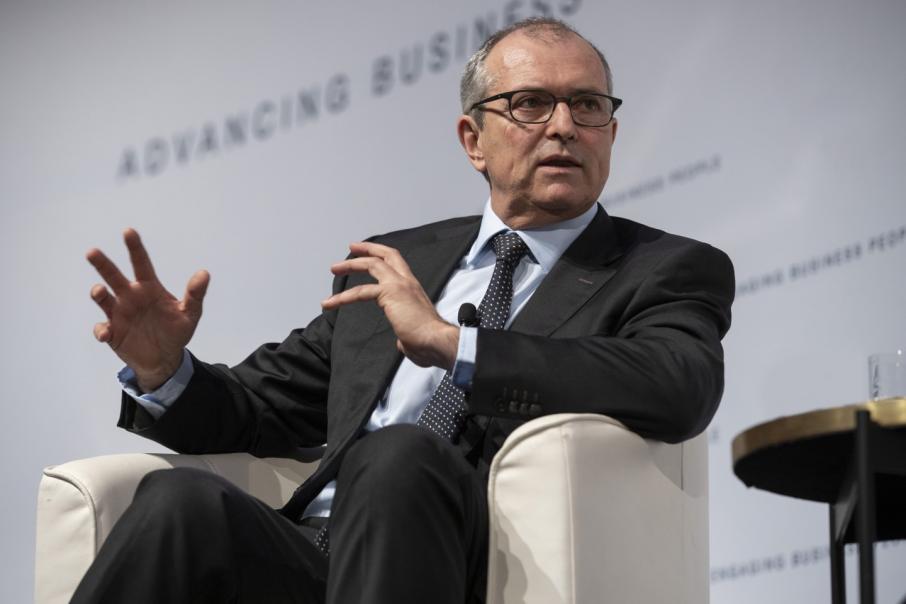 Iluka is benefiting from buoyant demand for its products, with the company today reporting strong growth in half-year earnings.

Underlying earnings from its mineral sands business was up 69 per cent to $299 million.

Iluka's mining and processing operations have returned to full capacity as it seeks to take advantage of the strong market.

Its synthetic rutile kiln two at Capel has returned to full production after being idled earlier this year to reduce stock,s and its Narngulu mineral separation plant has also returned to full capacity.

The company has also decided to invest $38 million restarting its synthetic rutile kiln one at Capel.

This kiln has been on care and maintenance since 2009.

Iluka also plans to launch a definitive feasibility study for its Balranald development in NSW, and move to larger scale piloting in relation to the Wimmera development in Victoria.

In the rare earths sector, Iluka is continuing with the $35 million development of a processing plant at Eneabba.

It will produce monazite concentrate, which can be used as a direct feed into rare earths refineries.

In addition, it is investing $20 million on a feasibility study for its phase three development at Eneabba, a fully integrated rare earths refinery.

The company said most work was scheduled for completion by the end of 2021, in advance of finalising the feasibility study in early 2022.

A key aspect of this project will be a risk sharing agreement with the Australian government.

Iluka received a letter of support earlier this year from the Australian government, which among other things canvassed the possibility of a non-recourse loan from Export Finance Australia.

“Those discussions are positive and ongoing, as is our extensive work on technical and engineering considerations, environmental studies and customer engagement,” the company said.

The government is keen to support local production of rare earths, which are used in a wide range of technology applications.

The government has already provided assistance to Lynas Rare Earths, which is investing $500 million in its facilities.

The vast majority is being invested in a new facility in Kalgoorlie, which will undertake intermediate processing of rare earths ore, with refining to occur at Lynas’s existing facility in Malaysia.

Meanwhile, Hastings Technology Metals today announced that personnel and equipment have mobilised to its Yangibana rare earths project site in the Gascoyne region.

They will start early work on selected infrastructure including access roads to its mine site, a 2,000-metre airstrip and a 300-bed accommodation village.

The works form part of a $20 million package of work for site surface infrastructure prior to commencement of plant construction and mine development.

Executive chairman Charles Lew said it was hugely exciting to get boots on the ground.

“Following the highly successful equity raising in February and underpinned by the good progress we are making to secure debt financing, Hastings has had the confidence to commence early infrastructure works at Yangibana,” he said.