Iluka Resources managing director David Robb has acquired around $2.5 million of shares in the mineral sands producer under the company’s incentive plans. 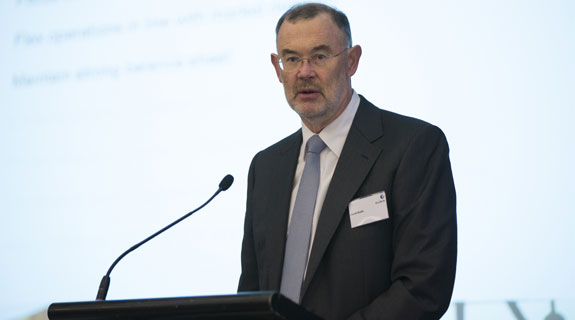 Mr Robb has served as managing director since 2006.

Iluka Resources managing director David Robb has acquired around $2.5 million of shares in the mineral sands producer under the company’s incentive plans.

The lion’s share of the purchases, 250,000, were made under the long term incentive deferred plan, while around 65,000 more were short term incentive plan restricted shares.

It comes after the company announced a $62.5 million loss for 2014, driven by an $86 million impairment hit as it planned to shut down two of its United States operations.

But days later it announced it would reopen its rutile mine and production facility in Capel, after placing it on idle due to weak demand in 2013.

Mr Robb's remuneration for leading the $3.5 billion company- by market capitalization- in the most recent financial year was $4.26 million, according to BNiQ.

The company employs around 450 people in WA.

Iluka’s one year total shareholder return to January 30 was negative 19 per cent, but for a five year period it was 19 per cent, according to BNiQ.