Ignoring the issue no answer to climate clash

OPINION: The clash between domestic politics and international climate-change law was on stark display in WA last week as the EPA weighed in with an emissions recommendation. 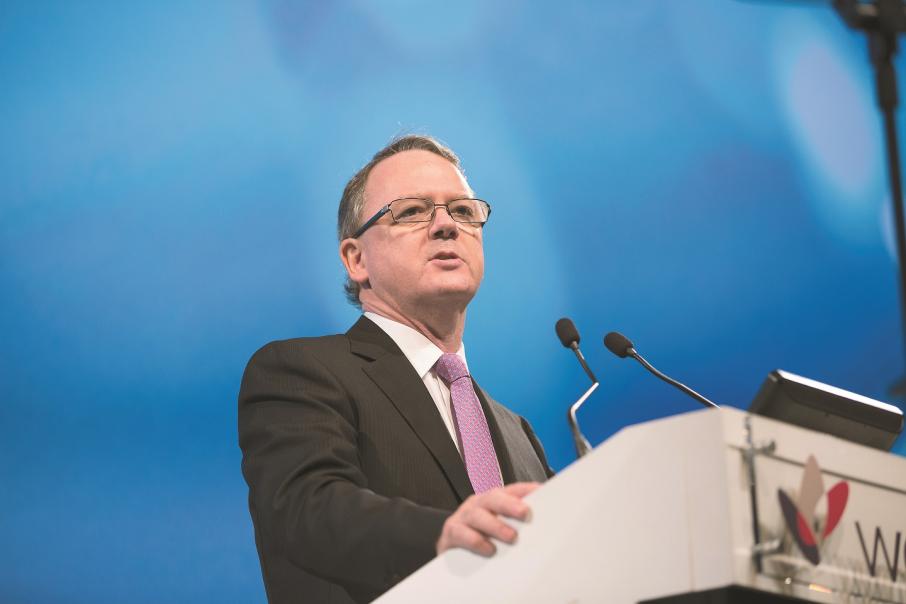 OPINION: The clash between domestic politics and international climate-change law was on stark display in WA last week as the EPA weighed in with an emissions recommendation.

The investment crisis in Western Australia’s gas sector has been a long time coming, but when it arrived last week in the form of a strict interpretation of international climate change law it started a process that will force the state government to decide whether it is for or against resources development.

It might even go deeper than that basic for-or-against question because the government must also decide who makes the law in WA – elected politicians or the civil servants they employ.

And if those questions are not sufficiently difficult, it’s also worth asking what would happen to the WA economy if international climate-change rules, as interpreted by the Environmental Protection Authority, were fully enforced.

The first significant clash between the tangled web of domestic politics and international climate-change law occurred in Queensland last year when the Adani coal project got a green light from one branch of government and a red light from another.

That clash consigned Adani into a sort of perpetual legal limbo, and whether you like coal or not it is remarkable that the Queensland government couldn’t decide what to do with its employees’ opinions, with one department telling Adani to proceed and another advising against.

Now it’s WA’s turn for a clash of ideologies that bring into question the future of the Australian economy.

Simply put, the nature of Australia’s resources export-based economy means full adoption of international climate change laws will cause investment to grind to a halt, entire industries to close and unemployment to soar.

What happened to WA’s gas industry last week was the unveiling of a recommendation from the EPA that all big new resources projects would have to immediately and fully offset their carbon dioxide emissions, which essentially means planting a lot of trees or finding some other way to cancel out the emissions.

Woodside Petroleum, which is moving towards an investment decision on a pair of liquefied natural gas projects, was flattened by the EPA advice to government.

The company’s chief executive, Peter Coleman, said the EPA had not consulted with the company on its decision, which went beyond Australia’s emissions reduction targets.

“National action on climate change is essential, but this imposition of an immediate net-zero emissions target for WA projects comes 30 years ahead of the Climate Change Authority’s recommendation to achieve that outcome in 2050,” Mr Coleman said.

“Not only will this proposal put at risk new jobs, investment and domestic gas supplies, it positions WA at a competitive disadvantage in the global LNG marketplace.”

But even as Mr Coleman was stating the obvious, and Premier Mark McGowan was saying that he would not accept the EPA’s advice, there was a series of other closely linked events.

The first was a statement by the premier last Tuesday in which he praised Chevron for starting the delivery of domestic natural gas supplies from its part-owned Wheatstone project, with local gas supplies representing an advantage WA has over the eastern states.

Then came the release of Australia’s latest international trade data, which highlighted the importance of mineral and fuel exports, especially iron ore, coal and LNG, helping lift January’s trade account to the second best on record with a net surplus of $4.5 billion.

The trade data demonstrated that Australia would be a much poorer country without raw material exports.

The EPA weighed in with its ruling on immediate carbon emission offsets about the same time the trade data was being released, followed by Woodside’s objection and Mr McGowan’s rejection.

Now comes the trickiest question of all, and it goes back to the experience of Adani, as well as underlining the difference between the way companies are managed and the way government behaves.

In Queensland, the civil servants who provided conflicting advice to the government remain in their jobs, setting up the potential for the next clash between Australian politics and international climate-change recommendations.

The politicians know they have to deliver jobs and growth to please the Queensland electorate. The civil servants advising government see themselves as having a higher duty to apply international emissions law.

WA is now in exactly the same position, with one arm of government saying the state is open for business and investment in resource projects is welcome, while a government agency says the investment can only take place if unachievable emissions offsets are made.

The darkly amusing view of this cultural clash is that while governments seem to believe they can show two faces to the world, there is no way the private sector can work with double standards.

Mr McGowan might believe he can simply ignore the EPA’s advice, but major investors being asked to commit billions of dollars to develop new projects know the EPA has prepared the groundwork for a trap similar to that which has ensnared Adani.

Unless the WA government acts on the EPA’s attempt to enforce international climate-change laws then there will be a dramatic reduction in fresh investment for the state’s resources sector – even in industries that currently seem to have nothing to do with emissions policy.

For example environmental activists are targeting the iron ore sector because it exports to China where WA ore is smelted into steel.

The argument from some sections of the environmental movement is that WA’s iron ore industry should carry some of the responsibility for the emissions from China’s steel mills.

What’s most surprising is that some people actually believe that WA can be held accountable for what happens in China.

THERE is something laughably sad about the attempt by Tourism Minister Paul Papalia to try and rewrite Perth’s place in the world because Boeing and Airbus have invented ultra-long-haul jets.

According to Mr Papalia, Perth is no longer the world’s most isolated capital city because the new generation of planes can fly non-stop halfway around the world, with the suggestion that tourists will flock here as the rest of the world discovers this remarkable development.

Mr Papalia might be right but there are big holes in his argument, starting with the fact that the jets, which can fly non-stop from Perth to London, will also soon be flying direct from Sydney and Melbourne to London.