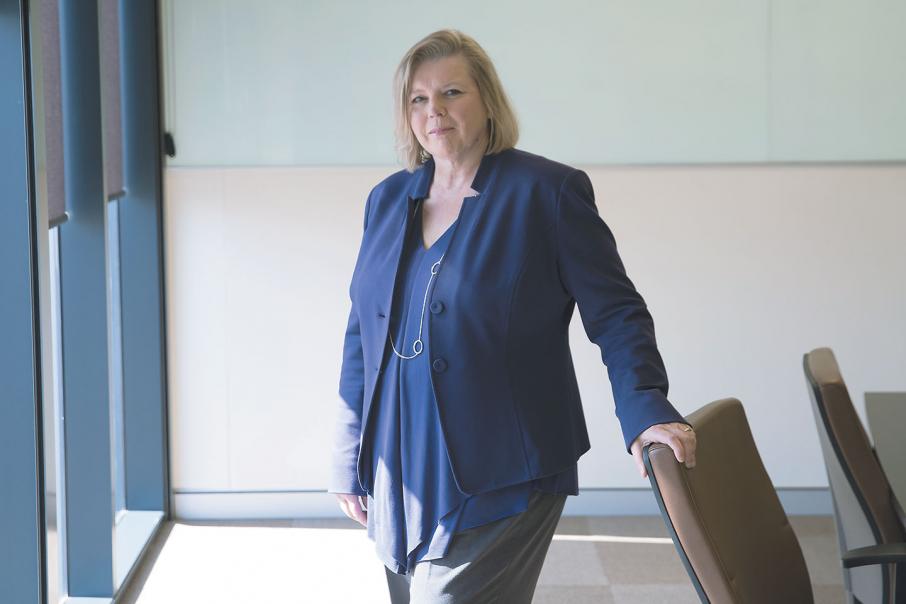 In the 1940s and 1950s, there was an annual average of two fatalities per 1,000 employees in the mining industry in Western Australia, according to data compiled by the Department of Mines and Petroleum.

If this rate had continued to the present day, that would equate to nearly 200 fatalities per annum in an industry with close to 100,000 workers.

By the 1990s, the number of fatalities was about nine people per year, in a workforce of about 30,000 people.

Over the past decade, while the total number of employees in the industry has tripled, the number of fatalities has fallen further, to an average of 2.9 per year.

While the mining industry’s safety performance has improved immensely, it is still a relatively high contributor to workplace deaths, though by no means the worst.

The sector with by far the most fatalities is agriculture, forestry and fishing, which averaged 4.3 workplace deaths per year over the past decade, and accounted for 22 per cent of the state’s total, according to government agency WorkSafe (see graphic). 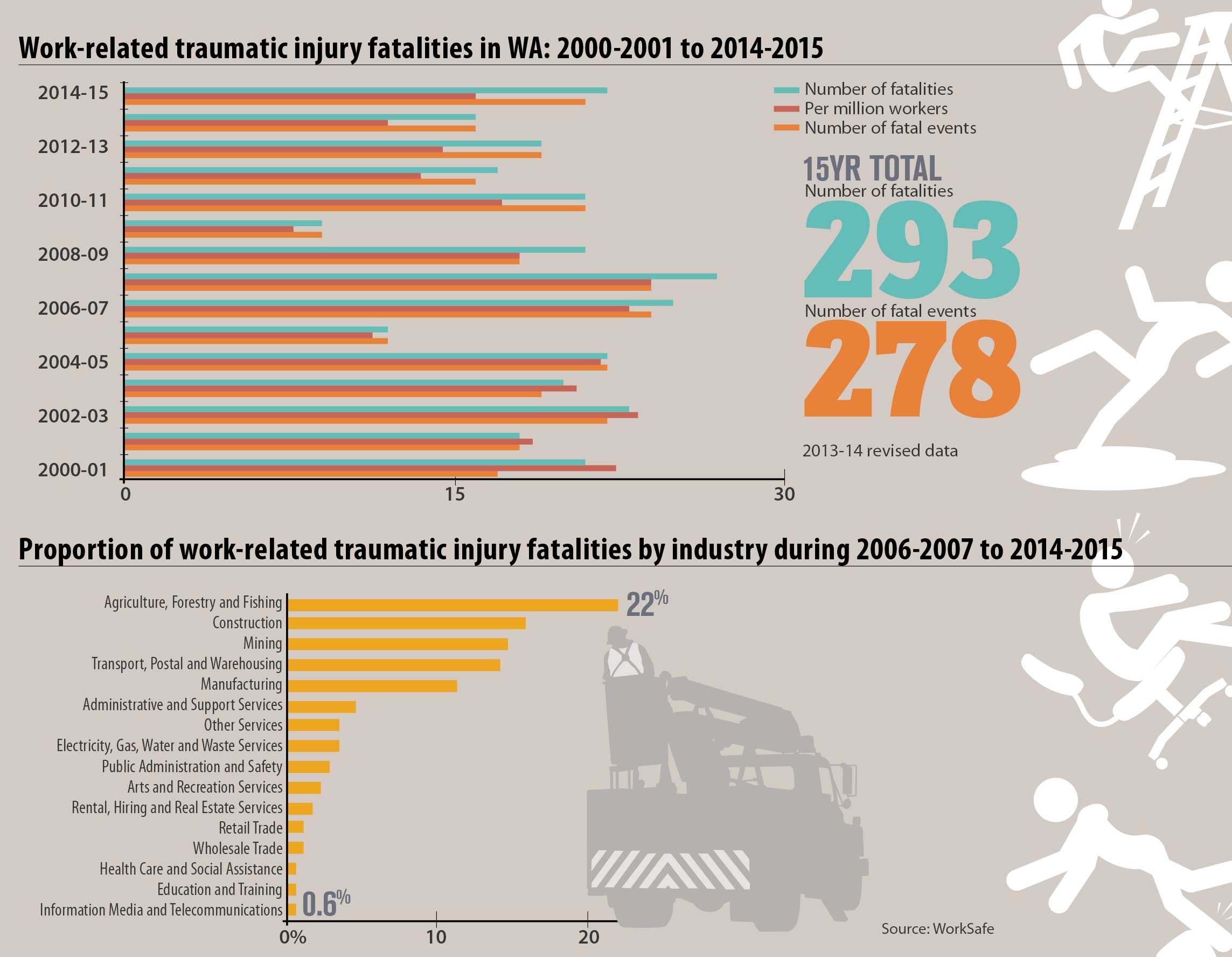 This is despite it employing only about one-third of the mining workforce.

Another big contributor is construction, which suffered 3.1 deaths per year over the past decade.

The industry breakdown in WA is similar to the national data from Safe Work Australia.

Its latest analysis, for the 2013 calendar year, shows there were 49 fatalities in agriculture, forestry and fishing – equal to 16.3 deaths per 100,000 workers.

That’s more than double the fatality rate in the transport sector, which was the second worst sector with 7.6 deaths per 100,000 workers.

University of Western Australia researchers plan to analyse up to 800 incident reports that have been lodged with the department over the past 14 years, to obtain further insights into hazards, injuries and contributing factors.

Drawing on data already available, the minister said the main hazards for mine workers were falling from height, working under a load, and being struck or crushed by heavy machinery.

WorkSafe’s latest ‘state of the work environment’ report, which analysed data over the past decade, found a slightly different pattern.

This is similar to the latest analysis by Safe Work Australia, which found machinery operators and drivers accounted for 32 per cent of all workplace fatalities in 2013.

DMP analysis of mine site fatalities over the past 13 years found fitters working on large plant (mobile and fixed) and heavy mobile equipment were the category most at risk.

Drivers of haul tucks and service vehicles also accounted for a large portion of mine site deaths.

DMP’s analysis of the historic data has found the length of experience of employees and supervisors were critical factors.

It found 31 per cent of fatalities in the mining sector occurred within the first year of employment.

More strikingly, it found 44 per cent of fatalities occurred under supervisors who had been in the role for less than one year.

“Forty-four per cent is a huge indicator of the influence of supervisor training and development on the fatality data,” the DMP report stated.

It suggested possible reasons for this outcome included technical and experienced operating staff being given supervisory positions without any supervisory training.

The DMP analysis found 62 per cent of mining sector fatalities were due to non-compliance with procedures.

A further 27 per cent had no procedures, while only 11 per cent occurred in situations where procedures had been followed.

Perth-based k2fly, which is preparing for a stock market listing, counts ‘handover notes’ among its suite of software products.

This software is used with an ipad and allows users to record information as situations occur.

It includes a web portal for information sharing and data backup, and provides an alternative to manual shift handover notes.

iHandover director Kevin Burt, who has written a white paper on workplace safety based on the DMP report, said the performance of supervisors was a major issue.

“People are often elevated into supervisory and management roles because of their technical expertise,” he said.

“However, there is a significant difference between a technical subject matter expert and someone who is supervising and managing personnel.”

One was where managers or supervisors left an organisation and took years of knowledge and experience with them.

The second was shift handovers, including fly-in, fly-out scenarios, where safety and productivity could be compromised if the information handover was not completed reliably and effectively, she said.

“Everyone describes the same scenario,” she said.

“The systems are not in place and they don’t have the technology to do it properly.”

In many cases, Ms Spring said, handover notes were prepared at the last minute and may involve little more than typing up a task list.

“There is nothing worse than having a handover and not being provided good quality information,” she said.