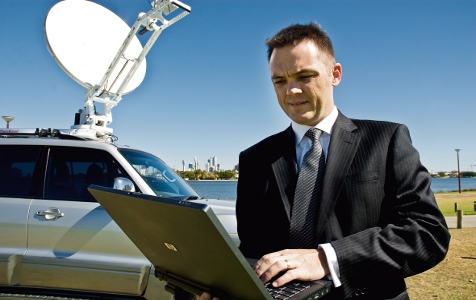 Western Australia’s mining sector has again proven its worth to related service providers with an information technology company receiving a significant award for work with BHP Billiton.

ITC Global has been named a key winner in the WA information technology and communications awards.

The company was responsible for developing the telecommunications system behind BHP Billiton’s remote operations centre controlling activity at its iron ore projects in the Pilbara.

The satellite service allows BHP to control operations from a central location, including re-configuring and re-assigning bandwidth as and when needed.

The state’s third largest IT and Communications company Ajilon has also been rewarded for projects developed in collaboration with the Western Australia Police.

The development of the Government’s Sex Offender Register was named a joint winner of the Services category, while the Immediate Disqualification Notice system received a merit award.

The sex offender register went live in August last year - listing the state’s convicted sex offenders in a bid to protect the community.

Ajilon’s development of the disqualification system allows police to check and update driver information in real-time and immediately disqualify them from driving if necessary.

Other winners include Landgate and the University of Western Australia’s development of an early-warning bushfire system using satellite images and the Australian e-Health Research Centre for system aiming to detect Alzheimer’s disease.

Individuals were also noted - Alex Jones from Synergy was named chief information officer of the year, while David Mierowsky received the achiever of the year award.

Mr Mierowsky is managing director at Fundi Software - a company developing products to analyse the performance of business systems across diverse industries.