IT consultants plug into resources demand 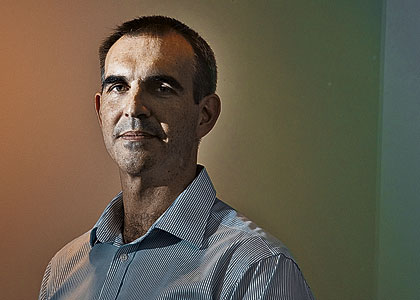 IT and communications consultants in Western Australia appear to be thriving – a trend which Perth-based company Conducive claims is in response to strong demand from the resources industry.

Updated data for WA Business News’ Book of Lists shows most of the key consultancies are experiencing positive growth in terms of employee numbers.

Conducive has been the biggest mover, with rapid expansion seeing it jump six places to become the 20th biggest consultancy (see page 18).

While its staff of around 50 is modest compared to top-ranked CSC’s 850 and fouth-placed Fujitsu Australia’s 430, its rate of increase is not; the company increased staff by more than 40 per cent from around 35 this time last year.

“In our area they’re really looking to data management and system integration. Our role is providing solutions that help them manage their information better,” Mr Dekenah said.

Mr Dekenah said system integration was a trend becoming more common in mining as the few ‘end-to-end’ systems on the market typically were not accepted and companies were reluctant to abandon previous investment in specific systems.

But business intelligence was also becoming a priority as companies needed to make sense of an overload of data in order to work more efficiently.

Consulting to resources companies makes up about 80 per cent of Conducive’s business, with the remaining 20 per cent coming from the banking and utilities sectors.

When Conducive was formed six years ago three of the directors were working on developing intelligent transport technology, hoping this would make up the bulk of their business.

But after an initial contract with Yarra Trams in Melbourne, Rio Tinto approached the company and opened the door to the mining sector.

Conducive now works with four different divisions across Rio Tinto and has relationships with Atlas Iron and BHP Billiton, most of which Mr Dekenah said came from ‘word-of-mouth’ contacts.

“If somebody moves from one place to another they will remember the work that Conducive has done and they know what we are capable of,” he said.

The key to that success has been a focus on “taking the ‘con’ out of consulting”, he said.

Conducive also recently secured contracts with Western Power and HBF and opened an office in Brisbane, its first outside WA.

Mr Dekenah said the decision to expand into Queensland followed the company’s success with iron ore miners in WA and from direct demand from existing clients who also operated in the east.

It’s a rate of demand which Mr Dekenah expects to continue. He said the company should grow comfortably by another 10 to 15 people in WA over the next year, alongside building a team of up to five members in Brisbane.

The Book of Lists shows big players Kinetic IT (694 staff) and Ajilon (530), which hold the second and third-highest ranking, have also experienced growth in staff numbers. CSC Australia has held steady in the top spot.

Meanwhile, Amcom has moved up the rankings to seven from 10 after the acquisition of L7 Solutions in November last year more than doubled its total number of employees. It now employs 340 staff, of which 180 are IT and technical professionals.