A Perth start-up has captured the attention of global technology firm IBM, with indications an acquisition could be on the table.

A Perth start-up has captured the attention of global technology firm IBM Australia, with indications an acquisition could be on the table.

EcoCentric Energy has been nominated as one of only three Australian start-ups in the Asia Pacific IBM SmartCamp event, which is the first round of the IBM Global Entrepreneur of the Year competition.

EcoCentric was founded by Paul Lyons in 2010 after he developed technology to automatically capture energy consumption and inefficiency data in commercial and industrial environments.

He has since been collaborating with the CSIRO on technology to analyse the data and supply it to customers in a simple format.

Mr Lyons told Business News EcoCentric was encouraged to apply for the IBM event by Commercialisation Australia, which had approved a $250,000 grant for its product development.

He said the Global Entrepreneur program and events leading up to it were effectively IBM’s way of scouting for technology it may wish to acquire.

“Realistically they want to infuse new technologies into the IBM products and services,” Mr Lyons said.

He said IBM had not yet made an offer for EcoCentric’s technology, but he was expecting at least the possibility of a partnership and would welcome an acquisition offer.

“The point is that we require a cloud platform to deploy our technology,” Mr Lyons said.

“We were already looking in other areas, so this kind of came left of field.”

He said IBM had acquired a cloud platform when it bought Dallas-based SoftLayer Technologies for an estimated $US2 billion in June last year.

“They’re obviously looking to deploy and integrate new technologies into that to be able to use and demonstrate its capabilities,” Mr Lyons said.

EcoCentric is one of four nominees going for the Australia/New Zealand SmartCamp winner title, which is being announced at an event in Sydney on Wednesday.

That start-up will then progress on to the regional round in China in November. The winner of that event will then be in the running for the Global Entrepreneur of the Year title.

Mr Lyons said EcoCentric had businesses lined up to deploy its technology – called NRGi – on a trial basis once it was finalised and ready for use, which he expected to be early next year. 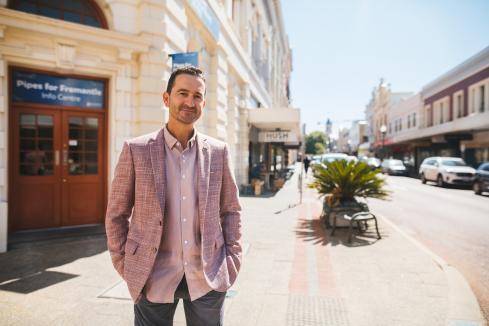 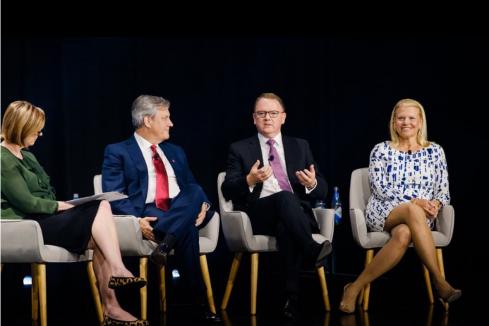