Hutchinson building business in the west 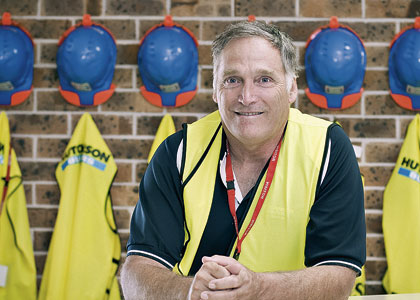 A MODULAR construction facility being set up by Hutchinson Builders in Northam is set to establish the Queensland company as a high-capacity producer of transportable buildings in Western Australia.

The century-old Hutchinson, which reported that 15 per cent of its $1 billion revenue in 2011 came from projects associated with the resources sector, plans to have the factory functioning by April.

Hutchinson is targeting the expansive Pilbara mining and energy industry and has already locked in a contract to provide Rio Tinto with a 150-room accommodation site in the region.

Hutchinson state manager Ian Jackson said that, at full capacity, the Northam facility at the Avon Industrial Park would employ 300 staff, produce up to 75 basic modules each week, and be three times the size of the company’s flagship site at Yatala in Queensland.

“About four years ago on the east coast it was identified that the original construction business opportunities would diminish following the global financial crisis,” Mr Jackson said.

“So they opened two modular facilities and started to participate in the Bowen Basin over there, and it seemed logical for them to come to the Pilbara, although that has been probably more long-winded than was expected.”

Mr Jackson, a Western Australian who joined the company 12 months ago, said Hutchinson originally viewed its move into WA as a prospecting business, with a scope of making inroads into the state’s mining industry.

A smaller modular facility was initially established at Landsdale in July last year, but it is the construction at Northam that has confirmed Hutchinson’s presence in the state.

“The facility in Northam will have a significant capacity, it is targeted directly at the major mining houses and we have two product lines in the mix, a budget and an upmarket level,” Mr Jackson said.

The massive expansion being undertaken in the Pilbara by iron ore miners and energy companies in recent years has provided a spike in the demand for modules.

Asian manufacturers, industry stalwarts such as McGrath Homes and TR Homes, and a selection of new businesses have emerged as suppliers during this time.

Despite this, Mr Jackson was confident Hutchinson would find its place in WA due to what he said was the unique service the company could provide.

“This is not a normal modular business,” he said. “The average modular business sells products at the gate. We deliver and install the product right through to the civil work.

“The product also goes into motels. We have built seven-storey-high modules; we will build a five-storey product in Port Hedland.

“The biggest change in the modular industry is it moving vertical, instead of them being laid at a typical camp of 60 acres or more they will start to go vertically.”

Finding the right people to fill a 300-strong workforce was a key risk identified by Hutchinson prior to committing to the project.

Hutchinson, which has hired former TR Homes employee Simon Joiner as facility manager in Northam, has started its search for staff primarily in the areas of carpentry, welding, gyprocking, painting, tiling, electrical and plumbing.

The company plans to give preference to potential workers already living in the Avon area or to those willing to relocate to the area.

“Looking at a business of this size the biggest risk is ‘can we fill the shed?’” Mr Jackson said.

“In September last year there was an employment roadshow in Northam and we received over 200 expressions of interest.

“In that mix there were already more than 50 carpenters. That gave me the confidence that if we combine that with some sub-contractors and our training program then there should be no risk finding the labour.”