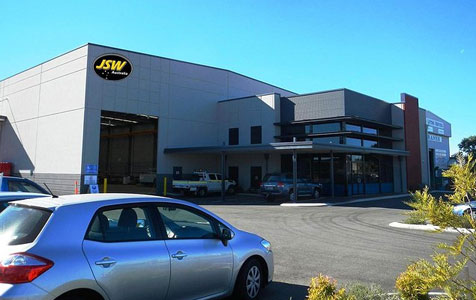 Three years after completing a management buy-out, JSW Australia directors Jeff Branson and John Silverthorne have struck an agreement to sell their debt-laden drilling business; but they won’t be getting any cash from the deal.

Brisbane-based Hughes Drilling will issue $7 million worth of shares to the JSW shareholders and retain $17.4 million of existing debt, to make up the total acquisition price of $24.4 million.

JSW Australia was established in 2010 through a management buy-out from Ausdrill, which had acquired the business as part of its purchase of Brandrill a few months earlier.

The current JSW shareholders paid $15.2 million in cash for the drilling contractor, which at the time had no debt.

That means their equity has effectively halved in value in the space of three years.

JSW was originally known as Strange Drilling, after being established by Kalgoorlie business owner Warren Strange.

The business has more than doubled in size since then, but its earnings have not risen commensurately, judging by the prices at which it has been sold.

JSW currently has 24 specialist drill rigs and 140 employees (with 20 employees subcontracted) and last financial year had annual turnover of $30.6 million.

It has facilities in Kalgoorlie, Boddington and Port Hedland, and recently opened a warehouse and service centre at Bibra Lake.

Mr Branson will retain a 4 per cent stake in JSW, through his current holding of non-voting shares.

Hughes has traditionally focused on production drilling for the coal mining industry on the east coast while JSW has focused on the iron ore and gold sectors in WA.

Hughes managing director Andrew Drake said the two companies had identified a number of synergies likely to flow from the combination.

“We will be looking at opportunities in iron ore in the Pilbara and hard rock around Kalgoorlie.”

Mr Drake said Hughes’ focus on production drilling meant it was not affected by the slowdown in exploration activity.

The acquisition is subject to due diligence and approval from Hughes’ banker, Westpac.