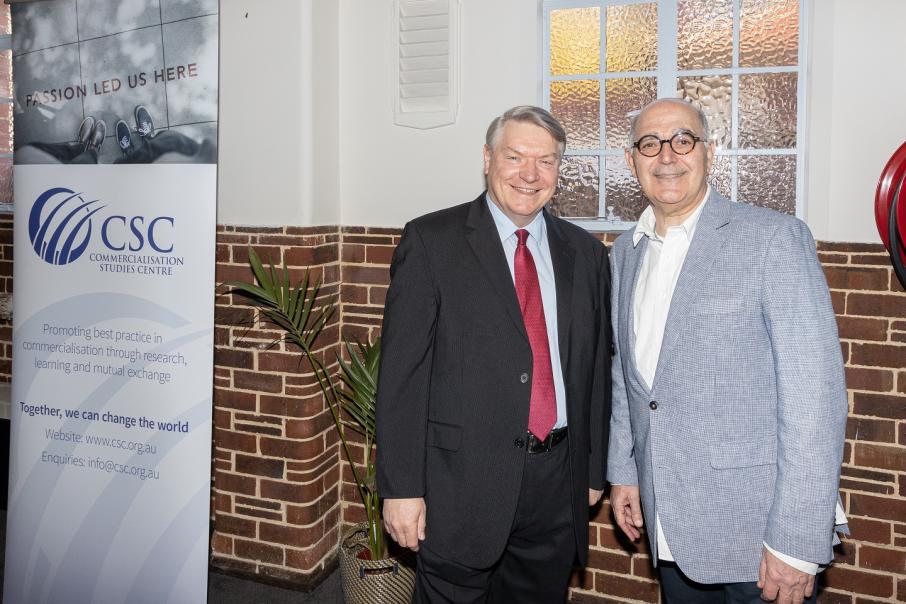 Academia and industry get the chance to work together more closely in WA’s new, member-driven resource centre for commercialisation.

Officially launched in November, the centre offers courses to its members, as well as panel discussions and courses to share knowledge between academia, industry and entrepreneurs.

Having been in development for 16-months, the CSC stemmed from Professor Mazzarol’s role teaching commercialisation to UWA’s science students, as well as his work as director of Curtin University’s small business unit in the 1990s.

It was because of those experiences that Professor Mazzarol saw a growing need to communicate the value of commercialisation to academia, as well as bring greater attention to research coming out of universities.

Professor Antoine Musu, one of several founding directors of the CSC, told Business News: “Part of this exercise is (that) there’s a lot of research happening that is still very quiet.

“The end result of this commercialisation is networks … how do we develop networks?

“That’s how the commercialisation studies centre has evolved.”

The idea of a centre that can provide a knowledge exchange for investors and researchers was behind the concept of the CSC.

While it will serve to benefit members in WA through a series of courses and panel discussions to be held throughout next year, Professor Musu said the founding directors envisaged the centre as assisting Australian entrepreneurs in understanding the processes behind bringing research to market.

Professor Mazzarol, who spoke at the CSC’s launch, outlined the case for the centre by citing Australia’s 22nd place on the Global Innovation Index, a position that places the country below the likes of Iceland and Luxembourg on the measure.

Though there were many reasons for this, including comparatively lower funding for research and development in Australia, he said collaboration between industry and universities was also in need of attention.

“We’re seen by the OECD and the GII as an inefficient innovator,” Professor Mazzarol said.

“A lot of money is going in, and not a lot of innovation is coming out.

“We have a problem not of inventiveness; I’m never but amazed at the inventiveness of Australians and the number of companies and things to commercialise.

“What we’re poor at is bringing to market.”

In Professor Mazzarol’s view, the need for a resource centre like the CSC came from the necessity for a mediator to build understanding between industry and academia.

While he did not directly criticise researchers for this need, he said academic literature had often failed to understand commercialisation, with researchers unaware of the array of options available to them.

To illustrate that point, Tiller Rides’ co-founder Julian Ilich and FBR’s executive director Mark Pivac were both on hand at the launch to discuss their experiences with capital raises.

Mr Ilich's Tiller Rides raised $1 million in its most recent capital raise, in which he sought equity crowdfunding from 266 small investors.

Alternatively, Mr Pivac described spending years seeking multiple rounds of funding for FBR, before listing on the ASX in 2015 via a reverse takeover.

That was reflected in a popular obsession with rapid growth startups, he said, which he believed do not best represent the extensive work that goes into commercialising a concept.

As an example, he cited Uber, which, despite becoming a household name and a success with consumers internationally, had failed to turn a profit since its founding in 2009.

“There’s been an obsession or focus on what I would call high impact, atypical outliers,” he said.

“These are the sexy, exciting, but very atypical firms.

“Unless they’ve reinvented the laws of financial physics, I don’t know (if) they can build, sustain and grow a business without profit.”