However the cloth is cut it’s China, ore, bust

With resources royalties high and the economy booming, WA’s business and political leaders have an opportunity to learn from past mistakes. 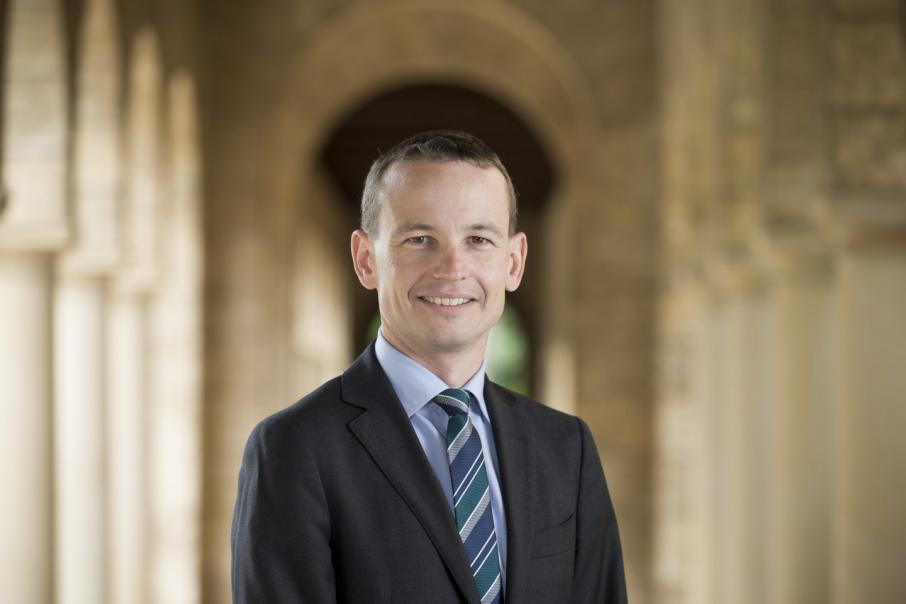 Western Australians have long considered themselves cut from a different cloth to those in other states, and little happened during a tumultuous 2020 to change that view, particularly in economic terms.

Spared the worst of the pandemic by its isolation and strict border closures, WA also has managed to ride out the year with far less of the economic pain experienced elsewhere in Australia.

Consider that, amid a pandemic that has drained the cash reserves of Australia’s federal government and most of its states and territories, WA has shored up a surplus of more than $3 billion on the back of surging royalty income from iron ore exports.

It’s a stark turnaround for the state government, given Treasury officials at the start of the financial year had pegged expectations at a far more pessimistic, but nevertheless healthy, $1 billion.

Private investors have also felt the benefits, with Fortescue Metals Group, Rio Tinto and BHP all recording their highest share prices in a decade on the back of a sector-wide boom.

Consider, too, that what’s happening right now is nothing new for WA.

Successive state governments have largely propped up their budgets with the spoils of the mining industry, supporting an array of public sector activity and the state’s wider services economy.

As recently as 2013, Colin Barnett cruised to re-election in part on the back of this dynamic.

At the time, a frenzy of demand for the state’s resources from China in the aftermath of the GFC pushed the average price of iron ore to more than $130 per tonne, helping bolster the state government’s finances when royalty income rose to $5.8 billion.

Then, as now, the global undercurrents that kept WA’s economy afloat seem too obvious to miss.

“We have this combination of strong demand for iron ore, and we’ve had supply constraints.

“Brazilian supply has been a lot lower than the market had anticipated at this point; there’s been a few factors there, from the [Brumadinho dam disaster in January 2019] to operational issues and weather.

“There have been some countries that have tried to fill that gap … but it wasn’t enough.

“It’s simply been a supply-and-demand equation that has lifted the price to where it is.”

How that equation came about is the result of more than a little good luck.

A glance at mines under construction in WA bears this out.

By the end of this year, BHP and Rio Tinto are expected to have four additional mines operational that will contribute at least a further 110 million tonnes per annum to the state’s overall supply.

Rio Tinto’s Gudai-Darri project and Fortescue Metal Group’s Iron Bridge project could add an additional 90mtpa by the end of 2022, with the latter providing millions of tonnes of high-grade ore for up to 20 years.

Ms Christie cautions that, while prices will inevitably decline over the next two years, there remains a significant buffer given the price has hovered at about $160/t for the better part of this year and has not dipped below $100/t since July.

“What’s happening as well is that, over the past six months, China’s demand has increased,” Ms Christie said.

“We’re seeing demand pick up not just in China … looking at supply models, we can’t see huge amounts of supply just coming onto the market.

“You can’t do that; it takes time to expand and open new mines.

“So long as supply is tight and demand is there, it’ll support prices.”

Supply won’t always be tight, though, and a look back to 2017 when WA’s economy was generally thought of as one of the most beleaguered in the nation (largely due to the rapidly declining price of iron) should prove instructive.

At that time, growth in Gross State Product began to slow every year from the start of the decade onwards, before contracting by about 1 per cent in 2016.

Unemployment was stubbornly stuck above 6 per cent, while iron ore royalties, a major source of operating revenue, had declined to $3.6 billion by 2017.

All the while, commodity prices were declining at a faster rate than the value of the Australian dollar, effectively bringing less money into the state for the same output.

Mr Barnett, whose 2013 election amounted to a coronation amid a flurry of economic activity, saw his fortunes reverse sharply by late 2016, with the economic slide beginning to weigh on voters.

Most are now familiar with this boom-bust cycle, which causes WA to alternate between being one of the poorest states in the country to one of its best performing every few years.

In the most recent boom, the collapse of iron ore prices from an average of about $160/t in 2011 to just under $60/t in 2015 led to mounting unemployment and anaemic growth, given WA’s reliance on the industry.

Premier Mark McGowan, having based his 2017 campaign on job creation and debt reduction, appears aware of what’s at stake.

Throughout his re-election campaign he has variously pledged a slew of efforts to diversify the state’s economy, including plans for a manufacturing hub in Henderson, a film studio in Fremantle, and millions of dollars in STEM education programs.

One of the most cited threats in this regard is the swath of untapped iron ore reserves throughout Africa, with Guinea’s Simandou mine particularly feted in some corners as having the capacity to destroy WA’s mining industry.

Located in the country’s mountainous southwestern region, the prospective iron ore mine has been the subject of long-running legal stoushes between Rio Tinto, French-Israeli business magnate Beny Steinmetz, Brazil-based Vale, and the Guinean government.

It’s not hard to see why everyone wants a stake in it; widely expected to produce 95mt of high-grade iron ore per annum once operational, the mine could supply nearly double what WA’s largest iron ore mine, Roy Hill, can produce in a year.

That’s without discussing its proximity to the Atlantic Ocean, which would theoretically keep transport costs minimal and therefore pose a commercial threat to WA’s industry.

Given China’s willingness over the past 12 months to throw its political weight behind punitive economic measures against Australia, the threat of WA’s biggest buyer of iron ore seeking new sources to fuel its construction boom seems possible.

There are caveats, however, not least of all the fact that Simandou has been the bogeyman of WA’s iron ore industry for the better part of a decade.

The mine’s production has been delayed due to a confluence of factors, including legal stoushes between Guinea’s president, Alpha Conde, and Mr Steinmetz over ownership of the mine.

The consortium that now owns the mine, comprising Rio Tinto, China-based Chalco, and the Guinean government, as a result only received an approval to develop $12 billion worth of rail-and-port infrastructure in November.

Now, the earliest date of production would not be until 2025, which would equate to a more than 10-year delay for production.

In that time, BHP’s South Flank will have been online for four years and added 320mtpa of medium-grade ore to the market.

Add to these the logistic and commercial difficulties that will saddle the freighting of materials from Africa to China, and the threat to WA appears less clear.

It’s also worth bearing in mind that, despite China’s willingness to slap tariffs on industries as disparate as wine, wool and barley, more than 80 per cent of the iron ore WA produces still goes to buyers in that country as of 2019.

Shipping materials from Brazil to mainland China is cost prohibitive, and what China can produce locally is simply not of the quality required by the country’s construction industry.

“From a WA point of view, the macroeconomic impact [of tariffs] has been pretty insignificant,” Jeffrey Wilson, research director at the Perth USAsia Centre, said.

“The reason is that the mainstay of the state’s trade relationship is natural resources, particularly the almost $100 billion iron ore trade, plus natural gas and mineral resources, all of which were not subject to sanctions basically for the reason there weren’t alternate sources of supply.”

Diversifying the market remains a priority for WA, given the hundreds of millions of people who live in burgeoning economies in nearby Malaysia, Indonesia and Vietnam.

At present, the state’s supply of iron ore just about equates to the same amount exported by China, Brazil and India, with few other countries able to supply so much iron ore to the market at a high enough grade and low enough cost.

While Africa and Brazil are likely to loom as commercial threats in the coming decade, in the near future it’s hard to see the economic relationship between WA and its neighbour to the north faltering.

“China’s system has many state-owned enterprises in the steel, metals, construction and manufacturing sectors that are key to its economy,” Professor Wilson said.

“They’re state-owned … and they’re under a lot of economic pressure because of the pandemic, [because] there’s also a lot of bad debt and non-performing loans in the system.

“They’re having to stimulate like hell to keep their economy above board through all of this.

“Could they do it [sanction iron ore exports]? Yes.

“Would they inflect that sort of pain on themselves? Probably not.”