SPECIAL REPORT: Home builder Julian Walter and company director Tony Howarth have spoken to Business News about how they are working together on the transition to the next generation at JWH Group. 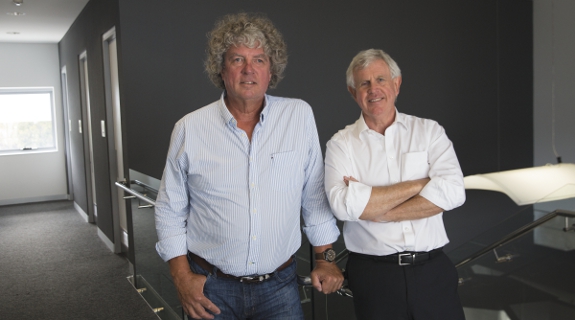 Home builder Julian Walter and company director Tony Howarth have spoken to Business News about how they are working together on the transition to the next generation at JWH Group. 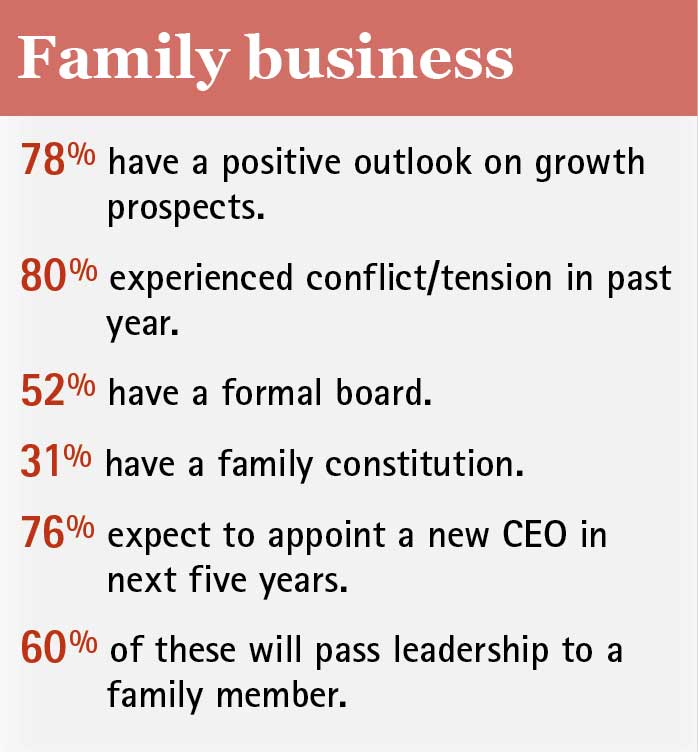 It was about six years ago that Julian Walter decided he needed to bring in an outsider to help with big changes at his rapidly growing private company.

JWH Group had grown to be Western Australia’s third-largest home builder, with 600 staff and more than 1,000 sub-contractors.

It was also a time when his two children – Jay Walter and Alicia Kelly – were getting involved in the family business.

He turned to old friend and prominent company director Tony Howarth, and asked him to chair what he loosely calls the ‘family council’.

“The intention was to have a structure that operated like a board,” Mr Walter said.

He believes Mr Howarth, whose current roles include being chairman of MMA Offshore and St John of God Health Care, and a director of Wesfarmers, is perfectly suited to the role.

“I’ve known him for years; he knows the kids, he knows Cheryl, my wife, he’s got a fantastic track record as a director and he’ll tell me if I’m wrong,” Mr Walter told Business News.

“The critical thing is, they jokingly call Tony ‘the mediator’, a person who would be both commercial and understand our family and how it interacts.”

Mr Howarth accepted the role, on the proviso that he wasn’t officially appointed as a director.

“I advised very strongly against having someone on his board,” Mr Howarth said.

“You can take all the advice you want, but at the end of the day, it’s the family’s business and the family needs to make the decisions.

“I was very happy to play a role both in the business but also areas where the business impacts on the family and the transition to the children.

“There are areas I don’t go, because that’s family, unless I’m specifically invited.”

The governance structure at JWH reflects the personalities involved and the history of the group.

In particular, JWH was established in 2003 after Mr Walter and former partner Len Buckeridge dissolved their successful J-Corp business in acrimonious circumstances.

“I’ve always been a sole director except going back to the Buckeridge days, when there was Len and myself and I had the casting vote,” Mr Walter said.

“That’s where the flare-up happened.

“When we started up again, I didn’t want Cheryl on the board or responsible as a director, and the same with the kids.

“If someone’s going to get hit in the neck, it might as well be me.”

“She’s (Ms Millard) been with the group 13 years, and she also knows what’s going on with the family businesses, the farms and other bits and pieces,” Mr Walter said.

Mr Walter emphasises that his children chose to enter the family business.

“I didn’t push the kids into the business, it was their decision,” he said.

Both children started their working lives outside JWH, with Jay initially working in a marketing role at Midland Brick and Alicia working for KPMG in audit.

Alicia joined the group in 2009 and took on her current role as corporate services manager in 2013.

“To address the obvious question, would I employ them? Yes I would have.

“There was a process where they went through parts of the organisation and they had to earn the next stage.

“They had to earn their power.

“They gradually came up through the ranks with the intention they would kick me out the door, and let me go farming or whatever else I wanted to do.”

However, Mr Walter said the timeline for handing over to his children remained a little loose.

“There was a five-year plan originally, and the kids came back and said, ‘maybe hang around a bit longer, but just step back a bit more, go to the farms a bit more’,” he said.

“Like all families there are disagreements; hopefully I can encourage them to find mutual positions that are helpful,” Mr Howarth said.

The role also includes what he calls ‘expectation setting’.

“But always they have the interests of the family at the centre.”

Mr Walter said all members of his family were strong-willed, but Mr Howarth helped them find a common path.

He recalls a memorable occasion where his son had a completely different opinion and was frustrated by his father’s unilateral decision making.

“It was quite tense,” Mr Walter said.

“Tony just looked at him and said, ‘You’ve got to understand, he’s been doing this off his own bat for 40 years, if you don’t get ahead of him, he’ll keep on doing it’.

“It was a very succinct observation.

“It defused the situation, but unbeknown to me, the kids went off and chatted and decided they needed an action plan to keep up to dad’s speed.

“As a single entrepreneur who has built a business, it’s hard to hand it over, but at the same time I’m committed to the kids coming through.”

Mr Walter said the transition to the next generation could also be challenging for long-serving staff, including people with very different personality types.

“That’s how my business has always grown, that’s what made its fabric,” he said.

“That gives Julian and the kids an opportunity to sit back and listen,” he said.

Mr Howarth said that, as an outsider without day-to-day knowledge of the business, he could ask questions that others may not.

In addition, he attends meetings held every few months with all senior management.

“Tony’s come along to a couple of those,” Mr Walter said.

“He has a different perspective because we’re operational; he’s quite independent.”

Mr Howarth said the children were looking ahead to the third generation.

“There is a whole level of change after you get into the third and fourth generation,” he said.

“That creates another level of complexity; they’re on that journey and they are looking ahead.”

Their plans include a more formal family council, and a family constitution that will encompass the treatment of family assets, and the role of their spouses and children.

The latest family business survey by KPMG and Family Business Australia found that 52 per cent of family businesses (mostly larger ones) have a formal board, and 31 per cent have a family constitution.

KPMG’s partner in charge, private enterprise, Agnes Vacca, said family businesses that endured across generations typically had an effective board.

Ms Vacca, 2012 40under40 winner, said a board need not dilute the family elements that contributed to the success of the business.

“In our view a board equates to professionalism, not corporatisation,” she said. “A family business and a professional business are not mutually exclusive.”

Ms Vacca said many families struggled to recognise the value independent, non-family directors could bring to the board.

“One family we recently assisted had an all-family board of 10 directors; however the board was dominated by the founder and the other family members were passive participants who did not have relevant skills, experience, and confidence to question or challenge the founder,” she said.

Ms Vacca said there was value in setting up a separate family council, which acted like a board for the family.

It was also a forum to address family issues so they did not become ‘muddled’ with business issues, she said.

“We observed with one family that their board meeting agenda included a decision on how to celebrate the grandparents’ wedding anniversary, and the next agenda item was for a decision on major capital investment,” Ms Vacca said.

The leadership transition under way at JWH is being played out in different ways at numerous other family businesses in WA.

The family business survey found that 76 per cent of firms expect to appoint a new chief executive in the next five years, while 72 per cent expect to have some transfer of ownership in that time.

In both cases, about one third expect the changeover will be to a non-family member.

There have been some notable WA firms to pass leadership roles to non-family members this year.

The Macgregor family has brought in an outsider to run its baking firm, Mrs Mac’s.

That followed a three-year transition period, when third-generation siblings Robert and Kate Macgregor and their mother, Pennie, led the business after the death of long-serving managing director Iain Macgregor.

Family owned Thermomix has also brought in an outsider to support its rapid growth.

“What defines my career has been working with Western Australian families that have developed great businesses, and helping them with both the business and ‘family office’ type matters,” Mr Vernon told Business News.

“That’s the pattern through Snap, Minderoo and now here.”

Mr Vernon worked for family owned Snap Franchising for more than 10 years up to 2011, when the business shifted its head office to Sydney.

He recently spent two years with Minderoo, helping Andrew and Nicola Forrest bring together their philanthropic and commercial interests under one name. 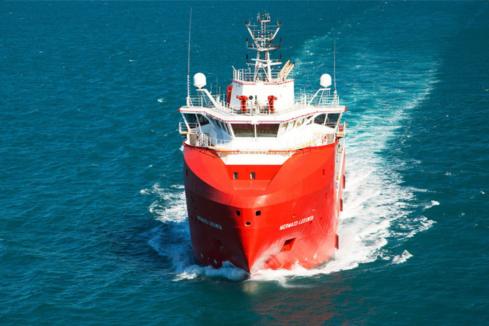