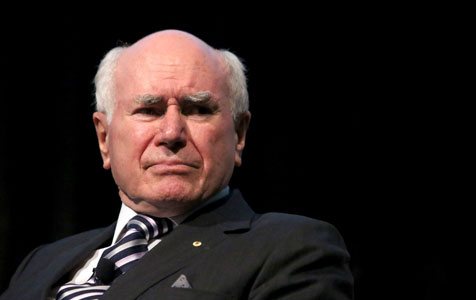 Former prime minister John Howard has defended his government’s introduction of the baby bonus, saying the tax system should recognise the costs associated with raising children.

In a wide-ranging speech, Mr Howard told the near-1,000 guests in attendance at a business function in Perth this morning that there needed to be a “reality check” on the perception that middle-class welfare was growing out of control.

“I am sort of at odds, I guess, with both sides of politics at the moment on this issue,” Mr Howard said.

“Contrary to a growing perception in the media and to some extent across the political divide, the tax payments system in Australia relating to families is extremely well-targeted.

“I think our tax system, our payment system, has got to recognise the costs involved in the responsibilities of child-rearing.

“Some of you would probably violently disagree with that, and I accept that, but that’s been my view for 30 years. It’s not a view I developed in government.”

The Gillard government announced in this week’s budget it would abolish the $5,000 per child baby bonus from March next year. Eligible parents will receive an increase in Family Tax Benefit A to $2,000 for their first child and $1,000 for subsequent children, saving $2.3 billion over the forward years.

Opposition leader Tony Abbott is tipped to announce that he will support the axing of the baby bonus in his budget reply speech this evening.

Mr Howard praised the government’s disability care scheme but said he was sceptical of the Gonski education reforms, claiming that the key problem in the education system was the choice of content in the national curriculum.

He said Treasurer Wayne Swan had squandered a rare opportunity to present an aspirational vision to the public in his budget speech, instead using it to attack the opposition.

Mr Howard said the ALP was facing a cleavage between its traditional working-class base and a growing “inner-city urban elite”, causing tensions within the party.

He also warned the business community not to become “mesmerised” by China, which he said would face challenges in the coming years as it dealt with an ageing population and the likelihood of resistance against an authoritarian government from a growing middle class.