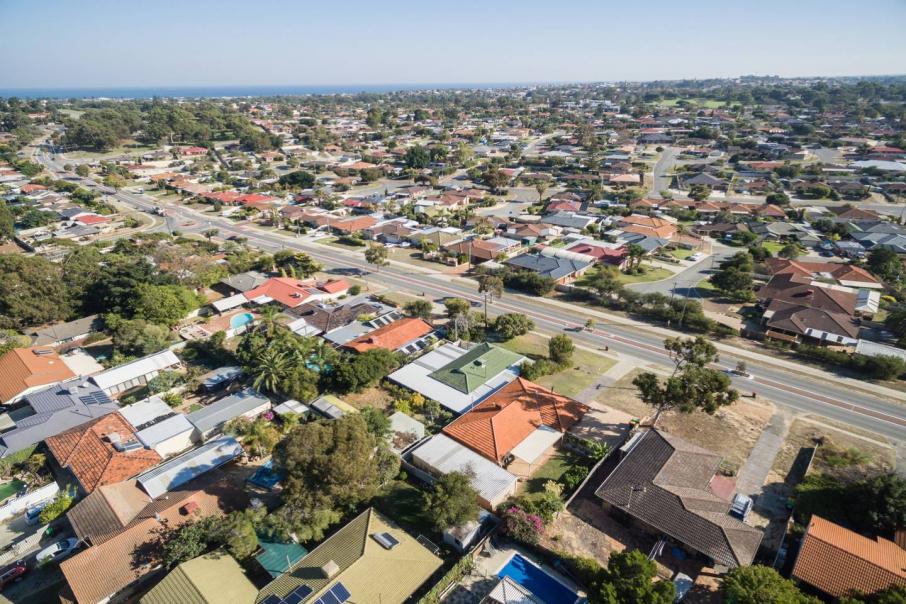 Across the capital cities, only Canberra (up 0.6 per cent) and Adelaide (up 0.1 per cent) recorded a rise in dwelling values over the month according to the Index, while Melbourne and Sydney led the decline recording the largest month-on-month falls.

“The impact from COVID-19 on housing values has been orderly to-date, with CoreLogic’s national index falling only 1.6 per cent since the recent high in April and housing turnover has recovered quickly after its sharp fall in late March and April,” Mr Lawless said.

“Advertised supply levels have remained tight, with the total number of properties for sale falling a further 4.3 per cent in the four weeks to July 27th, sitting 15.2 per cent below where they were this time last year.

Mr Lawless said the medium term outlook remained skewed to the downside, looking ahead to fiscal support tapering from October.

“Urgent sales are likely to become more common as we approach these milestones, which will test the market’s resilience,” he said.

“Similarly, the recent concerns of a second wave of the virus and the potential for renewed border closures and stricter social distancing polices are likely to further push consumer sentiment down.

“This is likely to weigh on both home buying and selling activity more broadly.”

AMP Capital has gloomier predictions for the market, revising its base case for the decline in national average property prices (to a drop of 10-15 per cent instead of a 5-10 per cent fall) since Melbourne’s recent lockdown.

“Adelaide, Brisbane and Hobart are only likely to see falls around 5 per cent and Canberra prices are likely to be flat to up,” he said.

“Perth looks a bit more fragile despite having seen a 22.3 per cent decline from its 2014 high and so prices there are likely to fall 5-10 per cent.

“However, if the resurgence in coronavirus cases in Victoria morphs into a broader “second wave” of cases across Australia necessitating a renewed economy wide lockdown and a renewed broad based downturn in the economy then the likelihood of a 20 per cent plus decline in prices will escalate.

“We are also assuming more government stimulus to be announced in the months ahead – but if it’s not forthcoming it would also add to the risk of a sharper fall in property prices than in our base case.”

The WA housing market’s sales activity (of all dwelling types; houses, units and land) was also down in July, with activity dropping 36 per cent compared to June, according to the Real Estate Institute of Western Australia.

Volumes were however up 68 per cent compared to April and REIWA president Damian Collins said it was good to see levels pick back up to where they were before the pandemic hit.

“While there are no surprises with the increase in land sales for the month, which saw a 121 per cent increase compared to April, it was pleasing to see that both houses (up 58 per cent) and unit sales (up 51 per cent) also saw a significant increase,” Mr Collins said.

“On an annual basis, prices lowered slightly, with the median house price only 2.3 per cent lower than it was in July 2019.

“East Fremantle saw the biggest growth in median house price for the month with a 4.8 per cent increase, this was followed by Pinjarra (up 3.3 per cent), Rivervale (up 2.9 per cent), Forrestfield (2.7 per cent) and Yangebup (up 2.5 per cent).”

According to reiwa.com data, Byford had a 92 per cent increase in sales activity compared to June, which was closely followed by Port Kennedy (up 88 per cent), Quinns Rocks (up 50 per cent), Heathridge (up 42 per cent) and Banksia Grove (up 38 per cent).

Listings for sale in the Perth metro area recorded a small 3 per cent lift compared to June.

“With the increase in sales activity, it is good to see a slight increase in the number of listings for sale, which demonstrate those who were considering selling their property are looking at the favourable market conditions and choosing to now sell,” Mr Collins said.

“While we have seen a slight increase in listings this month, the number of properties for sale are actually 25 per cent lower than July 2019.”